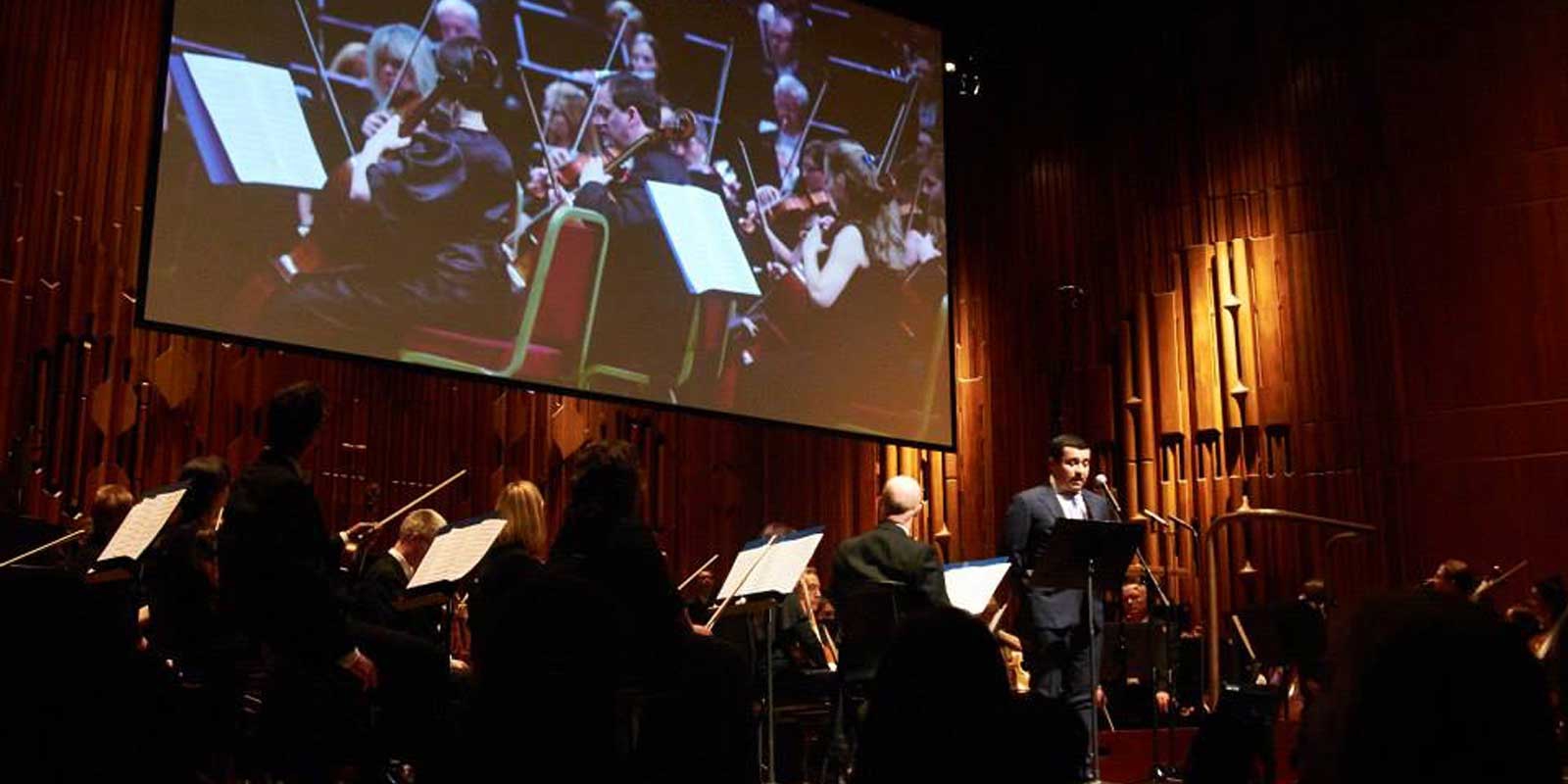 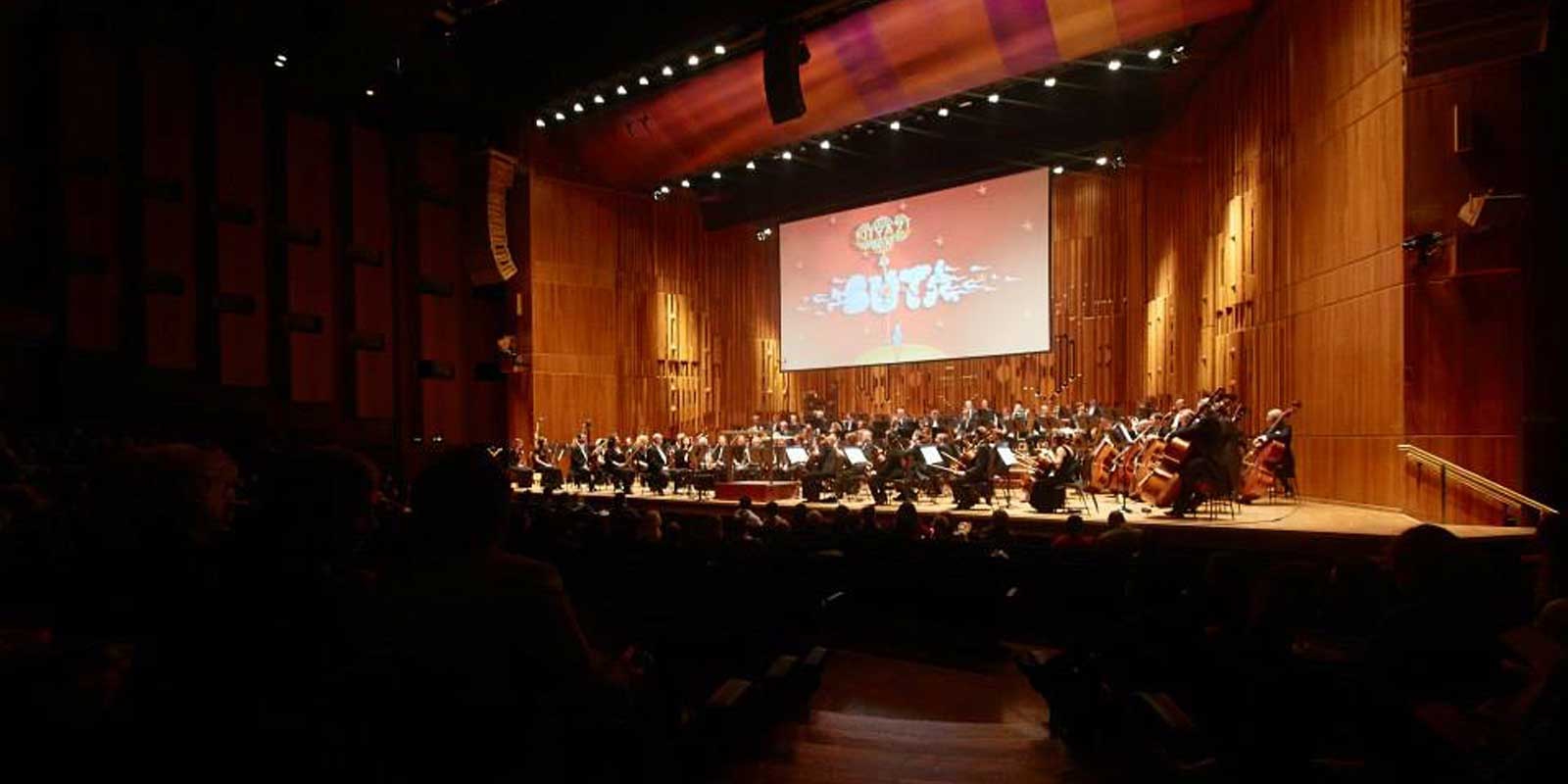 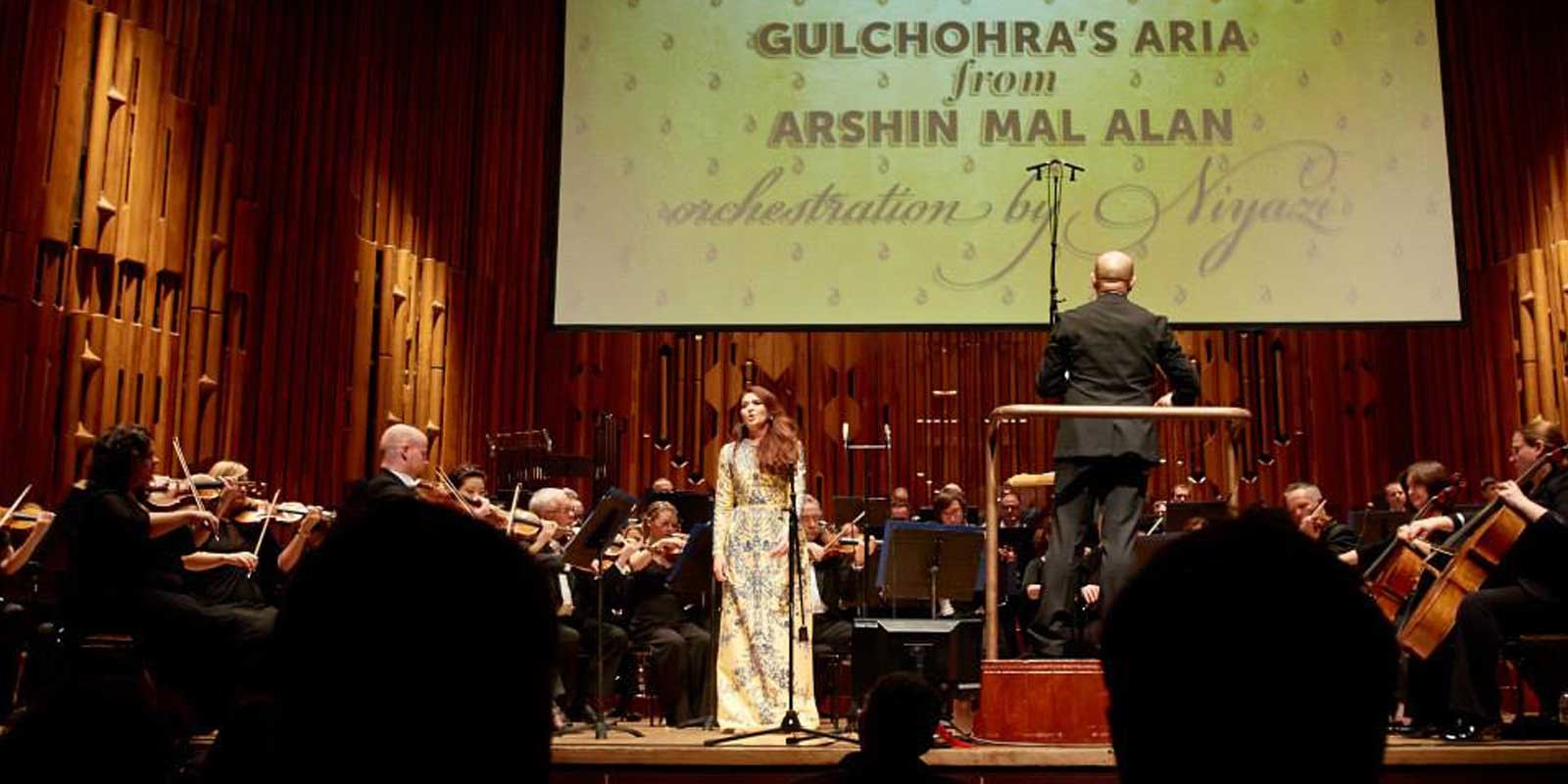 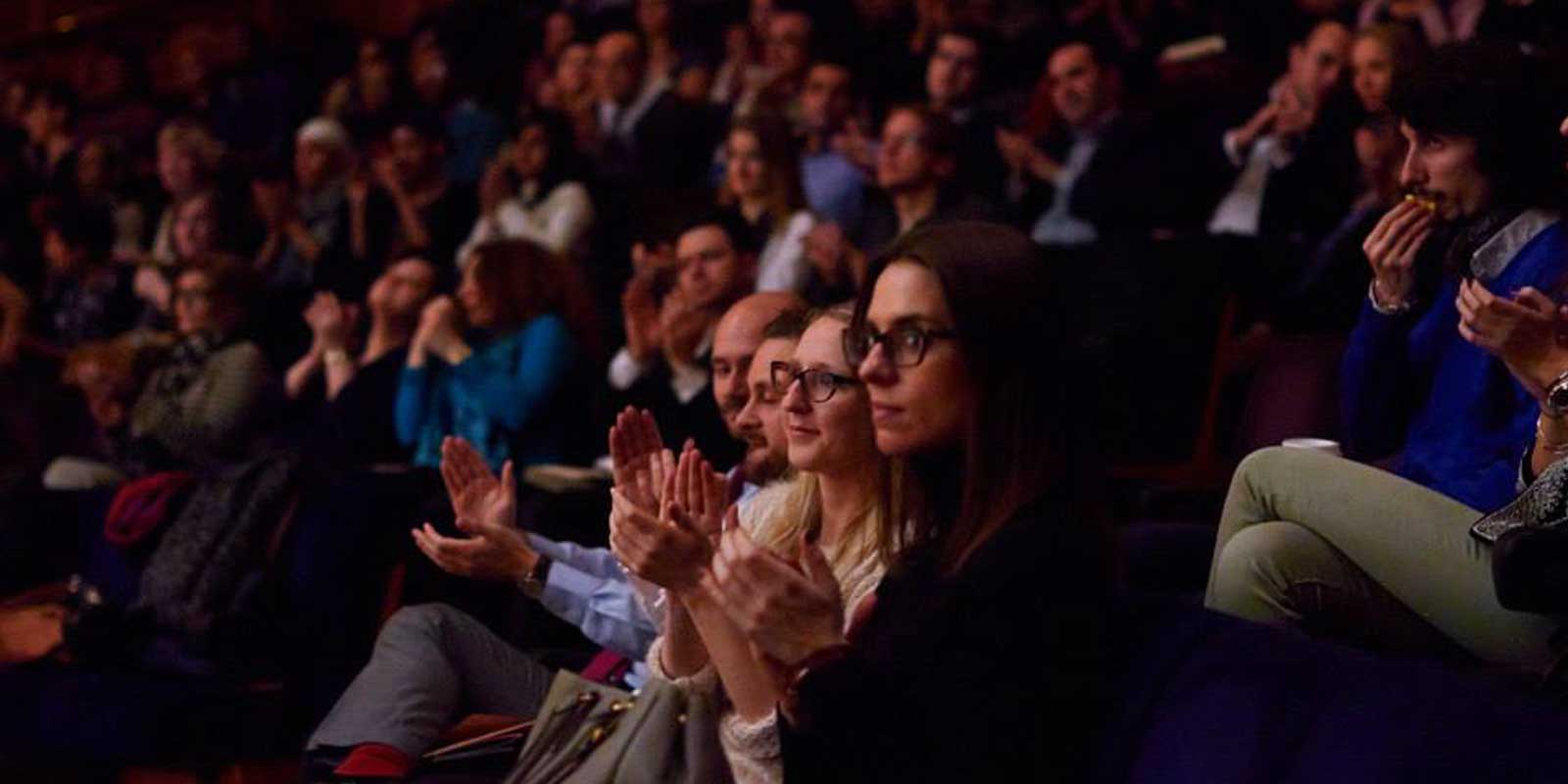 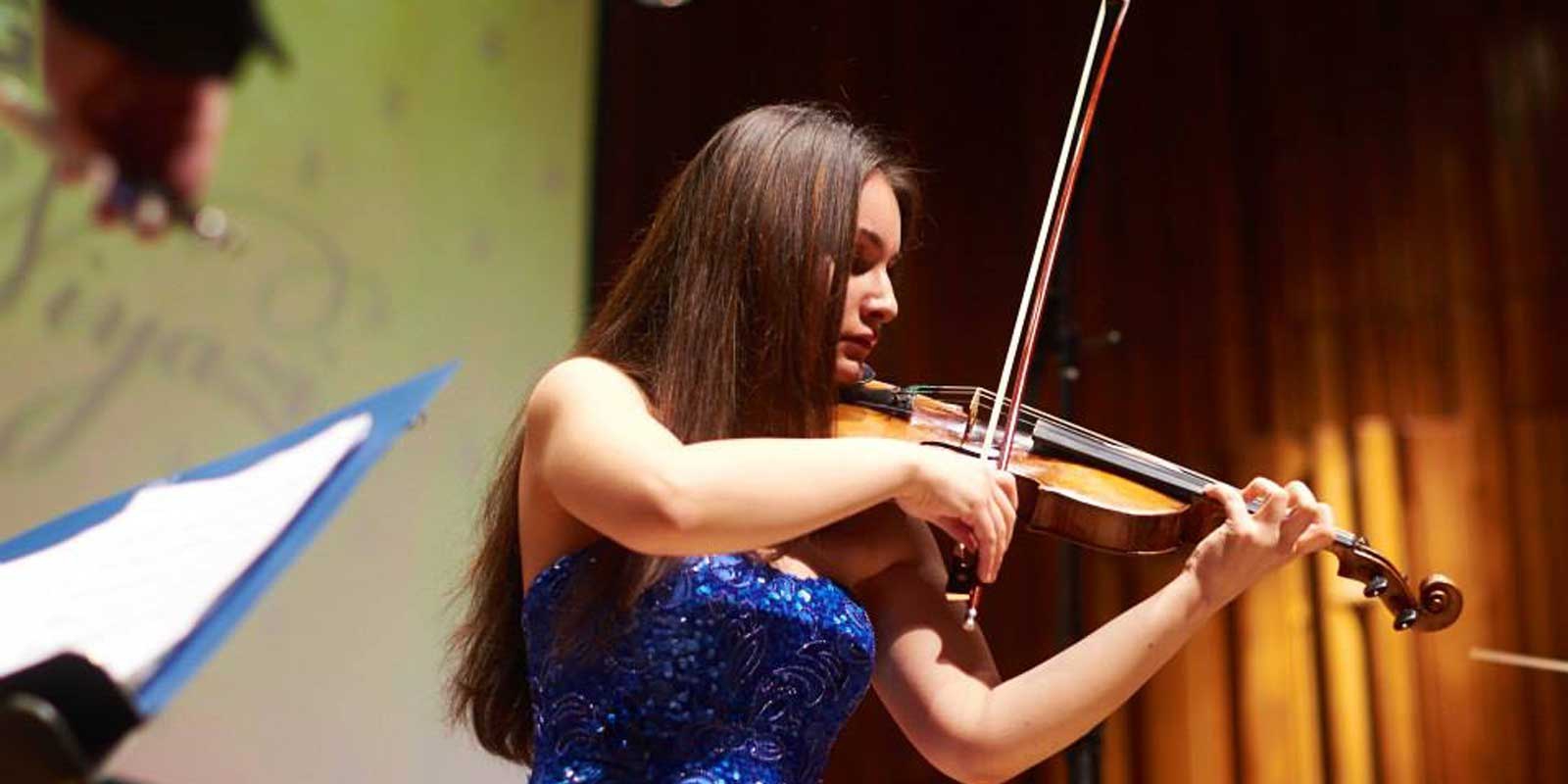 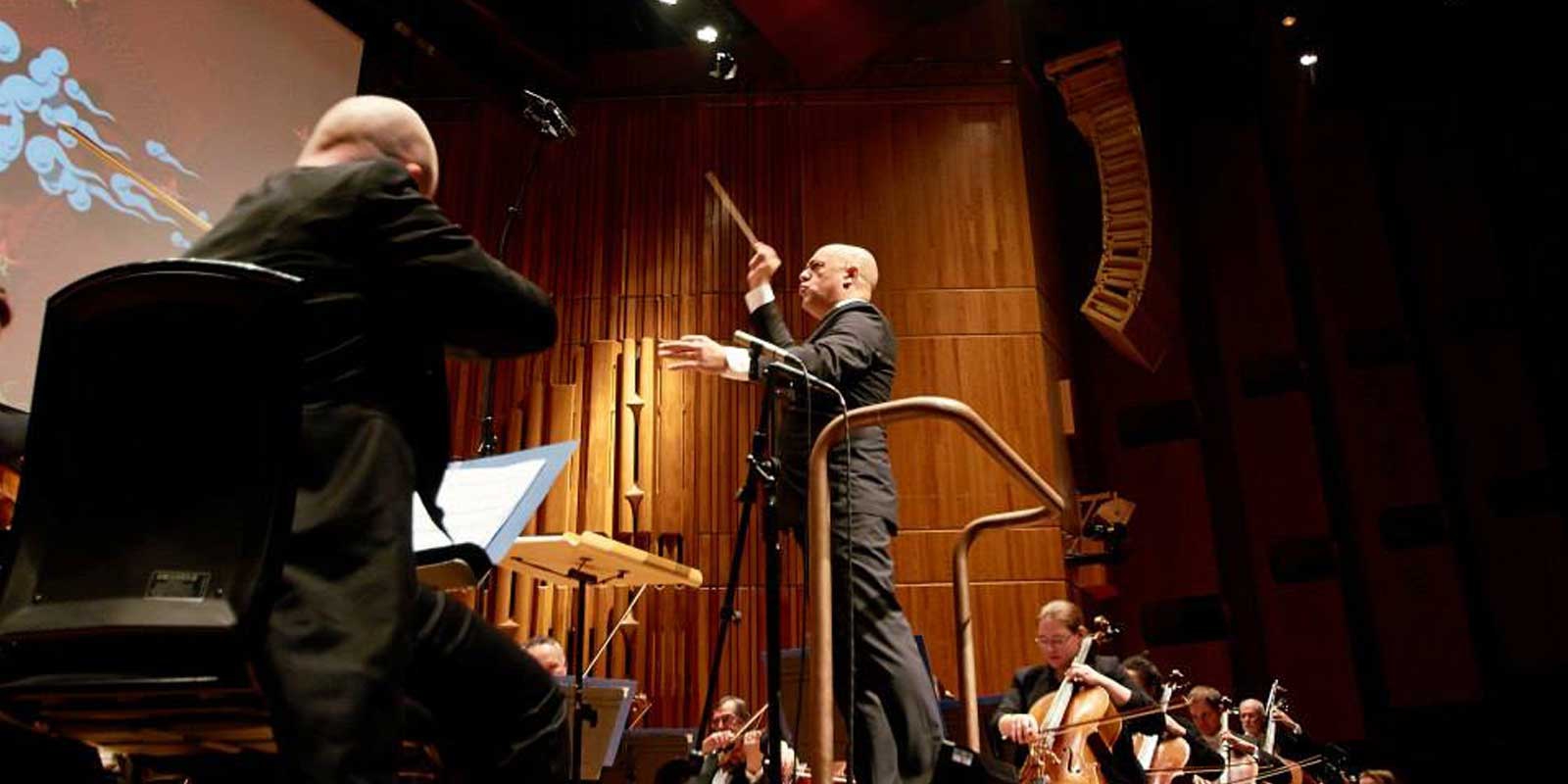 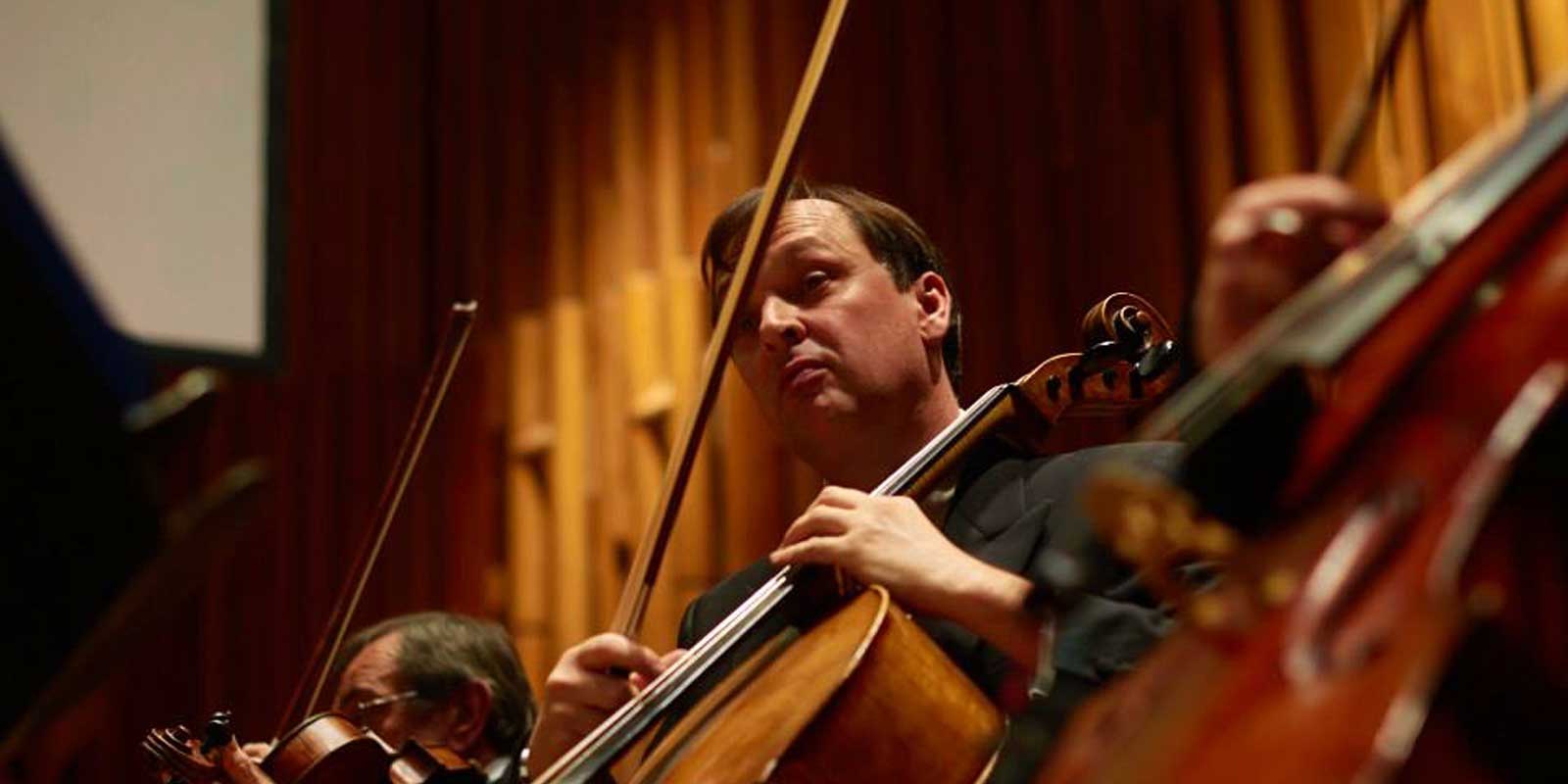 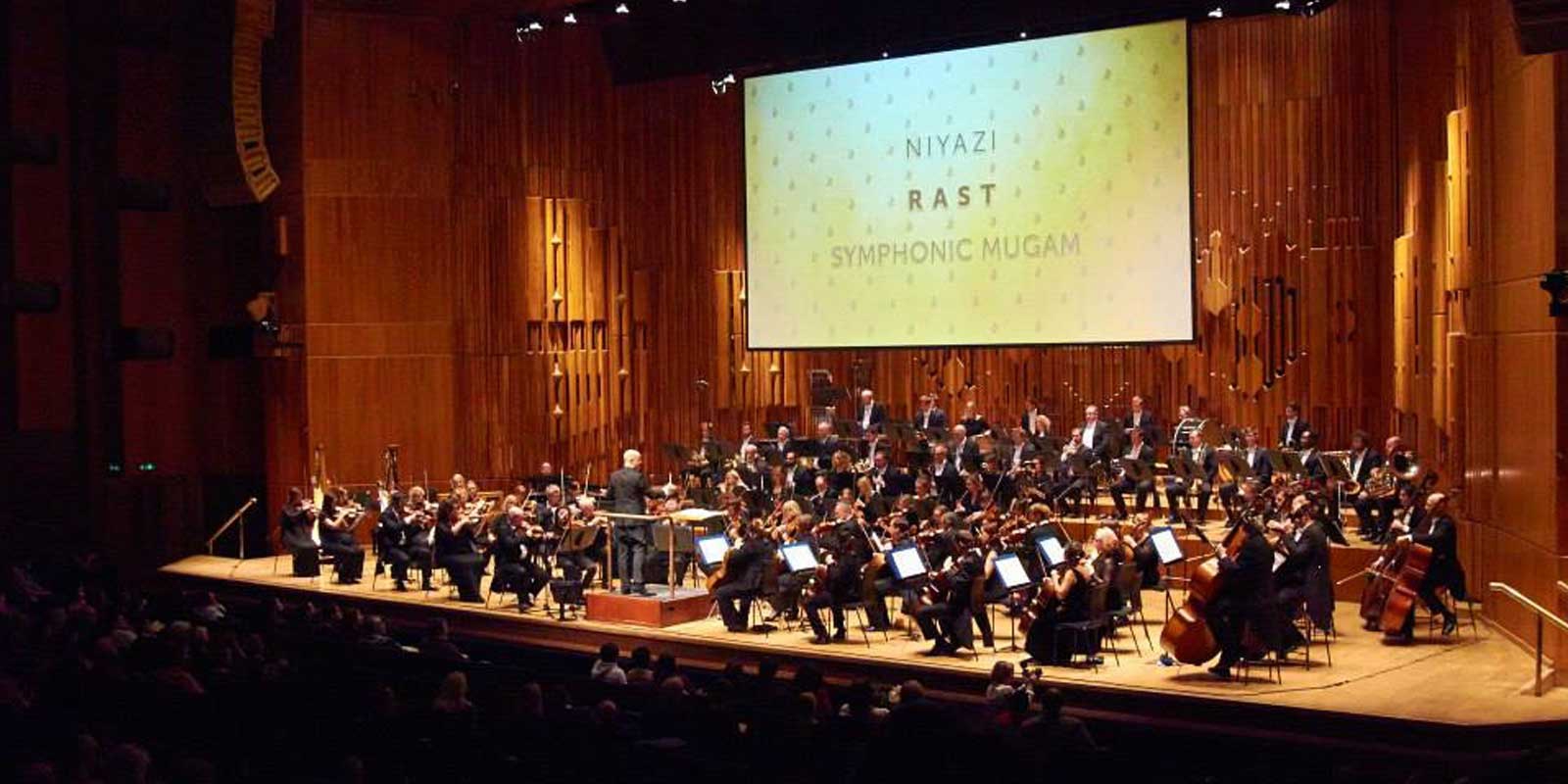 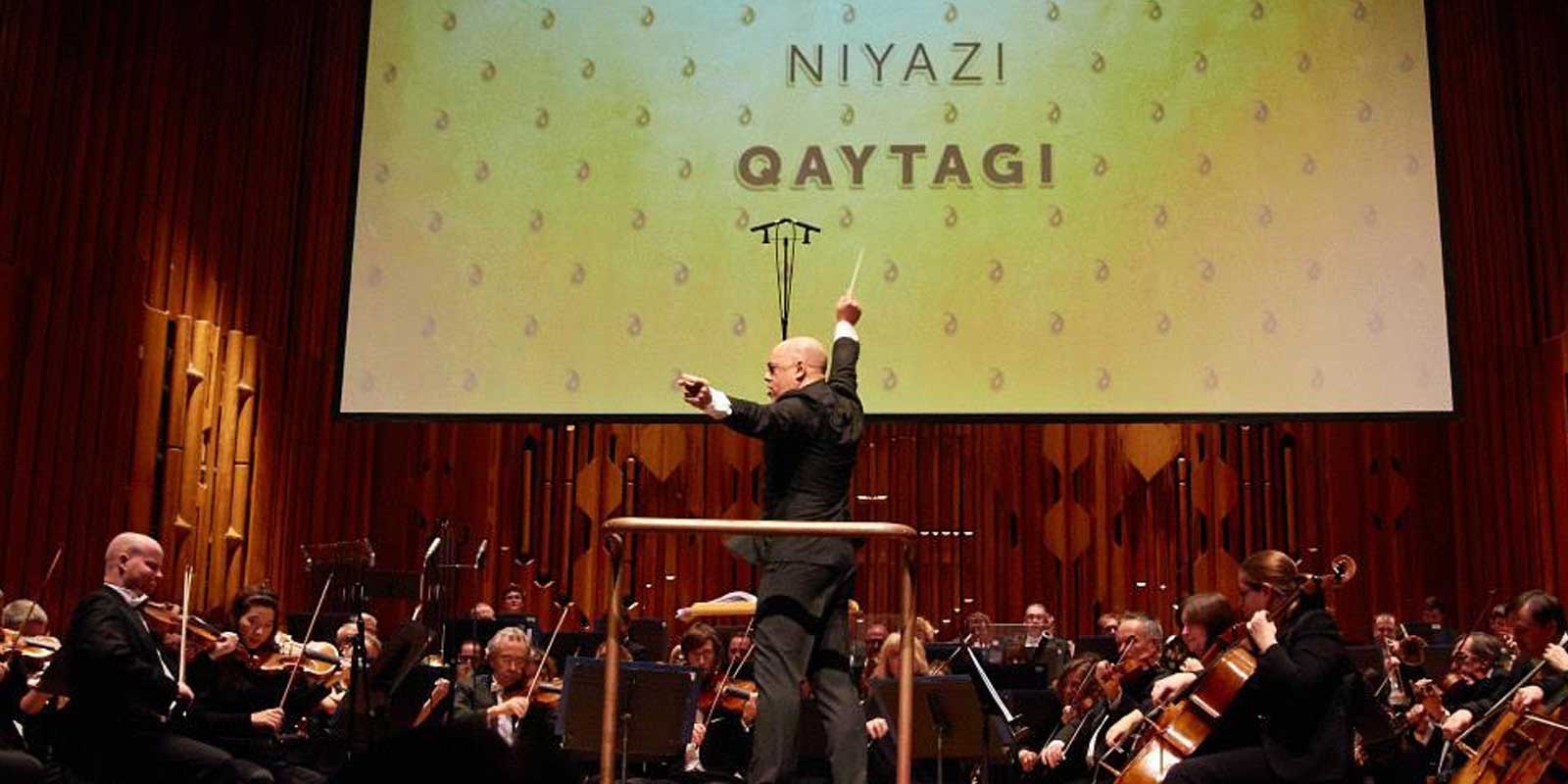 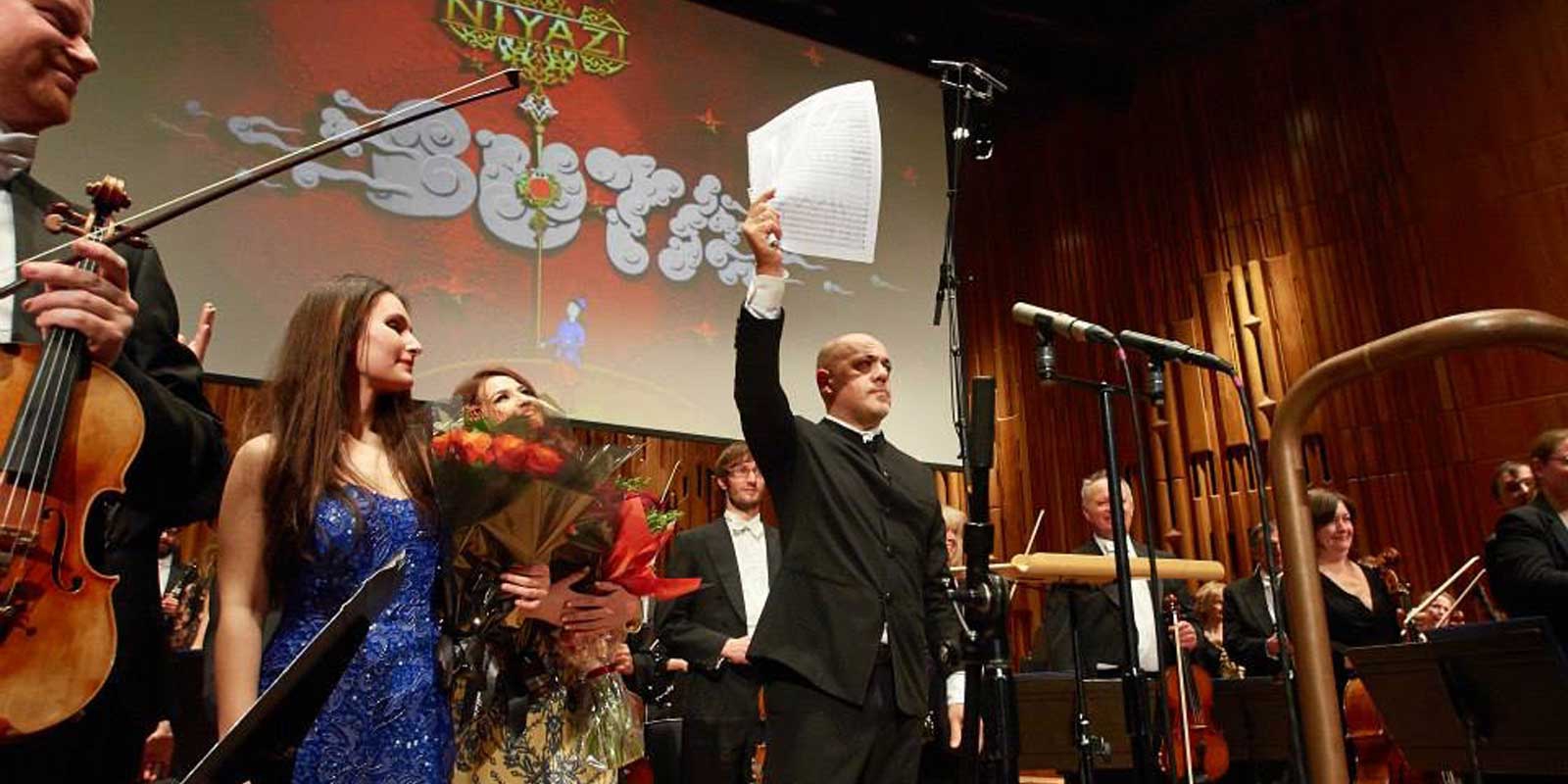 I warmly welcome you all to tonight’s concert, dedicated to the great maestro Niyazi, probably the most important figure in Azerbaijan’s classical music scene during the Soviet era. And, in keeping with one of the key themes of Buta’s Second Festival of Azerbaijani Arts he was a figure who helped to bridge the gap between East and West. His musical life, whether as a conductor tirelessly promoting the work of his compatriots on the concert stages of the USSR or as a composer ever trying to combine classical forms with Azerbaijani traditions, Niyazi was an important and imaginative part of the cultural fusion that remains so vital to our country’s creative life today.

Throughout his career Niyazi’s work straddled the traditions of Azerbaijan’s native music and the great classical canon of Europe. Indeed, it was the Soviets’ interest in developing the national music of the different republics of the USSR that helped catapult the young musician to stardom. His big break came in 1938 when Moscow’s world-famous Bolshoi Theatre planned a season of opera and ballet from Azerbaijan, eager to promote the great strides taken in the early part of the 20th century to bring together the disparate traditions of our national culture and the dramatic arts of Europe and Russia. Uzeyir Hajibeyli was the obvious choice to take the baton for this festival, but he was struck by illness on the eve of the performance of his opera ‘The Cloth Peddler’. Niyazi, his understudy, stepped up and directed a performance that thrilled audiences far beyond the opulent surroundings of that historic Moscow stage.

Our programme tonight reflects many facets of Niyazi’s music, from his own compositions to the music he championed by the great composers of his homeland. And it’s fitting that our performers tonight, conductor Yalchin Adigezalov, violinist Nasrin Rashidova and soprano Seljan Nasibli are three talented musicians from Azerbaijan, each of whom is following in Niyazi’s footsteps by promoting the music of their native country on the international stage.

Yalchin Adigezalov was born into a prominent musical family in Baku and has established himself as one of Azerbaijan’s top conductors. A graduate of the conservatoires in Baku, St. Petersburg and Vienna, he has performed throughout Europe and North America. He returns to London after a successful performance in March 2014 when he led the Royal Philharmonic Concert Orchestra in a program of Azerbaijani classics, including Niyazi’s ‘Arzu’. He is also an experienced figure on the theatre stage, where he has worked as chief conductor of the Istanbul Opera and Ballet theatre and collaborated with award-winning director Dmitry Bertman at Moscow’s Helikon Opera.

Soprano Seljan Nasibli is an emerging talent
in the classical music world. Earlier this year she completed a Masters degree at London’s Royal College of Music, and since then she’s already taken on the role of Donna Anna in Westminster Opera’s production of Don Giovanni. As well as developing her own career, Seljan has also worked on the ‘Sounds of Azerbaijan’ project in her native Baku. This began as a small-scale event when she was just 15, but has expanded in recent years and is a valuable support for young performers in Azerbaijan who are looking for support to launch their careers.

Born into “a family of crazy violinists” in Baku, young Nazrin Rashidova has already achieved a huge amount in her career. She made her concert debut as a three-year-old in Baku’s 1991 September festival and by the age of six she was an established international performer, winning a gold medal for an exceptional recital at the Cairo Opera House and appearing with two orchestras in Egypt. In 1995 she came to London, studying first at the Purcell School then the Royal Academy. In 2008 she formed the women-only Femusa ensemble, with whom she appeared in the first Buta Festival in 2010.

Singing prodigy Jabi was born in 2002 in the Agsu region of central Azerbaijan. His vocal talents were recognised at a young age, and in 2011 he started studying at a specialist arts school. In the same year he was awarded a diploma at the 3rd International Children’s Music Festival, and the following year he won a diploma from the festival to mark the 115th anniversary of the famous singer Bul-Bul. In 2013 he took third place in the International Children’s Music Festival. He is currently continuing his studies at the Republican Arts Gymnasium.

Niyazi grew up in a highly musical background. His father Zulfugar Hajibeyli, was a composer and his uncle was the great Uzeyir Hajibeyli, the first great pioneer of Azerbaijani classical music. Those family connections are also present in this concert with two of Uzeyir’s works performed in orchestrations by Niyazi. The overture to the opera ‘Koroglu’ is something of an unofficial national anthem for Azerbaijanis, reflecting the affection for this dramatic musical telling of an intensely patriotic story.

Uzeyir’s suite from his 1913 opera Arshin Mal Alan (The Cloth Peddler), also orchestrated by Niyazi, recalls the maestro’s great breakthrough at the age of just 26. A 1938 festival of the creativity of the Soviet peoples was set to showcase Azerbaijani opera at the world-famous Bolshoi Theatre in Moscow. Uzeyir was due to direct the performances, but fell ill – leaving Niyazi to step in as a late substitute. Far from being overawed by the occasion, even at a time when even cultural activity in the USSR came under the intense scrutiny of the Communist authorities, the young musician delivered a series of stirring performances to secure himself a reputation that endured throughout his life and even after his death in 1982. His fame spread beyond the Soviet Union: he conducted with the famous pianist Van Cliburn and won the Nehru award from the Indian government for his 1971 ballet ‘Chitra’, based on Indian themes and harking back to the long connections between Azerbaijan – the land of fire – and the Zoroastrians of India who built temples on the Absheron peninsula.

Leading Azerbaijani conductor Yilchan Adigezalov takes up Niyazi’s baton to take the Royal Philharmonic Concert Orchestra through tonight’s performance. Adigezalov is a committed advocate of Niyazi’s music and owns several of the original manuscripts of the maestro’s work.

Niyazi, a gifted composer and charismatic conductor, was one of the biggest names in Azerbaijan’s musical life.

Throughout the 20th century he was a towering figure in the cultural scene not only of Baku but the USSR and beyond. As a conductor he was a renowned interpreter of the great Soviet composers, including his friends Shostakovich and Kabelevsky; as a composer he developed a masterful blend of western classical music and the traditions of his native land.

In the words of his wife, Hajar Khanum, Niyazi had “an incredible charisma that made people fall in love with him. Audiences were mesmerized with his sense of rhythm, the fluidity of his music and his great passion”. That passion saw the couple elope to wed far from the eyes of her angry family, and also burns through Niyazi’s compositions. The great symphonic mugham, ‘Rast’, which concludes this concert, is based on one of the seven modes of mugham and characteristically Niyazi chooses the sounds intended to inspire courage and good cheer in listeners. His lushly romantic aria ‘Arzu’ – Desire – became one of his best- loved compositions, championed by the great Azerbaijani tenor Muslim Magomayev among many other top performers of the Soviet era.