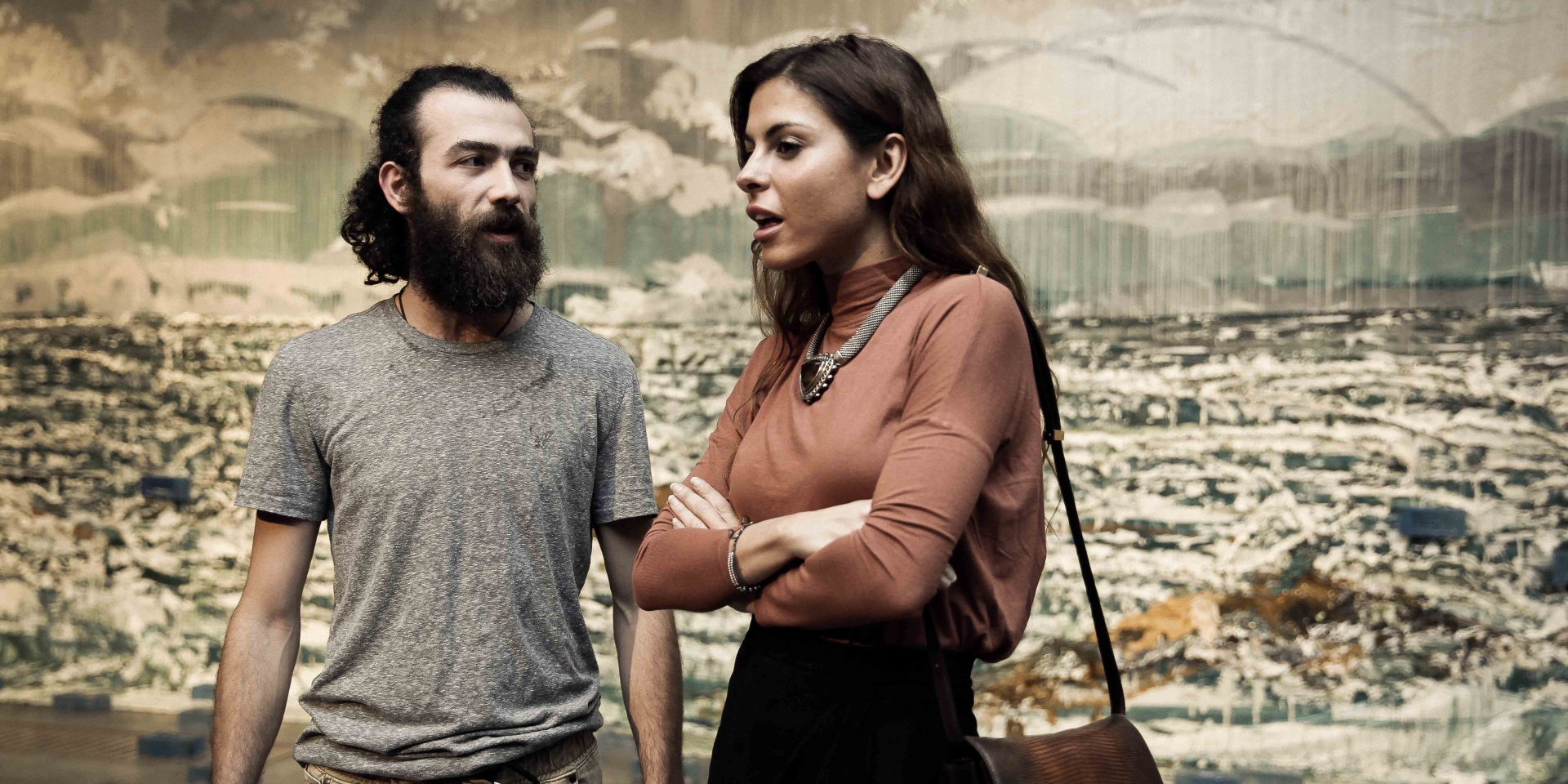 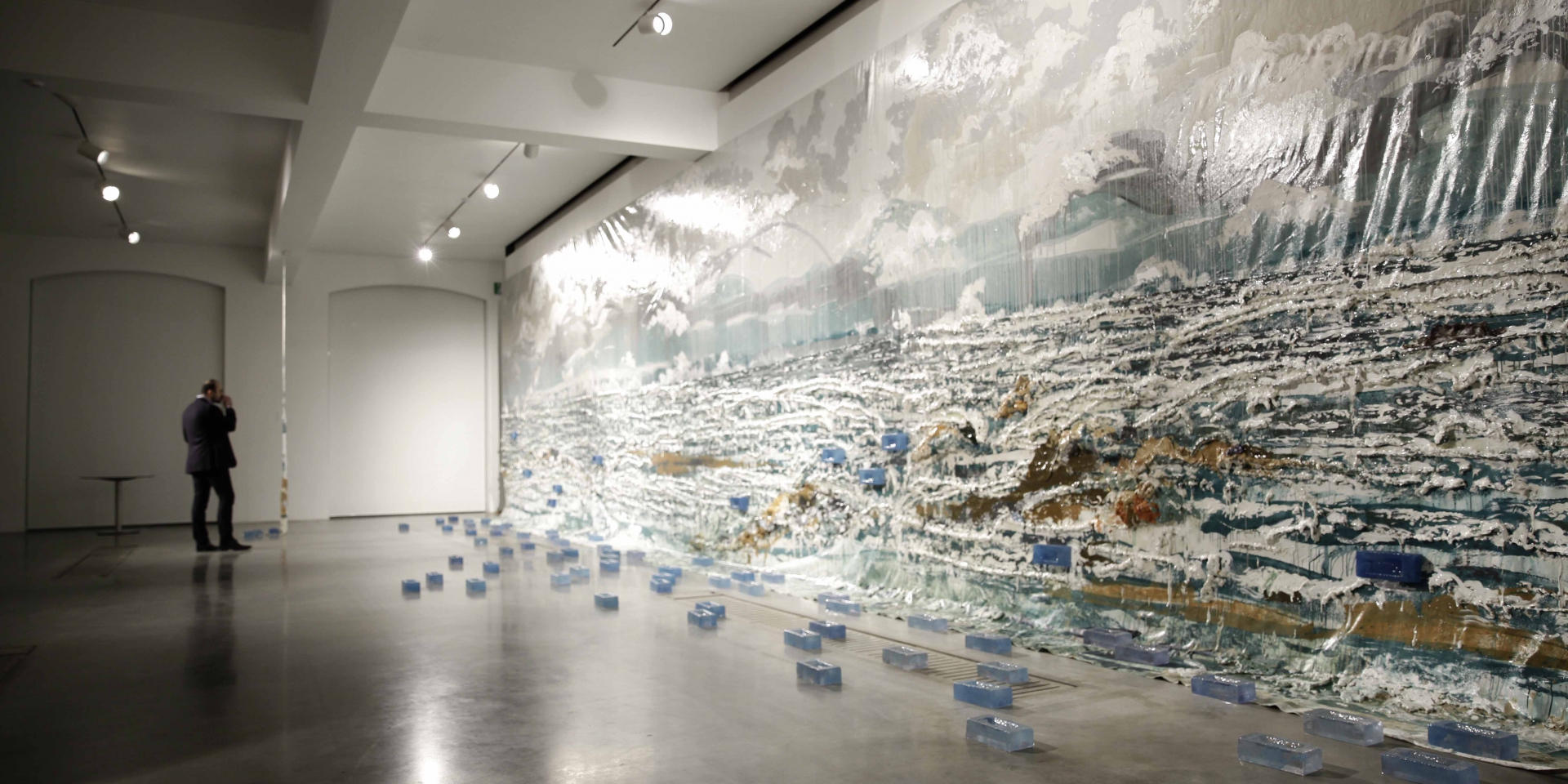 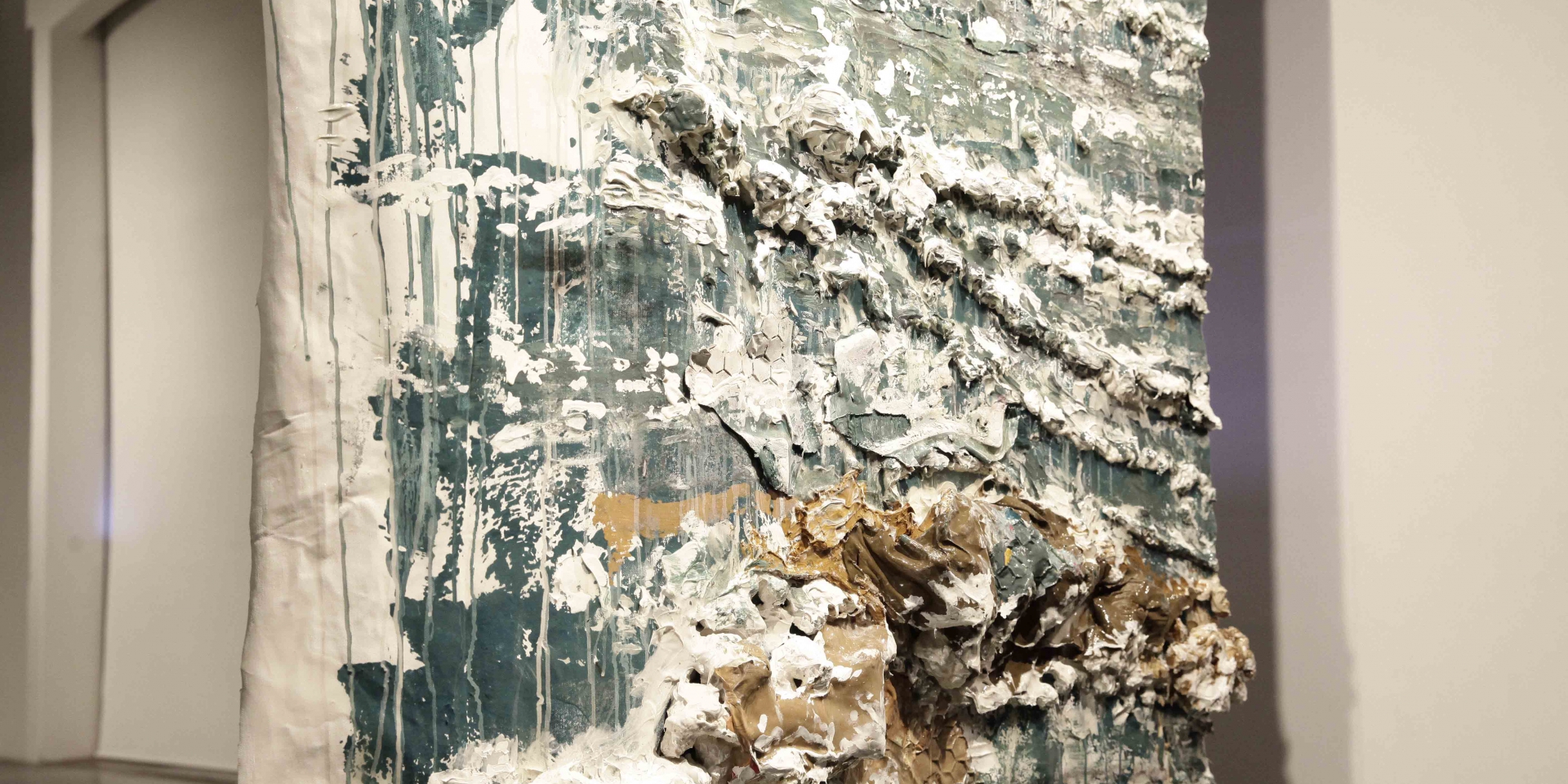 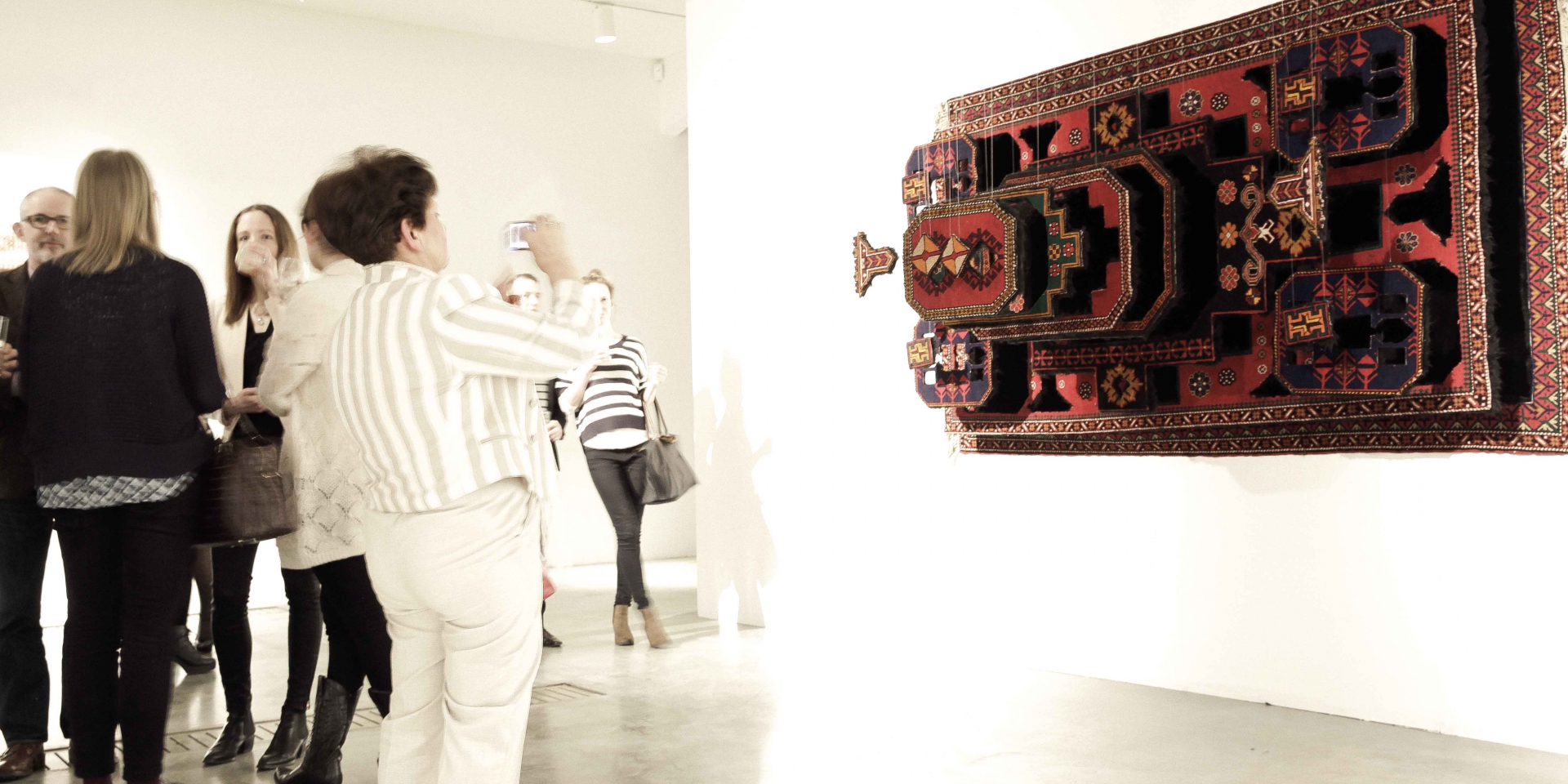 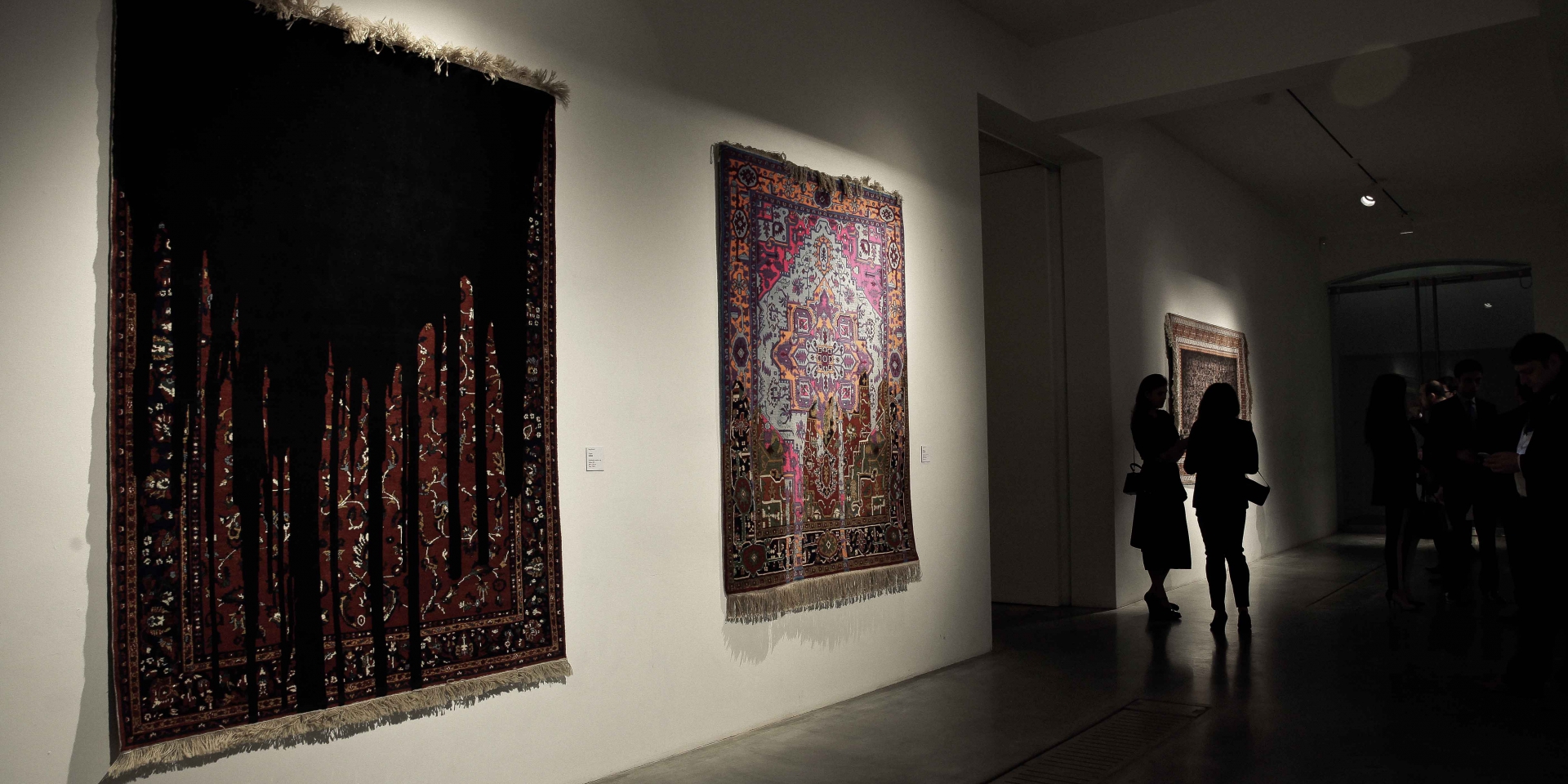 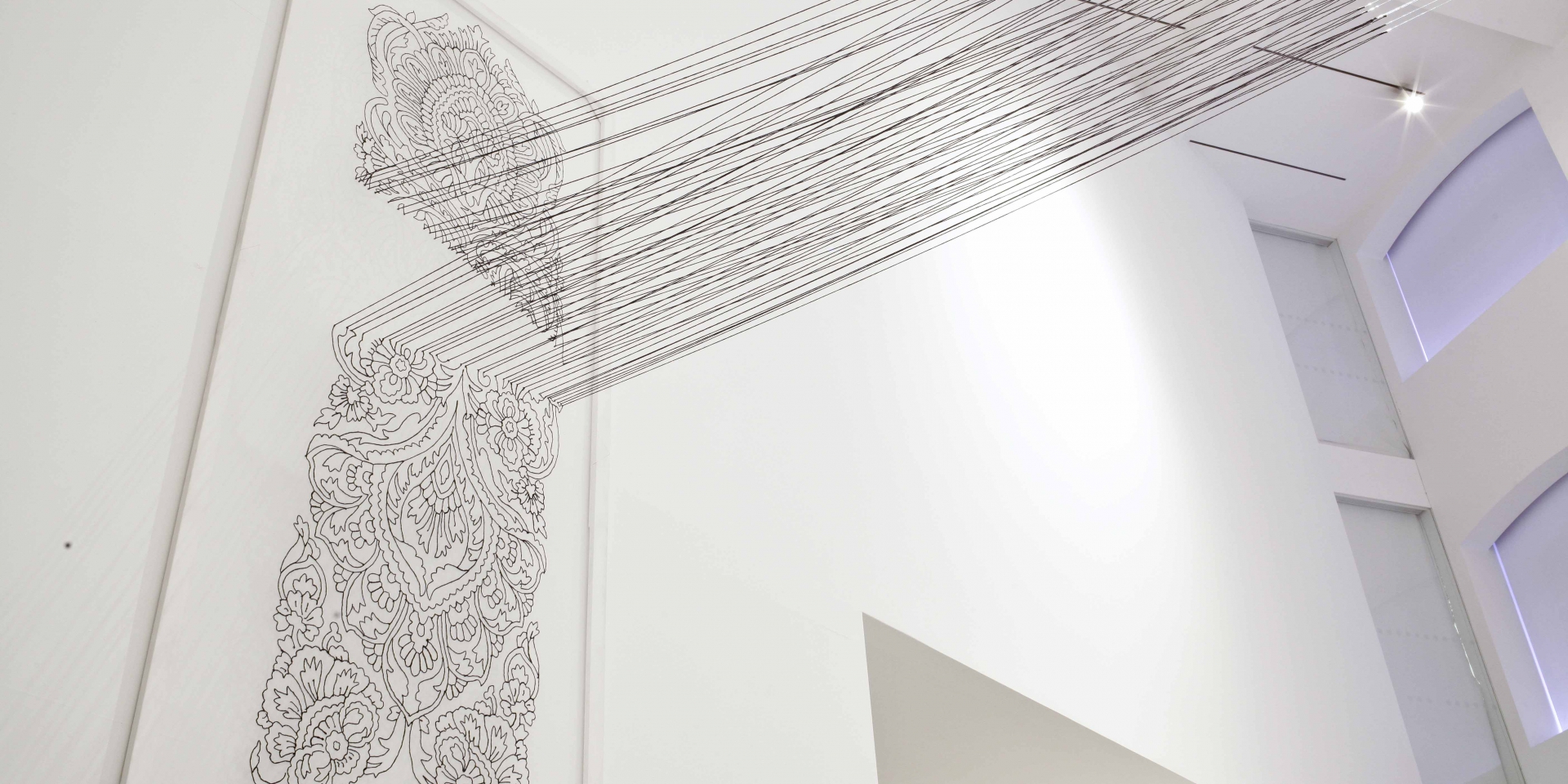 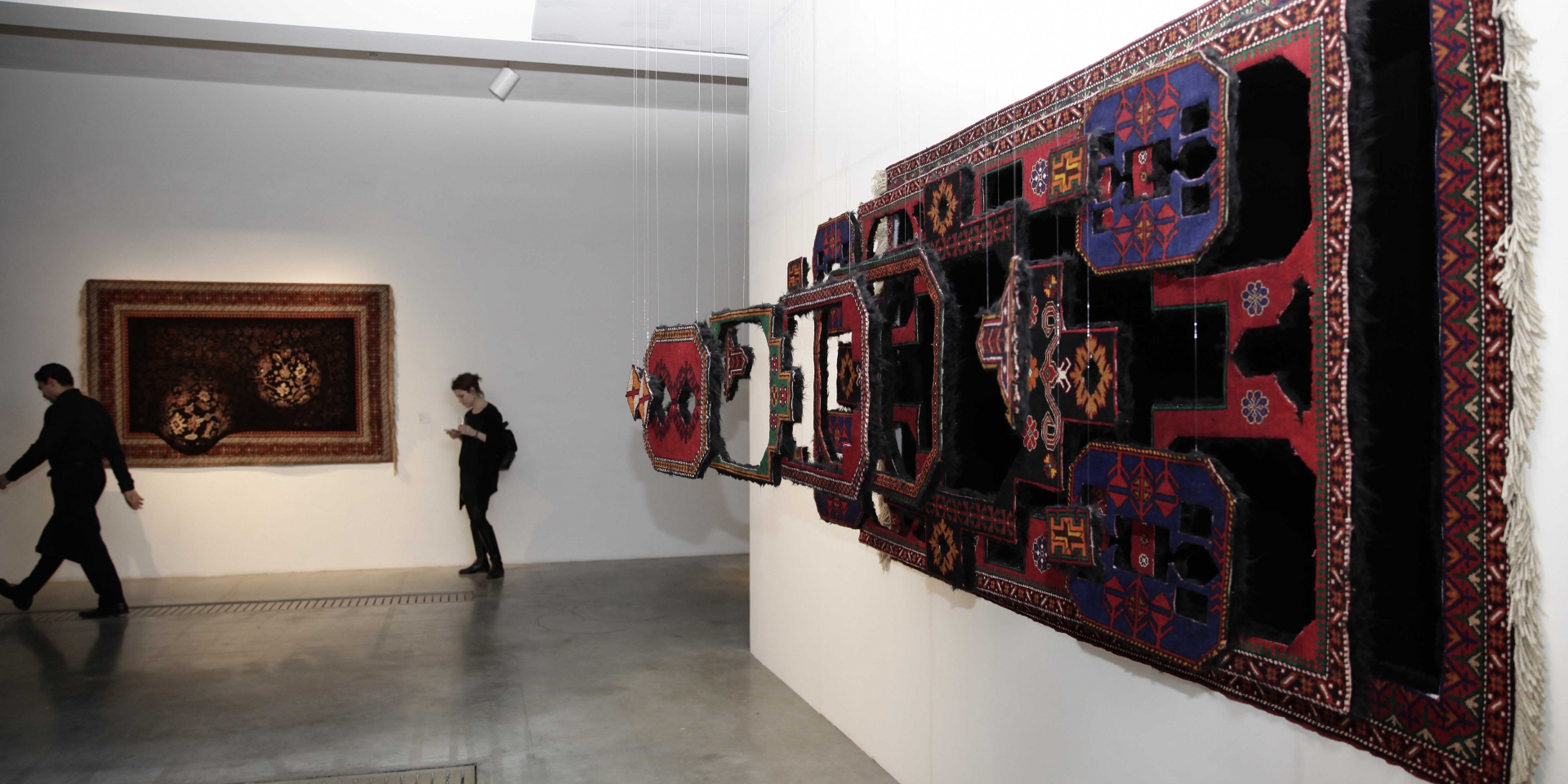 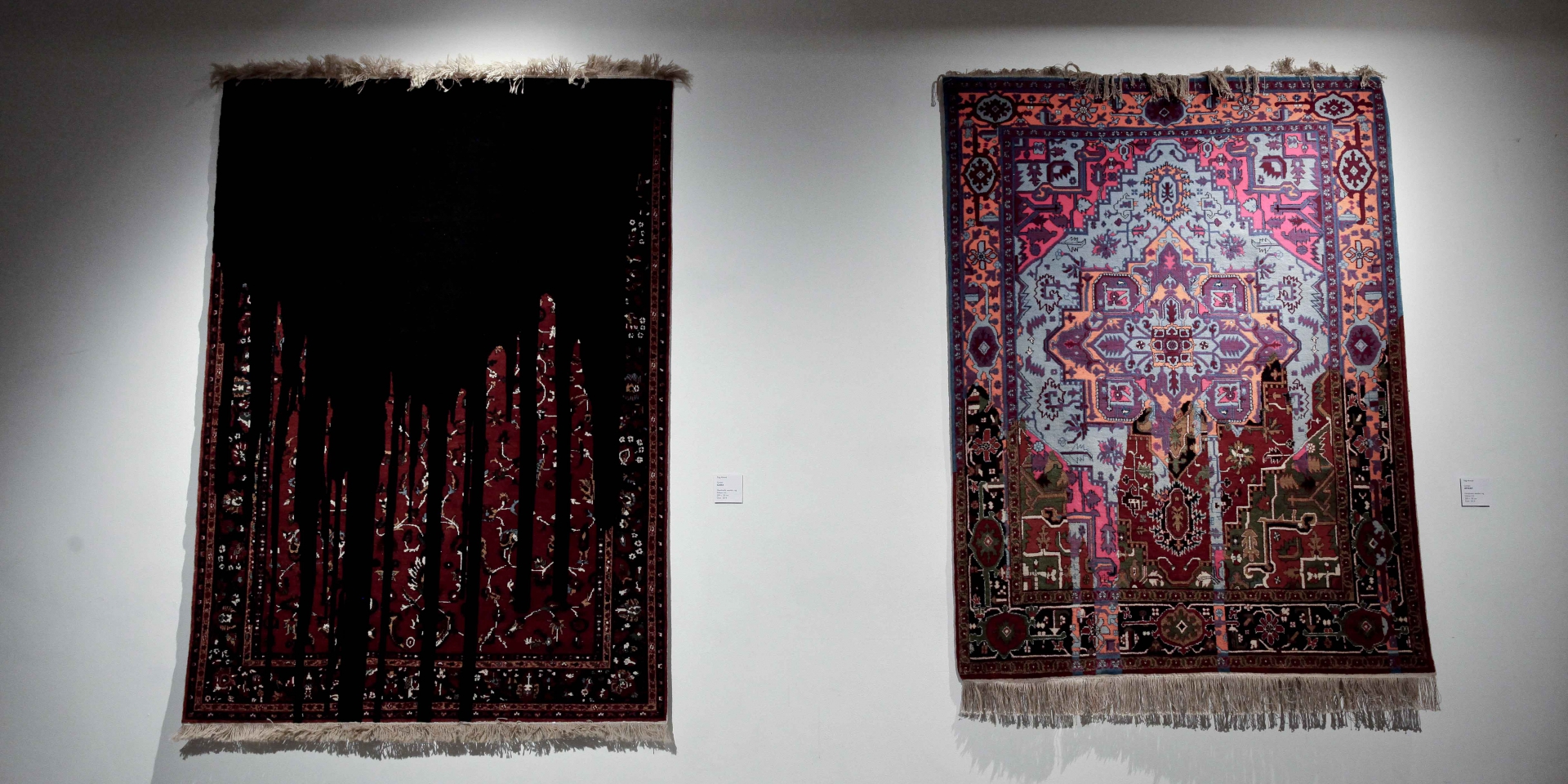 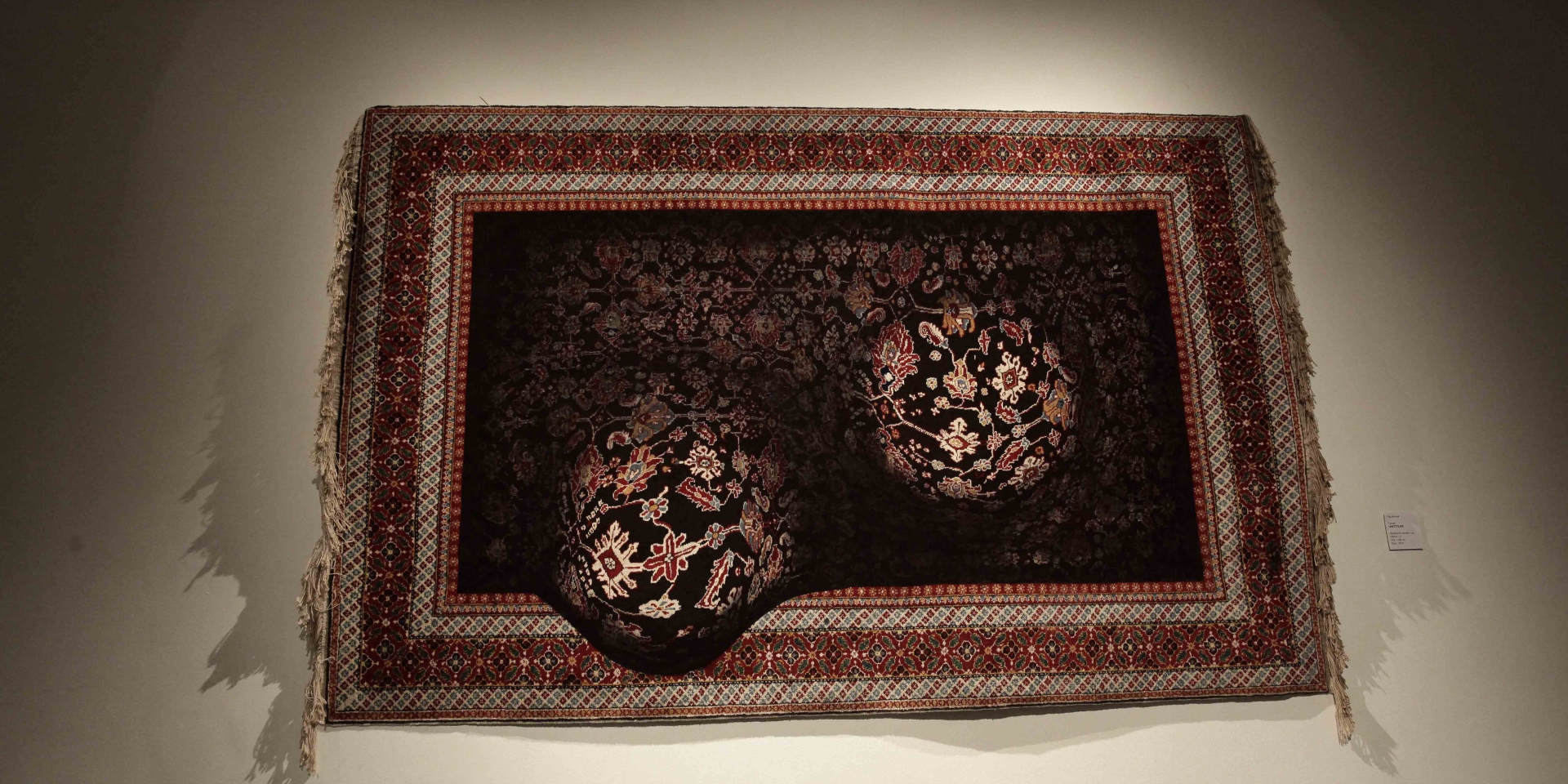 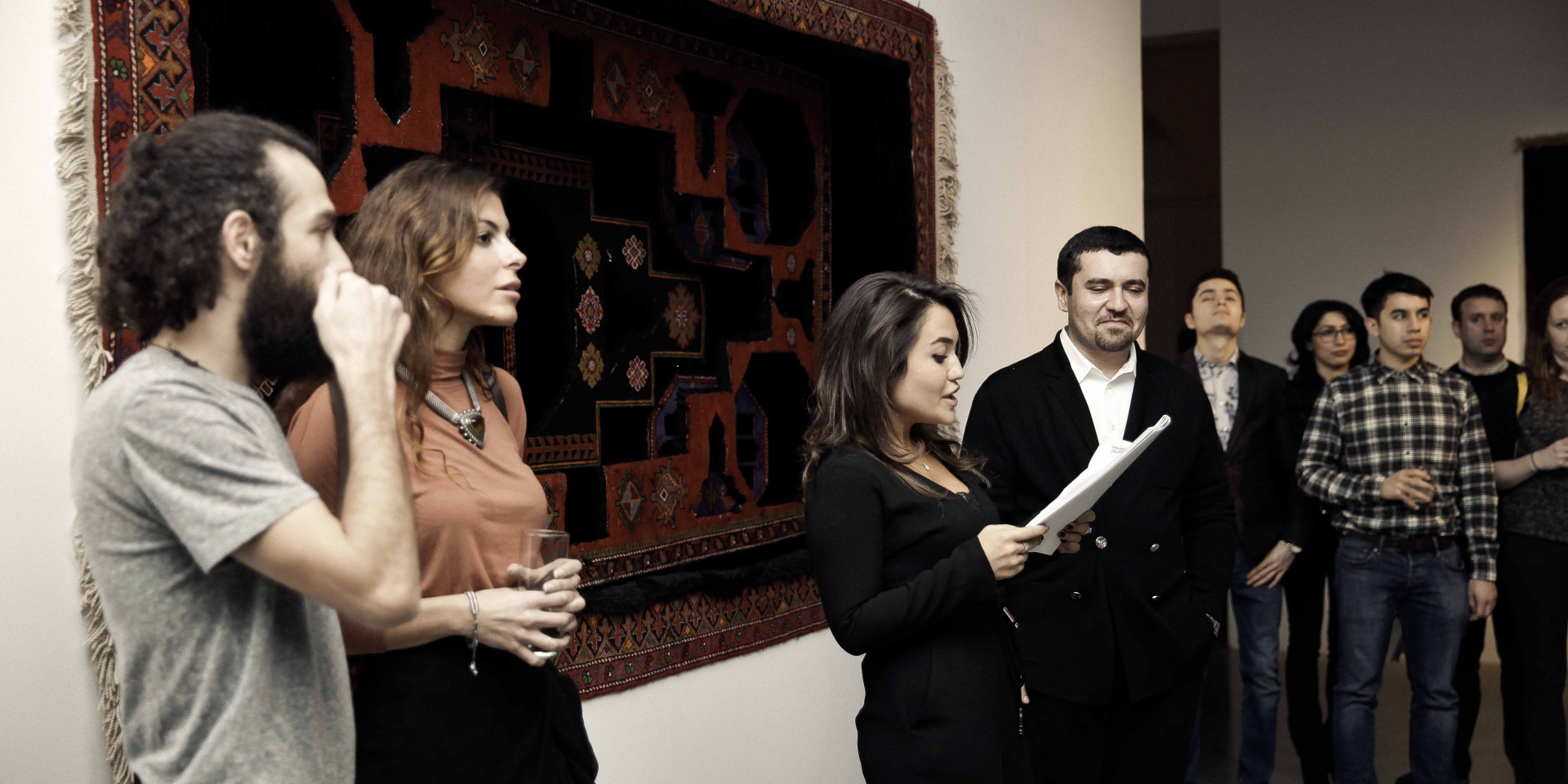 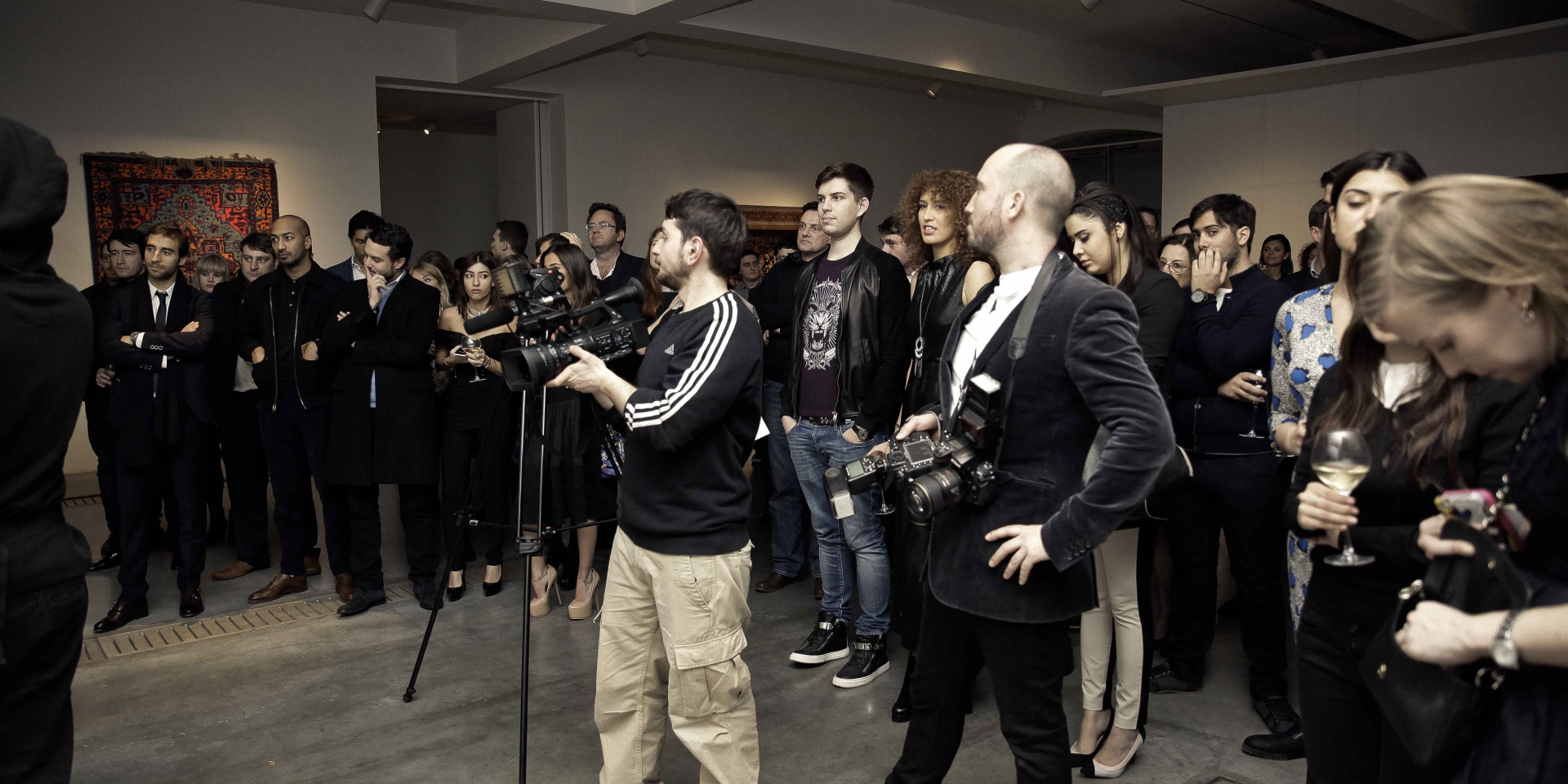 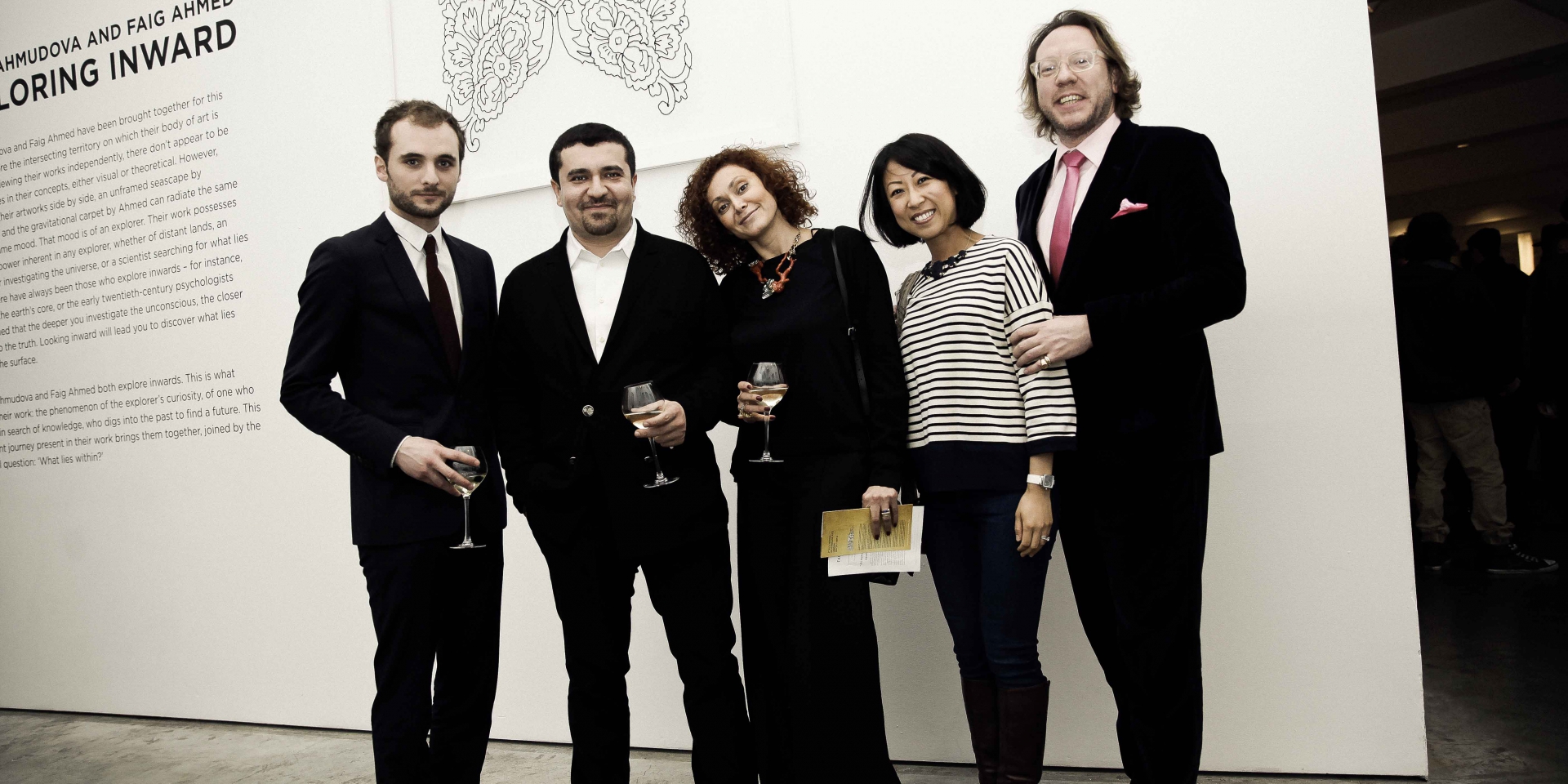 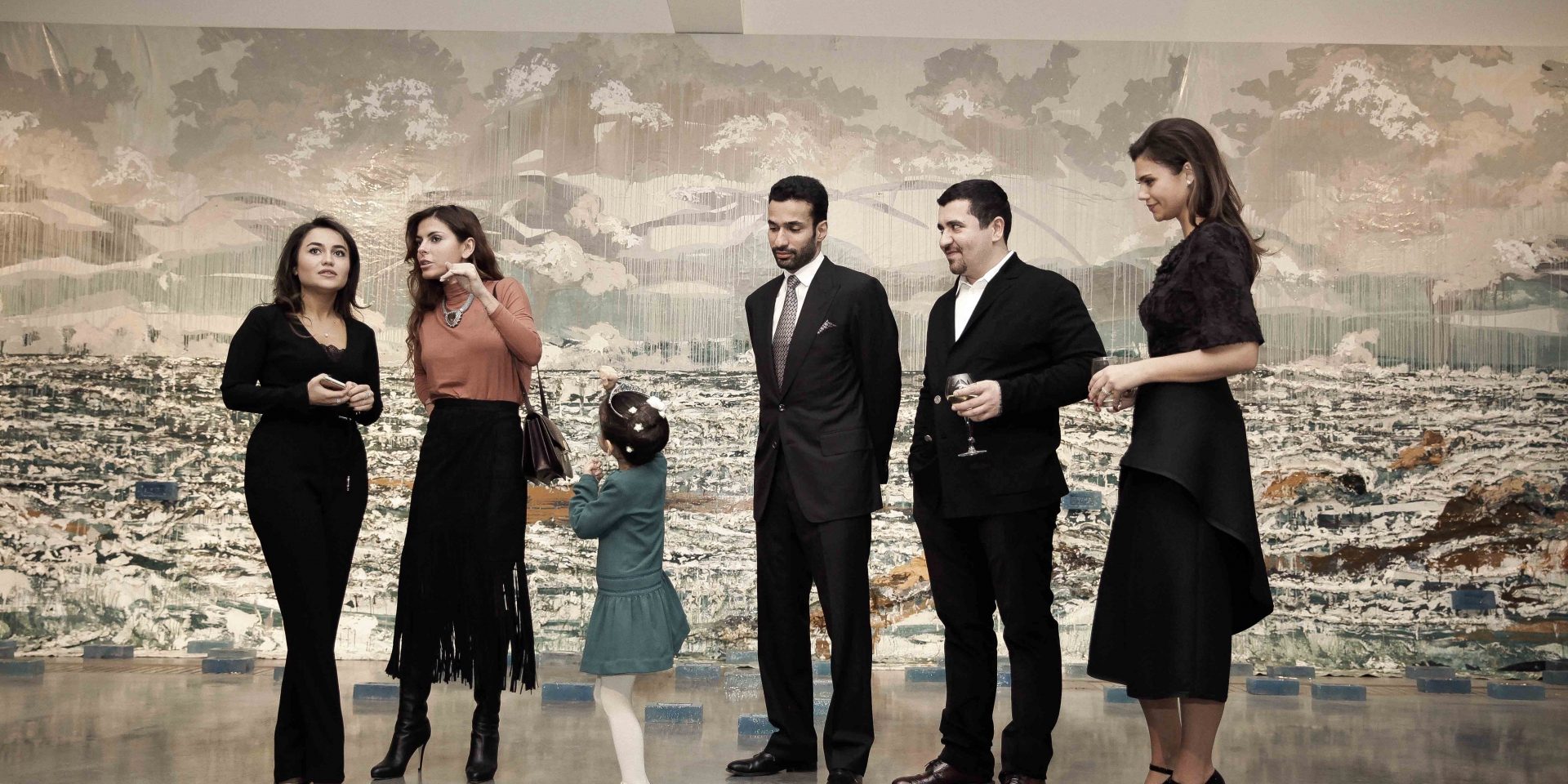 Baku’s contemporary art scene is booming like never before. Boosted by the profile-raising Museum of Modern Art, housed in an impressive new building by Jean Nouvel, and supported by the Yarat organisation’s tireless promotional work, an emerging generation of artistic talent is reinventing the cultural life of the Azerbaijani capital as quickly as the city is rebuilding itself. Two of the country’s brightest talents, Faig Ahmed and Aida Mahmudova, are showcased in a special show at the Louise Blouin Foundation.

It’s impossible to stroll through the lanes of Icheri Sheher, Baku’s medieval quarter, without encountering people selling traditional carpets. Their intricately woven patterns have been at the root of Azerbaijan’s visual arts for centuries, with each region creating its own distinctive styles. And the local weavers of Azerbaijan fall into the broader Eastern canon of carpet-making, creating a style icon that is immediately recognisable almost to the point of cliché.

For Baku-based contemporary artist Faig Ahmed, though, tradition is merely a starting point. His works subvert the genre. Carpet patterns melt, Dali-like, over their edges or while ‘Carpet Equalizer’ erupts into sculpted pinnacles gushing from the ground in the manner of a mixing desk, or perhaps even an untamed oil well. He transforms the medium; instead of a warm, welcoming fabric, those inviting patterns appear on cold aluminium, upsetting expectations at the touch of a fingertip. Other works steadily reduce the carpets to large blocks, a pixelated view for the Internet generation.

But the artist himself insists that he is not seeking to merely juxtapose ancient and modern as he breaks the stereotypes of what Azerbaijani weaving is all about.

“By spooling carpets I add new three-dimensional patterns but I’m not interested in any kind of merging between past and present,” he said in a video clip produced for the Jameel Prize in 2013. “I’m just interested in the past because it’s the most stable conception of our past. By using the modern pixel on the old carpet we just hear the voice of past times.”

In December 2013 Ahmed was shortlisted for Jameel Prize 3, a biannual award supported by London’s V&A. He was one of 10 artists from the Islamic world nominated for the prize and his works were included in an international touring exhibition. He was also among 12 artists chosen to represent Azerbaijan when the country made its first appearance at the Venice Biennial in 2007.

Aida Mahmudova, a graduate of Central St. Martin’s College in London, is one of the driving forces behind Baku’s burgeoning contemporary art scene. Her Yarat project, a non-profit contemporary art collective in her home town has been staging intriguing exhibitions since 2011 and is increasingly active in bringing the best of Azerbaijan’s young artists to an international audience.

But Mahmudova’s own art is also worthy of attention. Like many people she has been struck by Baku’s position at the crossroads of East and West, while much of her work has drawn her to explore the contrasts between the city’s fast-modernizing landscape and its semi-derelict hinterland. That world, half-forgotten and caught between eras, evokes the sense of longing that informs much of her work.

Speaking about the ‘Internal Peace’ show that was displayed in Zurich in 2013, she said: “Our physical world is shifting at a pace so rapid that our memories are frequently blurred, and our ‘remembered’ past is often forgotten or altered by our subconscious. This confuses our identity. These un-modernized locales function as a ‘missing link’.”

Her works, in gentle shades, often have a somewhat blurred quality; watercolours that look almost as if they have been left out in the rain. The effect is at once nostalgic and melancholy, blending the timeless with the transient and exploring the beauty of decay.

Mahmudovas’s artwork has been shown in important exhibitions in Europe, including the MAXXI Museum in Rome, in the Multimedia Art Museum in Moscow and at Philips de Pury & Company in London.