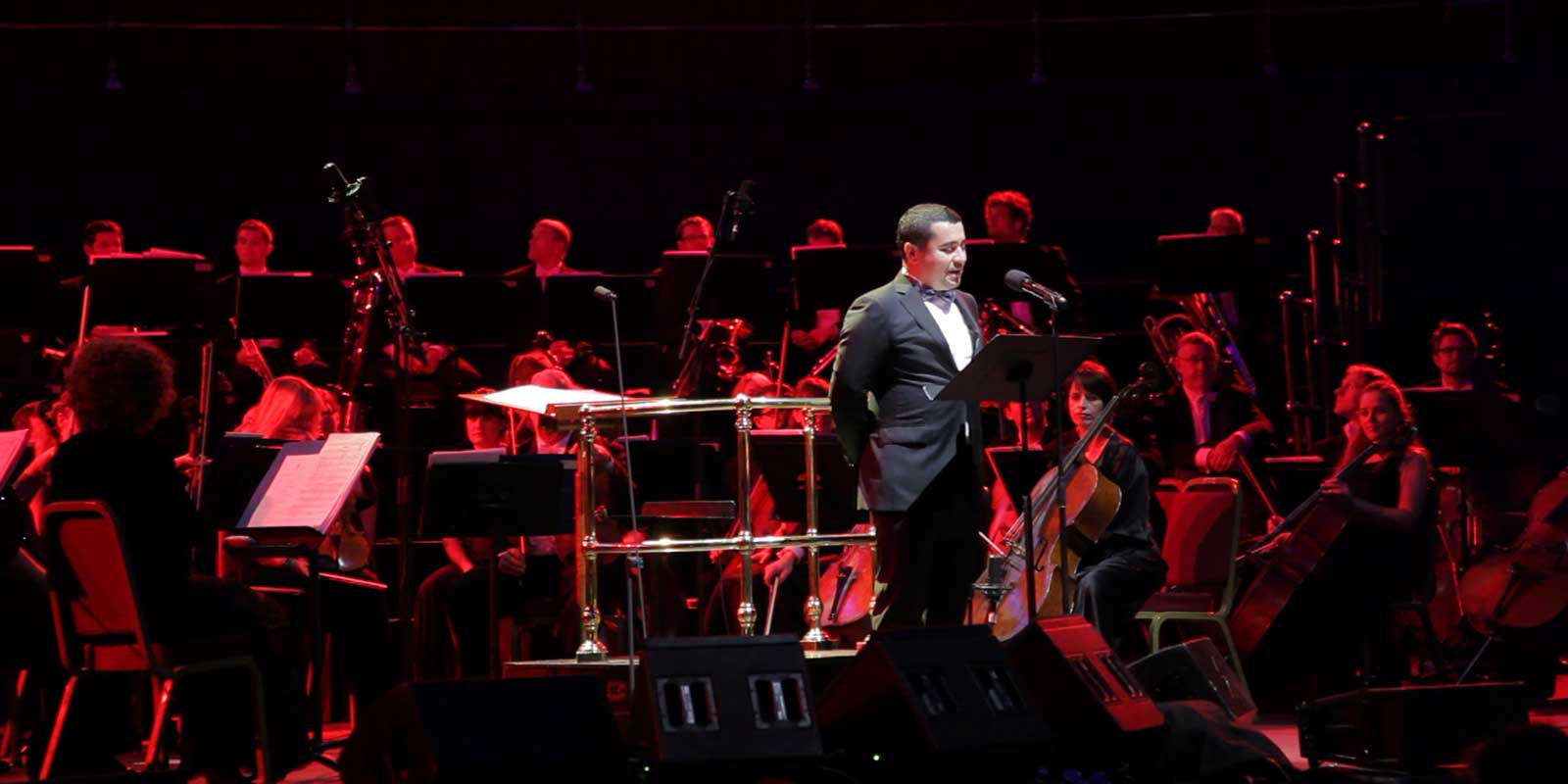 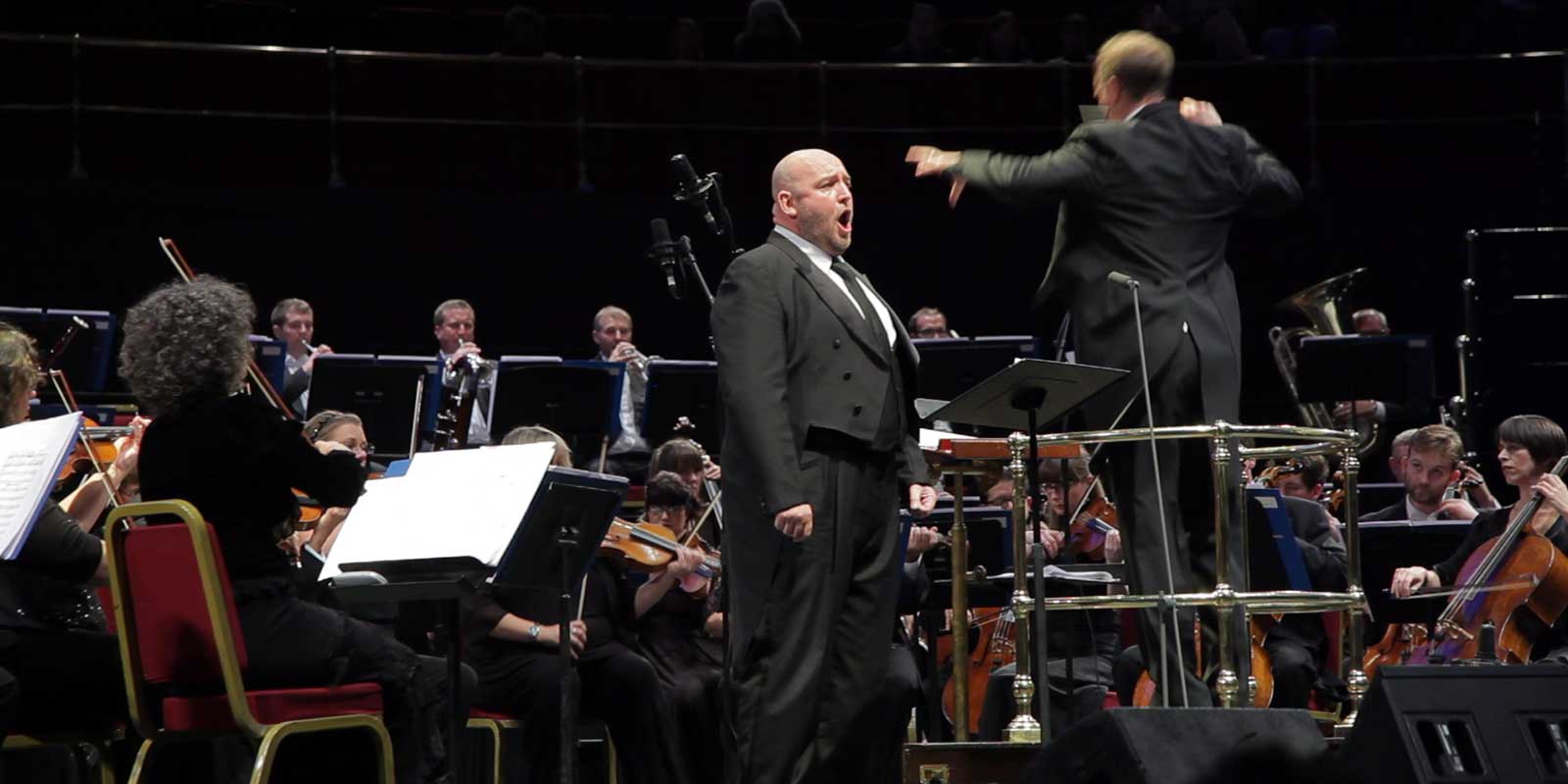 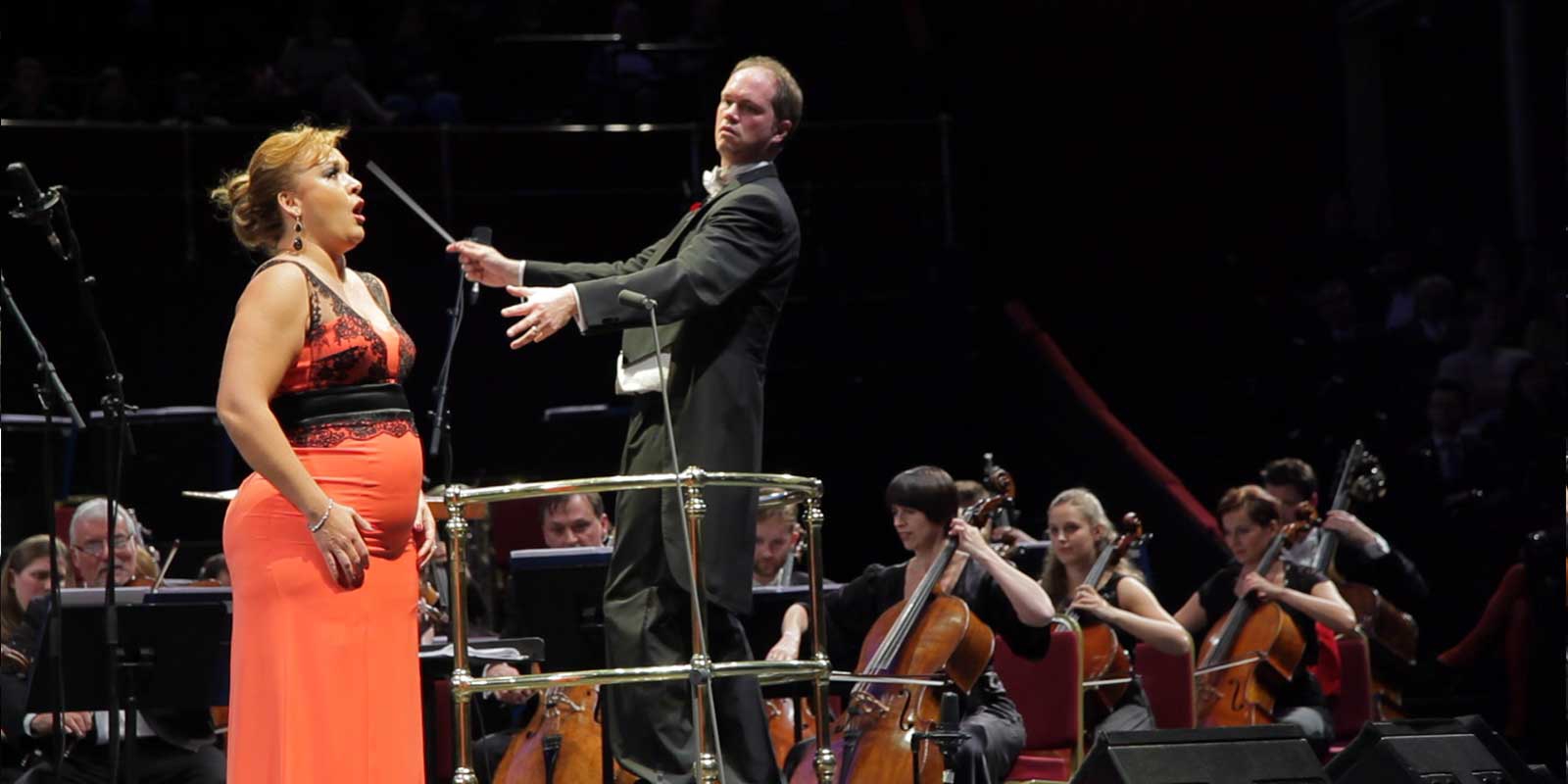 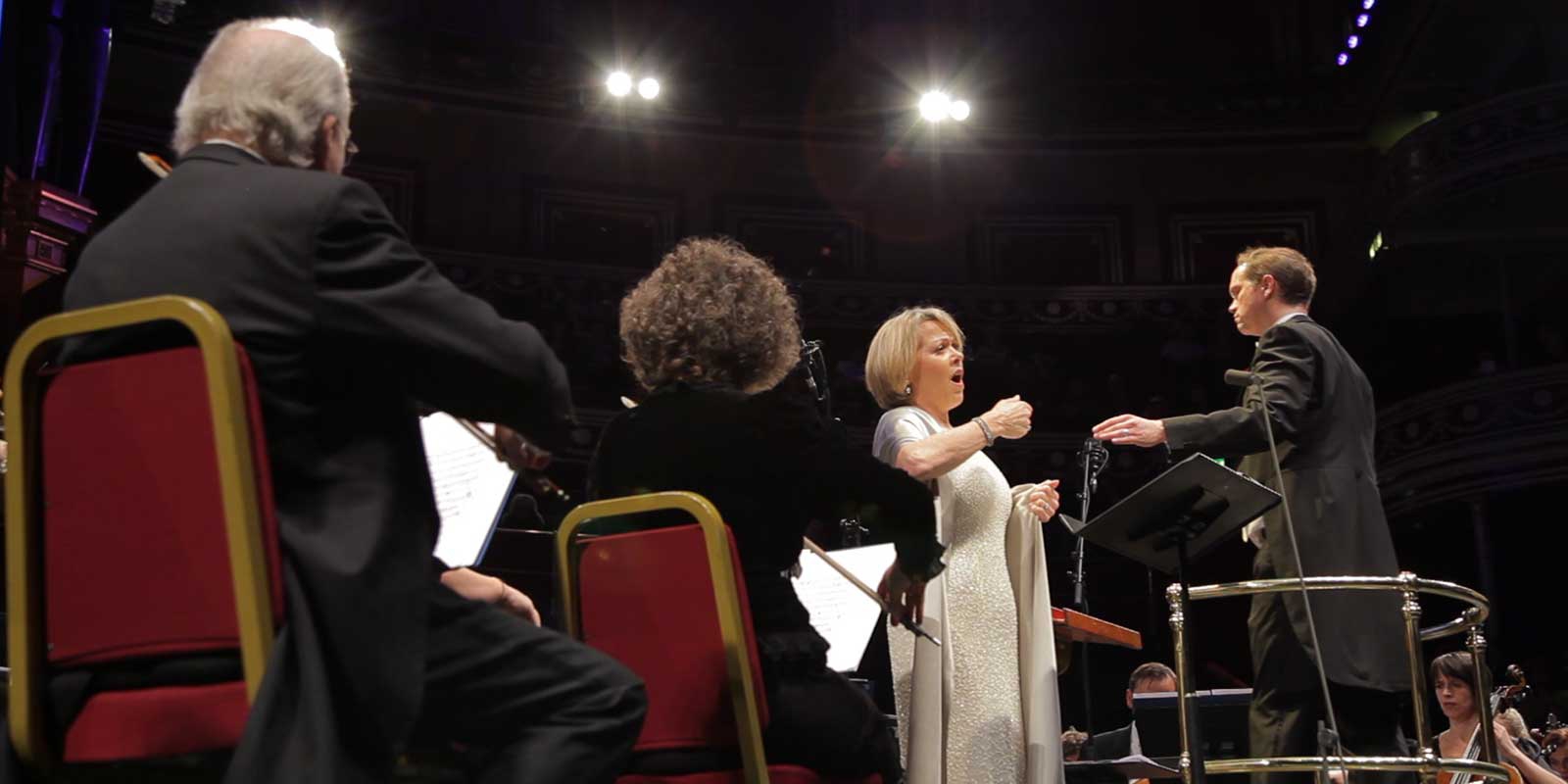 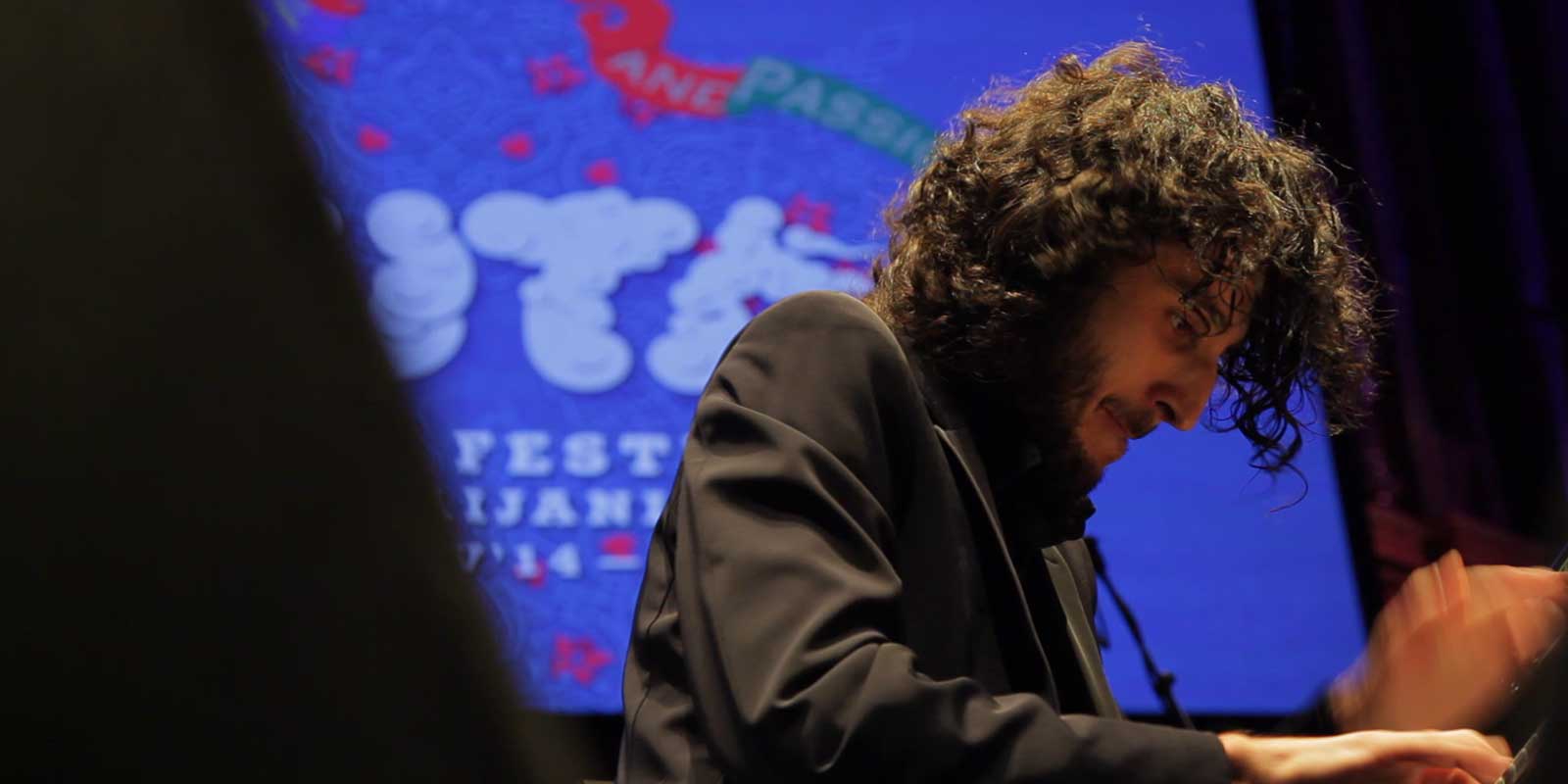 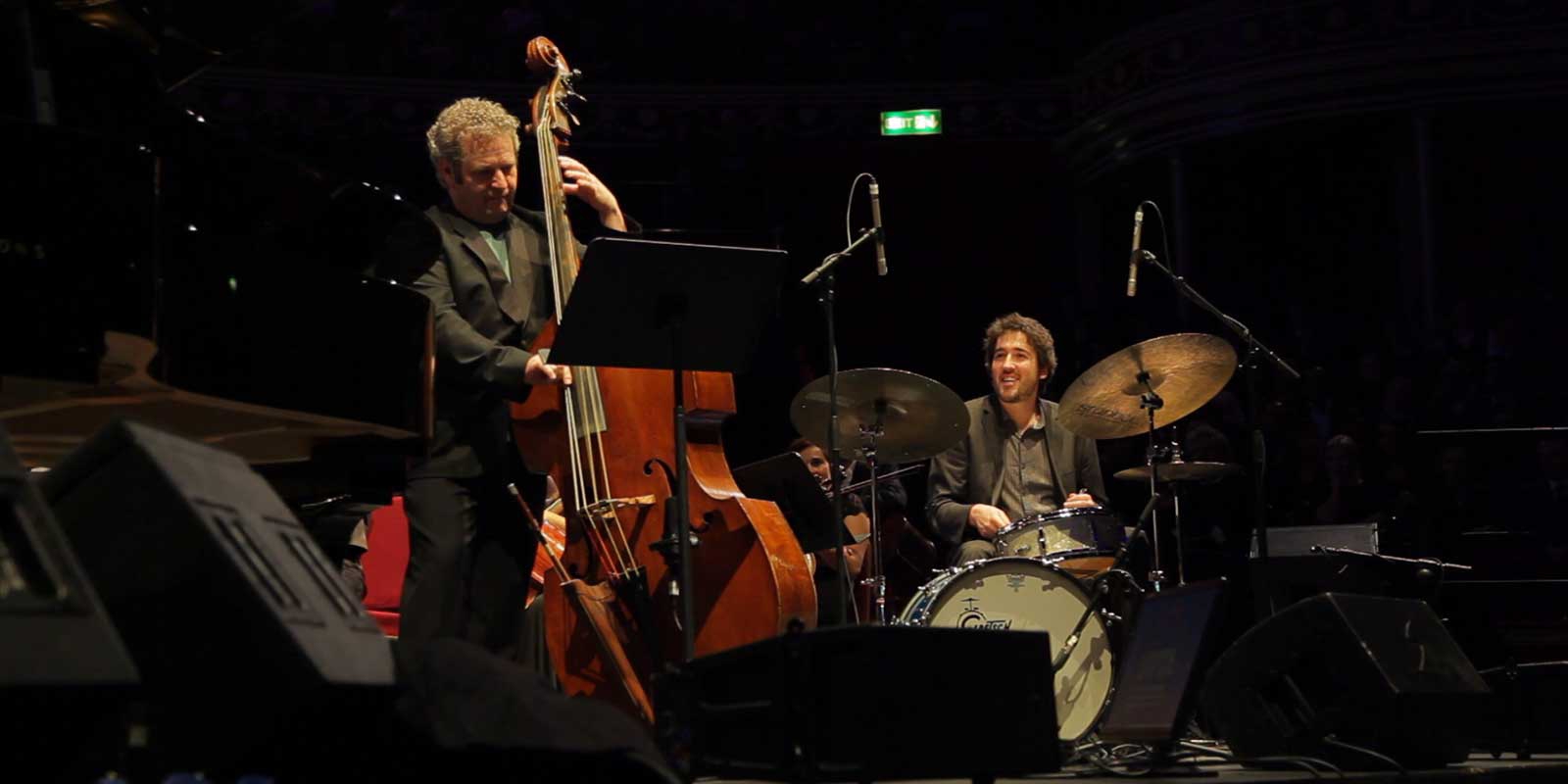 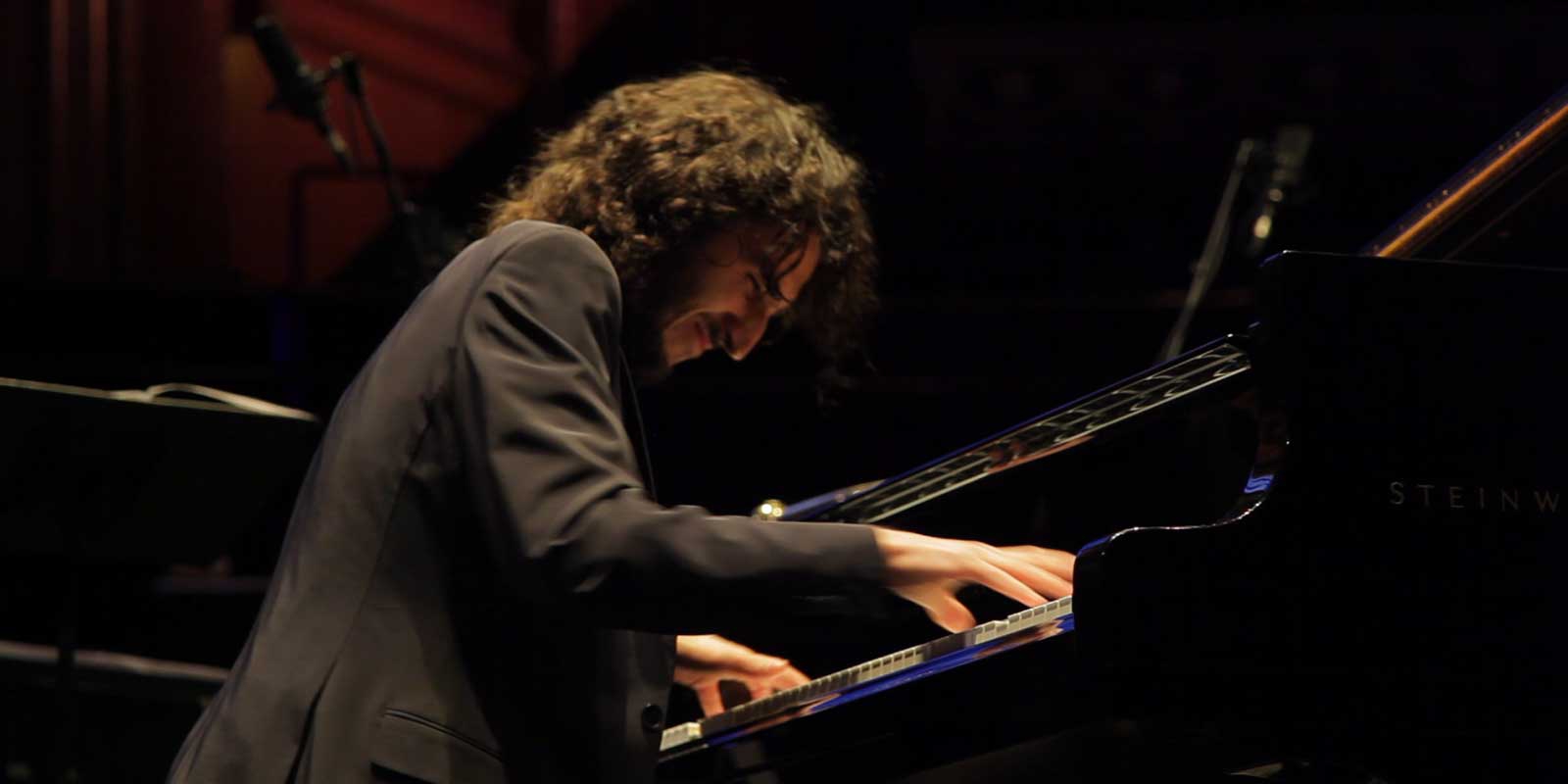 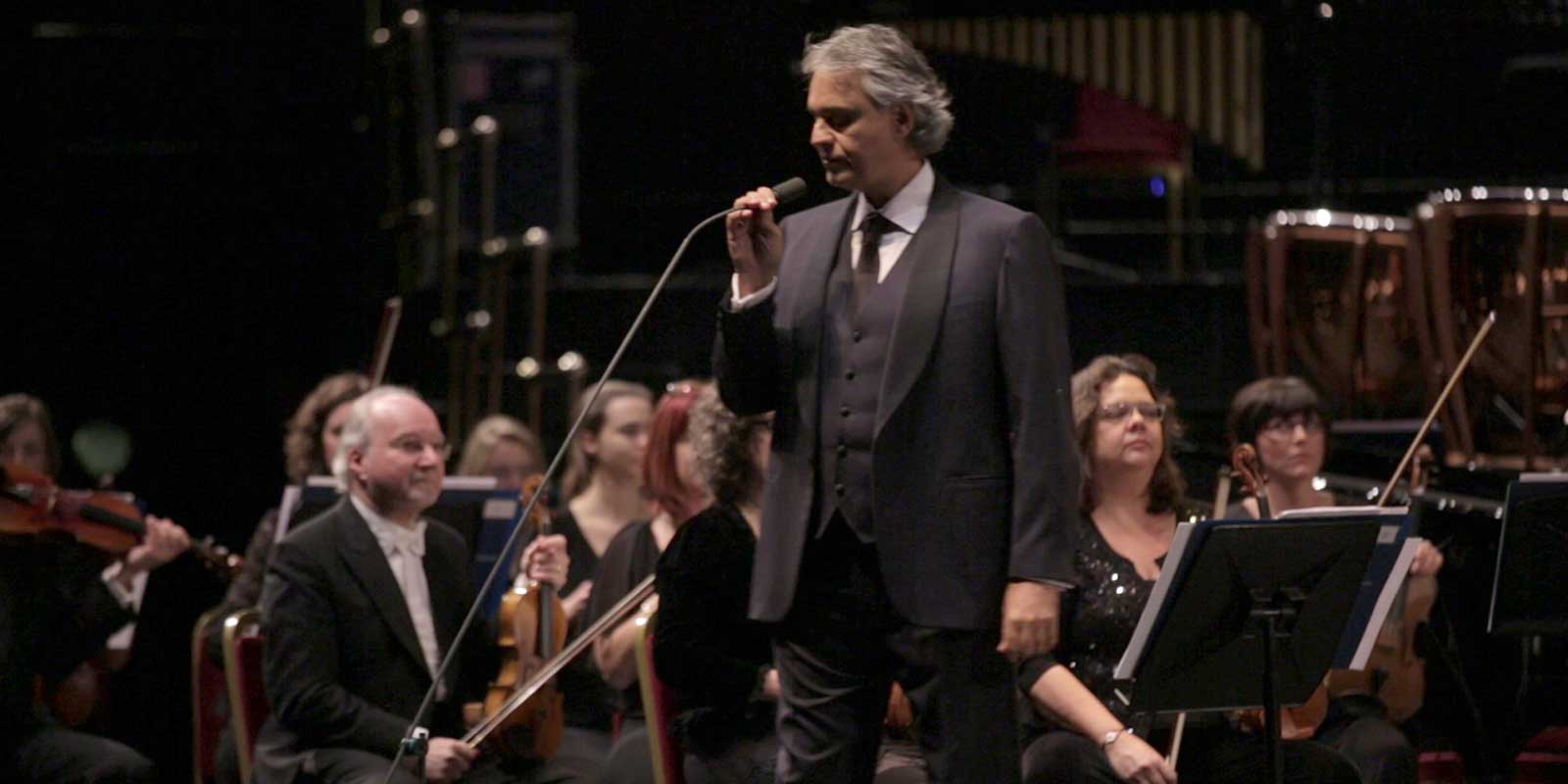 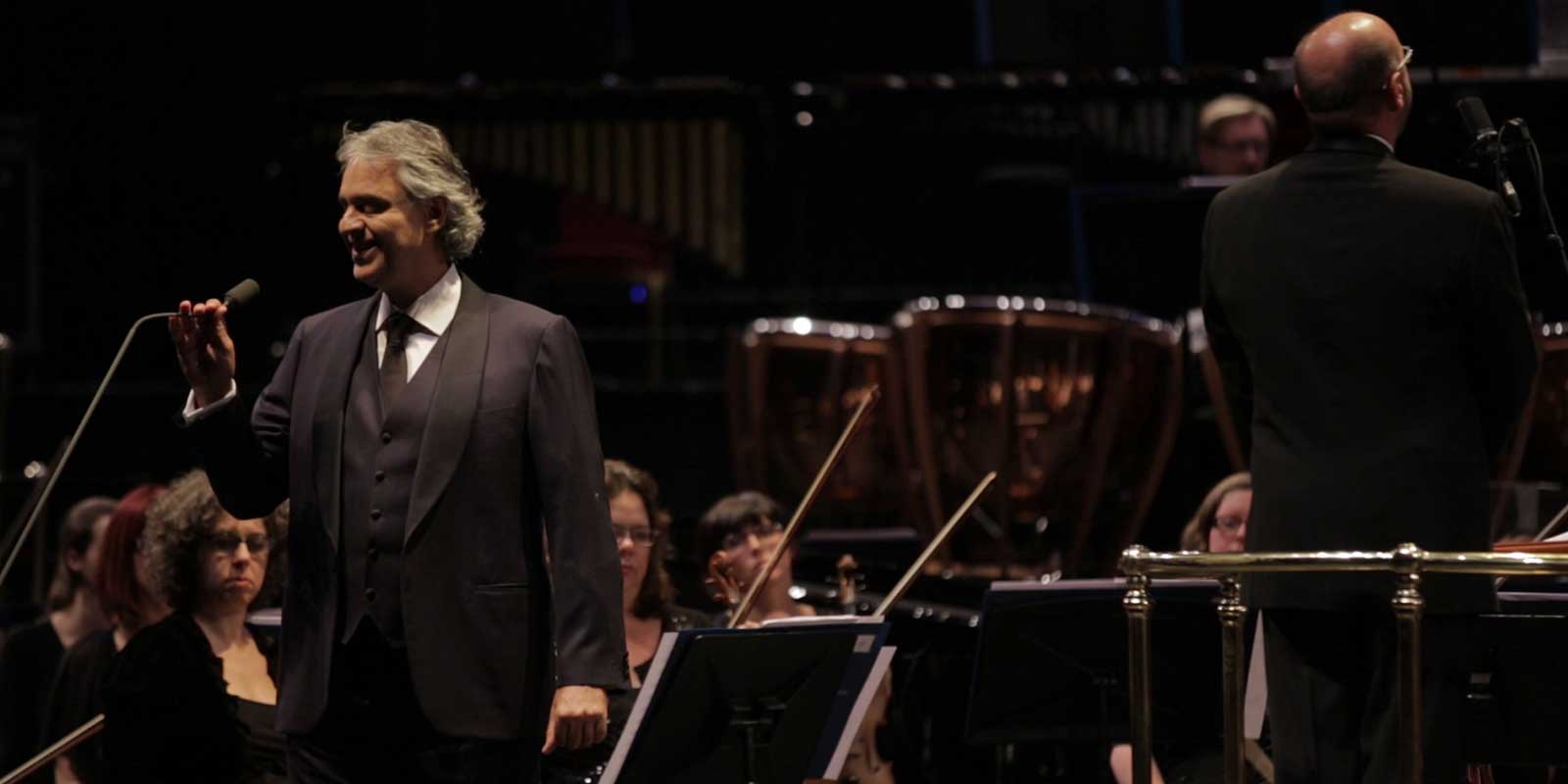 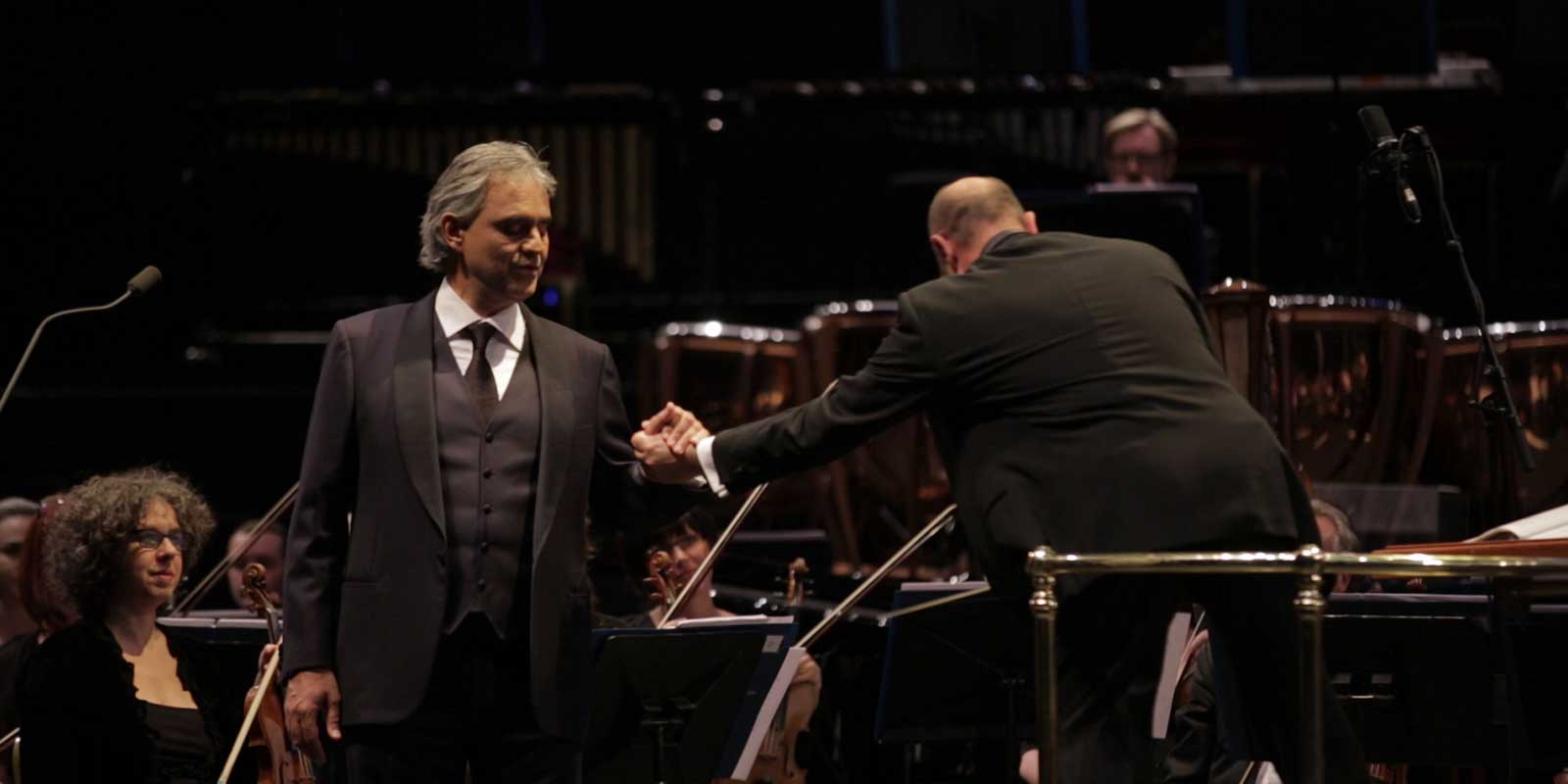 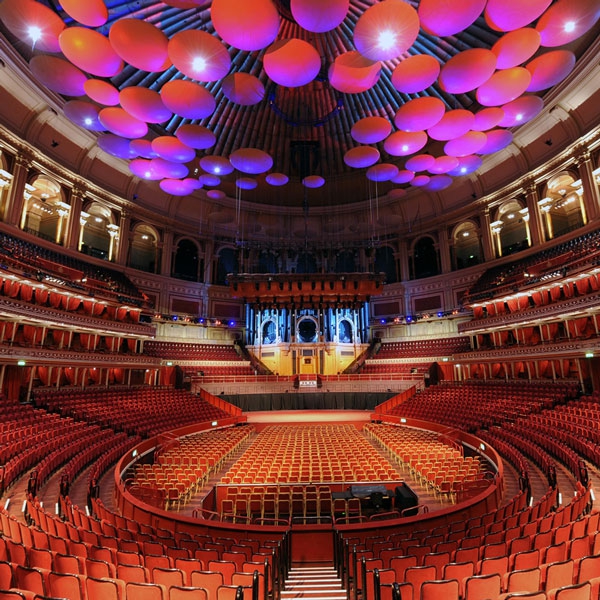 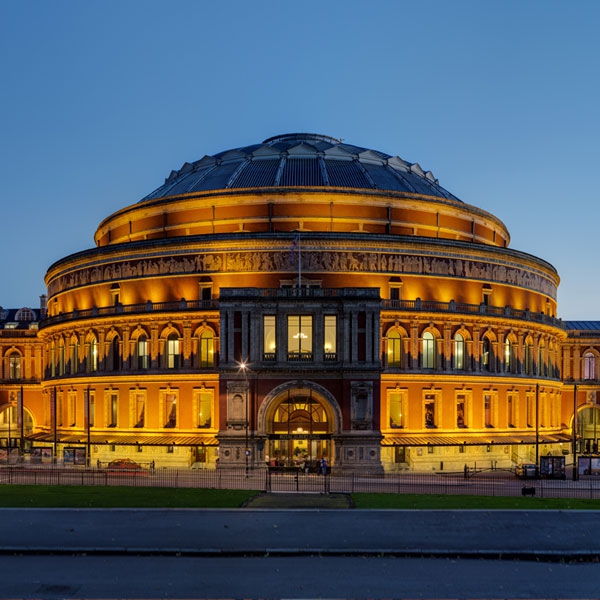 Buta returns to London to celebrate 10 years of promoting the art and culture of Azerbaijan around the world – and I’m excited about welcoming audiences to the biggest and most ambitious event in our history. Five years ago we came to Britain to answer the question ‘Azerbai-Where?’ and this time, filled with greater confidence, we’re back to say ‘SALAM!’.

We welcome back some of the biggest successes from our London debut five years ago and introduce exciting stars of the future, from the talented musicians of Baku’s jazz clubs to the reinvention of traditional forms in the art of Faig Ahmed. And there’s a special role for Buta Films, a fast-growing addition to the Buta family, fresh from its Cannes debut earlier this year. We’re also hitting the streets of London, with a series of public art installations springing up across the city.

These highlight the most exciting contemporary artists working in Azerbaijan today, and help us in our interactive quest to identify the core of the country’s soul. With a powerful photo show in Paddington station in February and a festive finale in the park in March, not to mention the return of Buta Kitchen in the run-up to Christmas, our second festival is reaching out to the whole of London. I look forward to welcoming you all to experience the Azerbai-WOW! factor with us this winter.

Five years ago the first Buta Festival finished on a high note with a gala evening at the Royal Festival Hall. Now, celebrating a return to London with a new, bigger and more exciting programme, the 2014-15 season opens in the company of many of the artists who delighted us back then.

Still in his early 30s, Timothy Henty is one of the brightest stars among the new generation of English conductors. His perform­­ances at the BBC Proms have been hailed by critics for his ‘exact, inspiring and vivid presence’.
Henty has already garnered a strong reputation on the theatre stage and in the concert hall, where his interests range from contemporary dance with Matthew Bourne’s company to English light operetta and especially the works of Gilbert & Sullivan. Timothy studied conducting at the Royal College of Music and HRH The Prince of Wales presented him with the Tagore Gold Medal, the college’s top award for its most outstanding student. Henty is also a sought-after arranger and editor of scores and in 2008 he worked with director Anthony Baker to create an acclaimed new version of the lost Gilbert & Sullivan opera ‘Thespis’.

Violinist Schlomo Mintz appeared at the first Buta Festival in London and returns here with his interpretation of Azer Ryazaev’s Violin Concerto. His virtuoso performances have attracted rave reviews, with a recent performance in Cape Town described by local radio as ‘one of the most memorable performances of my life’. Mintz, who cites his close relationship with the great Isaac Stern as one of his greatest musical influences, has a long association with the music of the former USSR, and has developed close ties with music-making in Azerbaijan. In 2011 he performed at the Gabala International Music Festival in northern Azerbaijan, organized with support from the Heydar Aliyev Foundation. He also performed with Murad Huseynov in the ‘Ave Maria’ concert in the first Buta festival, and played in the closing gala.

‘Isfar Sarabski. Remember the name. No, it doesn’t flow … freely across the lips … but you’re going to be hearing it, nonetheless.’ So says veteran US jazz critic Don Hackman. He was speaking after Sarabski’s 2012 performance at Montreux, a festival where the young Baku-born jazz pianist is becoming an institution after winning there in 2009. He’s also a regular fixture at Buta events, appearing in London twice in the first Buta festival. As well as a solo recital he also provided a live soundtrack to the audio-visual ‘Oil & Jazz’ experimental project. Sarabski’s influences include Azerbaijan’s own Vagif Mustafa Zadeh and the likes of Hancock and Keith Jarrett. In 2011 he enrolled at the Berkeley College of Music, studying under Danilo Perez, another of his idols. Sarabski performs at the opening gala with bass player Malcolm Creese and percussionist James Maddren.

Jeffrey Lloyd-Roberts is another familiar performer at Buta events after appearing at the closing ceremony of the 2009-2010 London festival. The Welsh-born tenor returns to sing Balash’s aria from Fikret Amirov’s opera ‘Sevil’, a work he discovered for the first time during the first festival of Azerbaijani art here. Lloyd-Roberts has worked regularly several leading British opera companies, including the Royal Opera House, and has a strong interest in contemporary music, in particular the work of Harrison Birtwistle. He appeared in the premiere of ‘Angel Fighter’ at the Royal Albert Hall during the 2011 BBC Proms.

Highly-rated Turkish soprano Burcin Savigne appeared in the ‘Ave Maria’ concert during the previous Buta Festival of Azerbaijani Art, performing settings of the sacred text by Schubert and Badalbayli. She is also a regular performer at Azerbaijan’s Gabala International Festival, most recently taking part in last year’s Verdi gala. Promoting the culture of Turkic countries is an important part of her concert programming, and saw her performing in Northern Cyprus in September 2014 as part of an opera festival devoted to the great Turkish diva Leyla Gencer. Savigne is a frequent performer with the Turkish State Opera in Istanbul and has appeared with Thomas Hampson and Monserrat Caballe, among others.

NURLAN NOVRASLI
Vocalist Nurlan Novrasli is familiar to London audiences after his performances at the First Buta Festival of Azerbaijani Arts five years ago. He took part in a memorable evening of jazz-mugham fusion with his brothers Shahin and Arslan, as well as introducing the unique sound of mugham to the capital. He has won several awards, including the top prize in the 2004 TV contest Azeristar and the 2006 Cahan Dala festival in Kazakhstan. His concert engagements have taken him to many countries, appearing throughout Europe and also in Japan.
Khanende

Munis Sharifov is a much-decorated performer on traditional Azerbaijani instruments and is the world’s only professional chagana player. Sharifov is also the director of the Azerbaijan State Ensemble of Ancient Musical Instruments.

In the mugham trio assembled for the Buta Festival of Azerbaijani Arts he plays the kemancha, another string instrument. The kemancha, which derives its name from the Persian word for ‘little bow’ was described by Uzeyir Hajibeyli as the perfect instrument to accompany the human voice. It is also the cornerstone of the classic mugham line-up, along with a vocalist and a tar player.

Murad Huseynov is one of Baku’s best-regarded classical pianists and regularly features in international festivals. He returns to Buta’s London Festival after appearing in the ‘Ave Maria’ concert five years ago. Since then he has become one of the leading figures behind the Gabala International Music Festival, appearing there on several occasions.

Born in 1973, Huseynov studied in Paris and Moscow and his career got an early lift when he claimed second prize in the Poulenc Competition in 2001. Huseynov is an enthusiastic ambassador for Azerbaijani culture, frequently performing the music of his homeland across Europe.

Soprano Joan Rodgers’ interest in the music and culture of the former USSR dates back to her student days when she studied Russian before enrolling at the Royal Northern College of Music and winning the Kathleen Ferrier scholarship in 1981.

A familiar figure on the opera stages of Europe and North America, Rodgers also enjoys a successful recital and recording career – including a 2010 recording of Badalbeyli’s orchestral song ‘Shusha’, one of the works she will perform on the festival’s opening night. Like many of the artists appearing in that Royal Albert Hall concert, Rodgers is renewing acquaintances with Buta after appearing at the closing gala of the 2010 festival.

Buta Arts Centre is delighted to welcome world-famous tenor Andrea Bocelli to the opening gala of this festival and renew the singer’s acquaintance with Azerbaijan after his 2009 performance in Baku.

Born in a small Tuscan village, Bocelli grew up with music in his DNA and loves to tell journalists how recordings of great Italian operas were the only things that would soothe him as a baby. That passion inspired a glittering career that has successfully straddled the worlds of classical and pop, bringing a wealth of fantastic music to a huge audience. He is every bit as comfortable on the opera stage, interpreting the great roles of Verdi and Puccini, as performing in front of a packed arena at a major international event – from World Cup celebrations in South Africa to the opening of Expo 2010 in Shanghai. His impressive haul of awards includes no less than five World Music Awards and a clutch of ECHO Klassik prizes.

ROYAL PHILHARMONIC CONCERT ORCHESTRA
The Royal Philharmonic Concert Orchestra (RPCO) was formed in 1987 and has built up an international reputation in its own right. The RPCO brings its versatile programming of classical, light classical and popular music to prestigious venues worldwide, and regularly performs with top artists from classical music, pop music and West End musicals. It has become a frequent visitor to the Royal Albert Hall: last season it provided a live soundtrack to screenings of three great films, ‘West Side Story’, ‘Singin’ in the Rain’ and ‘Fantasia’. The orchestra has also toured with Sting and spent six months travelling the world with the ‘Star Wars: A Musical Journey’ programme showcasing the music of John Williams.

The Gala opening is looking back to look forward, reprising some of the greatest successes of the previous festival and setting the tone for the second edition, which will unfold over the winter to bring a breath of Caspian warmth to the banks of the Thames.