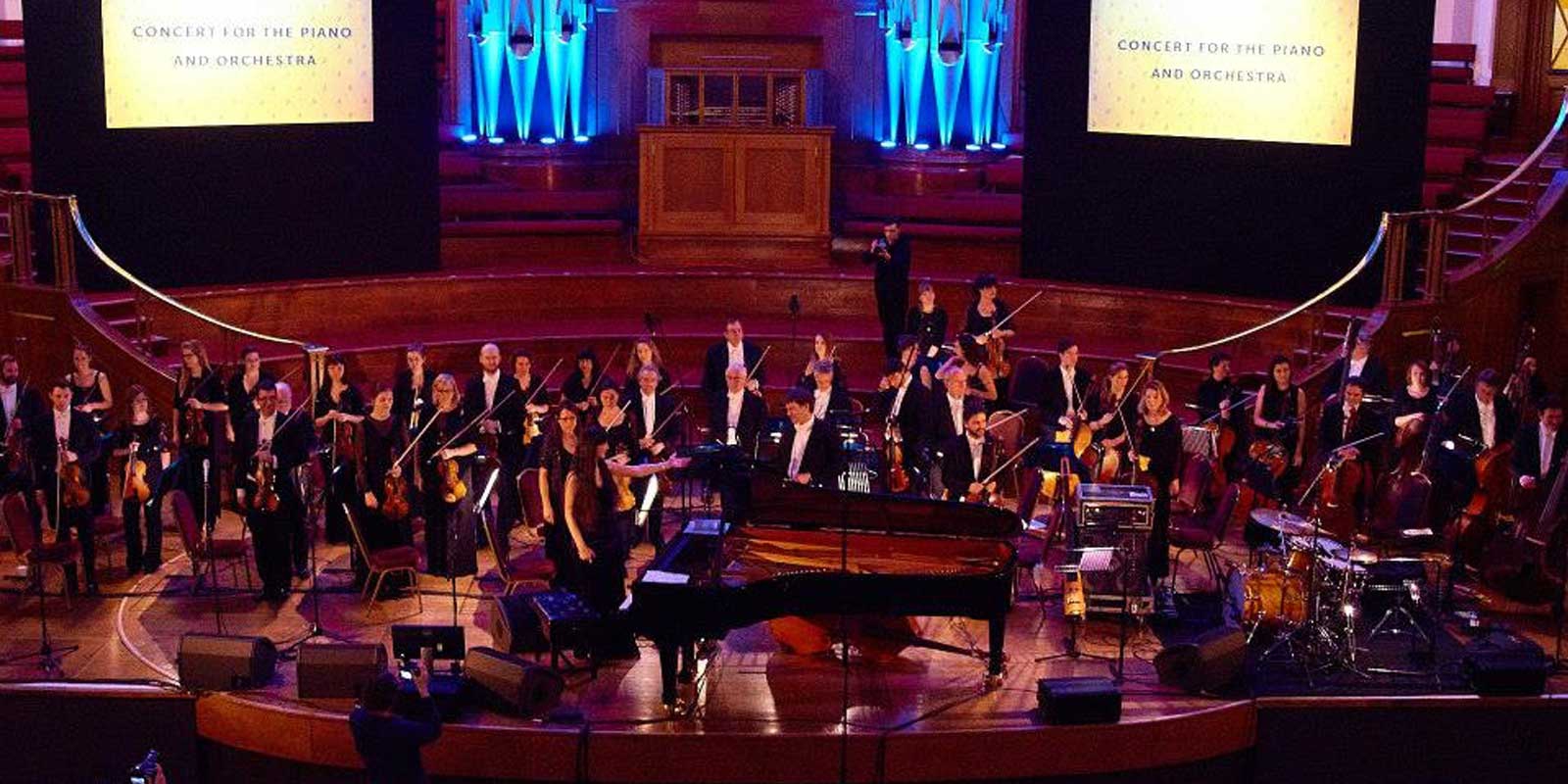 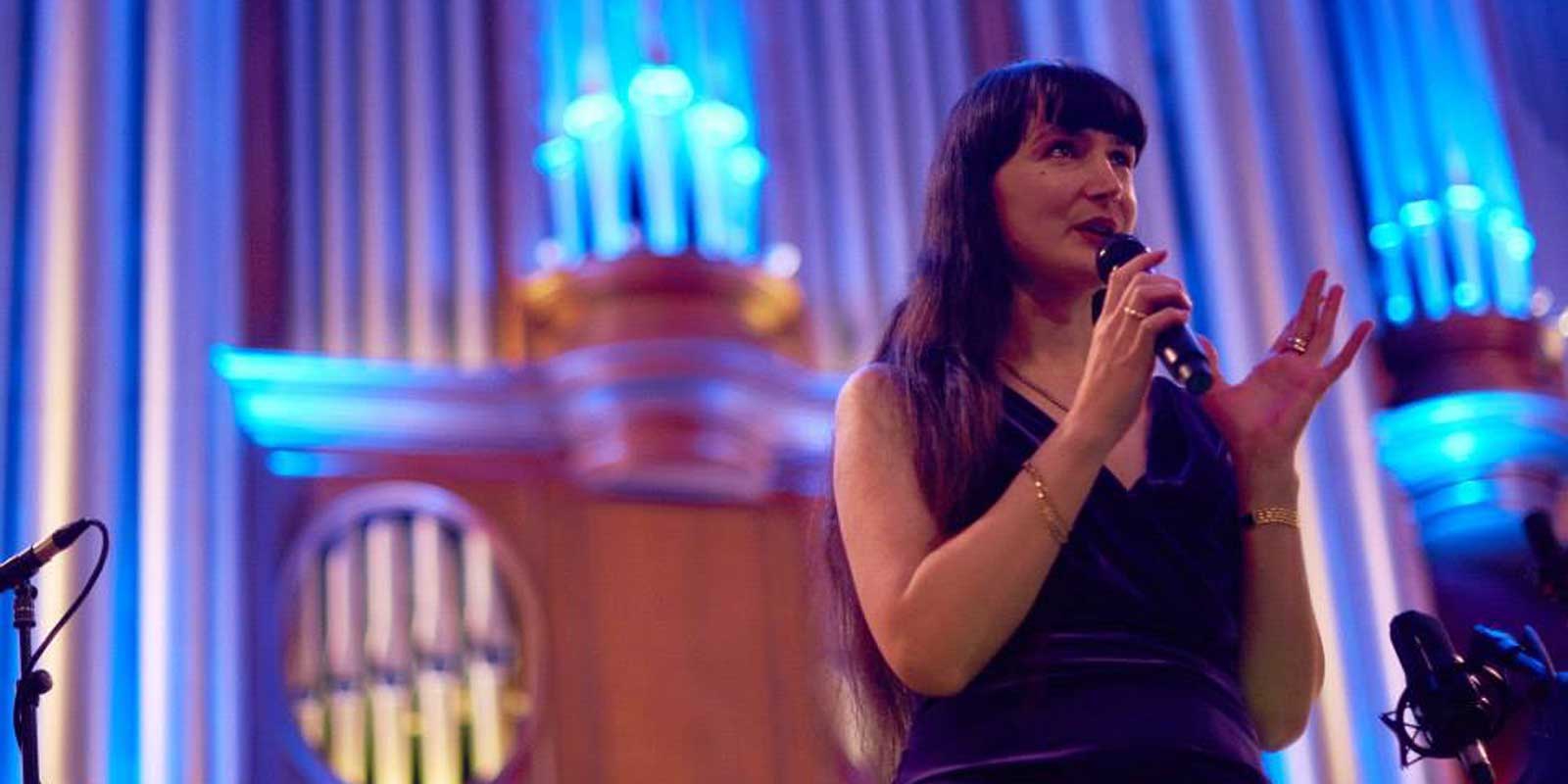 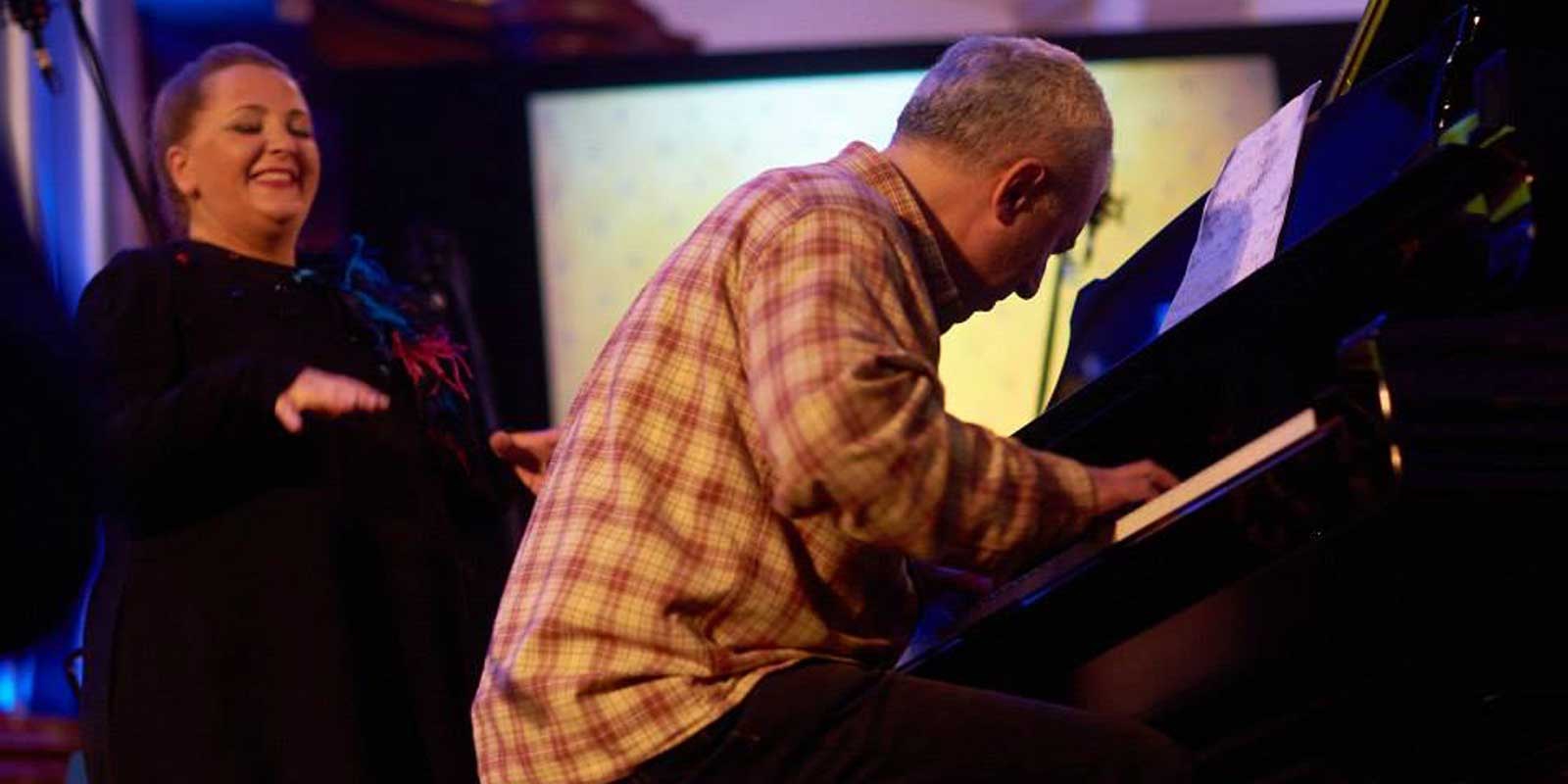 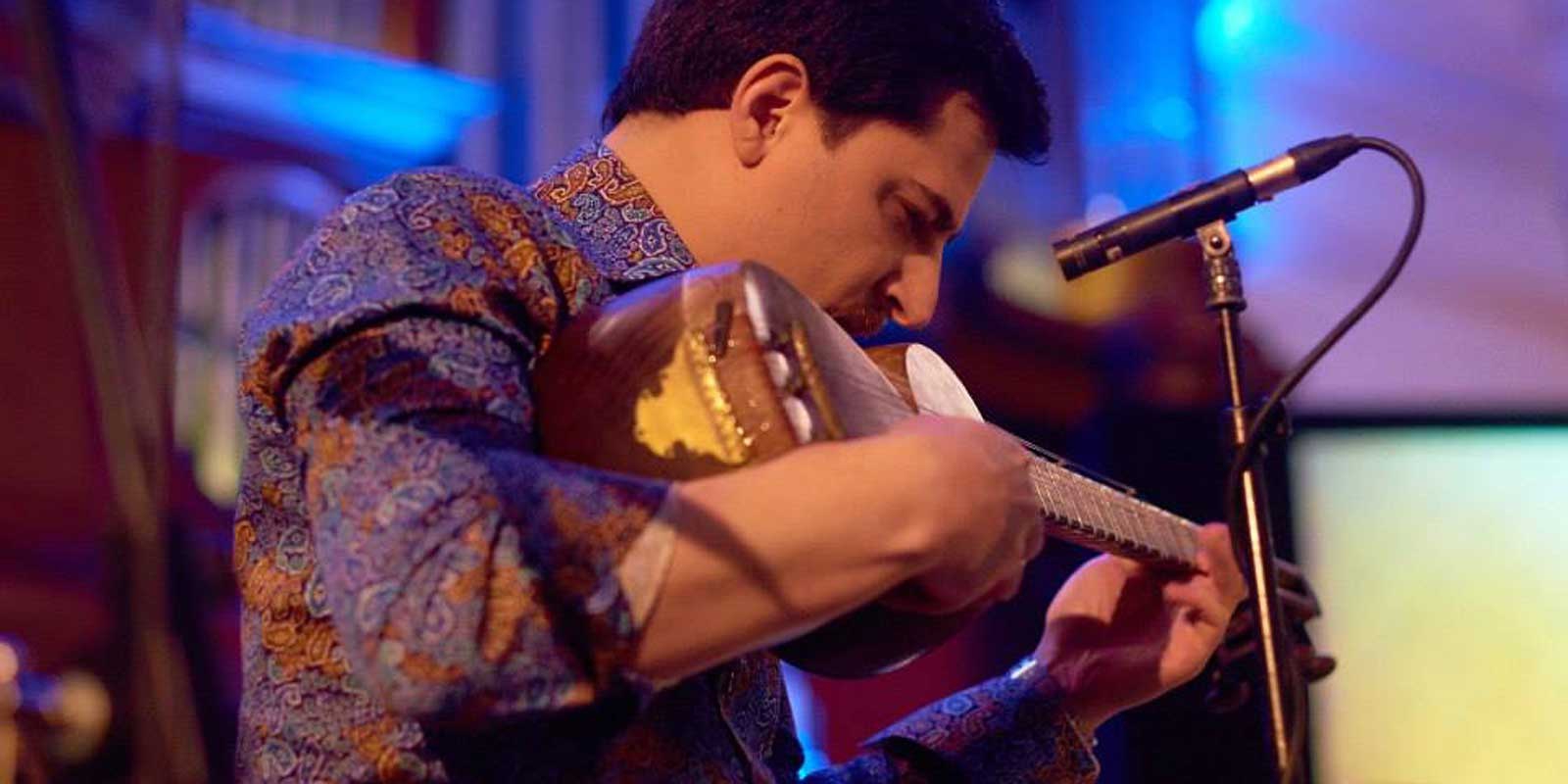 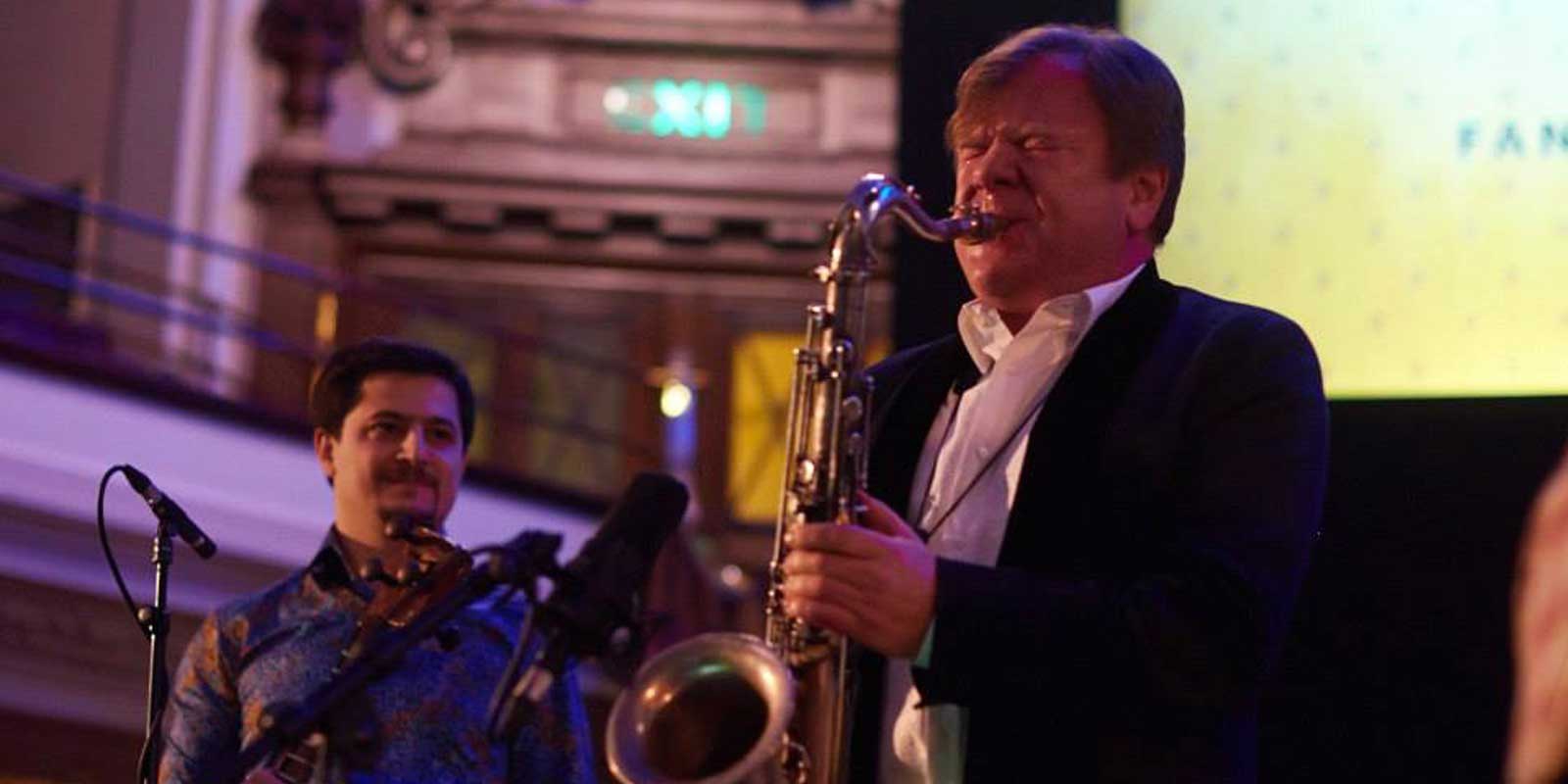 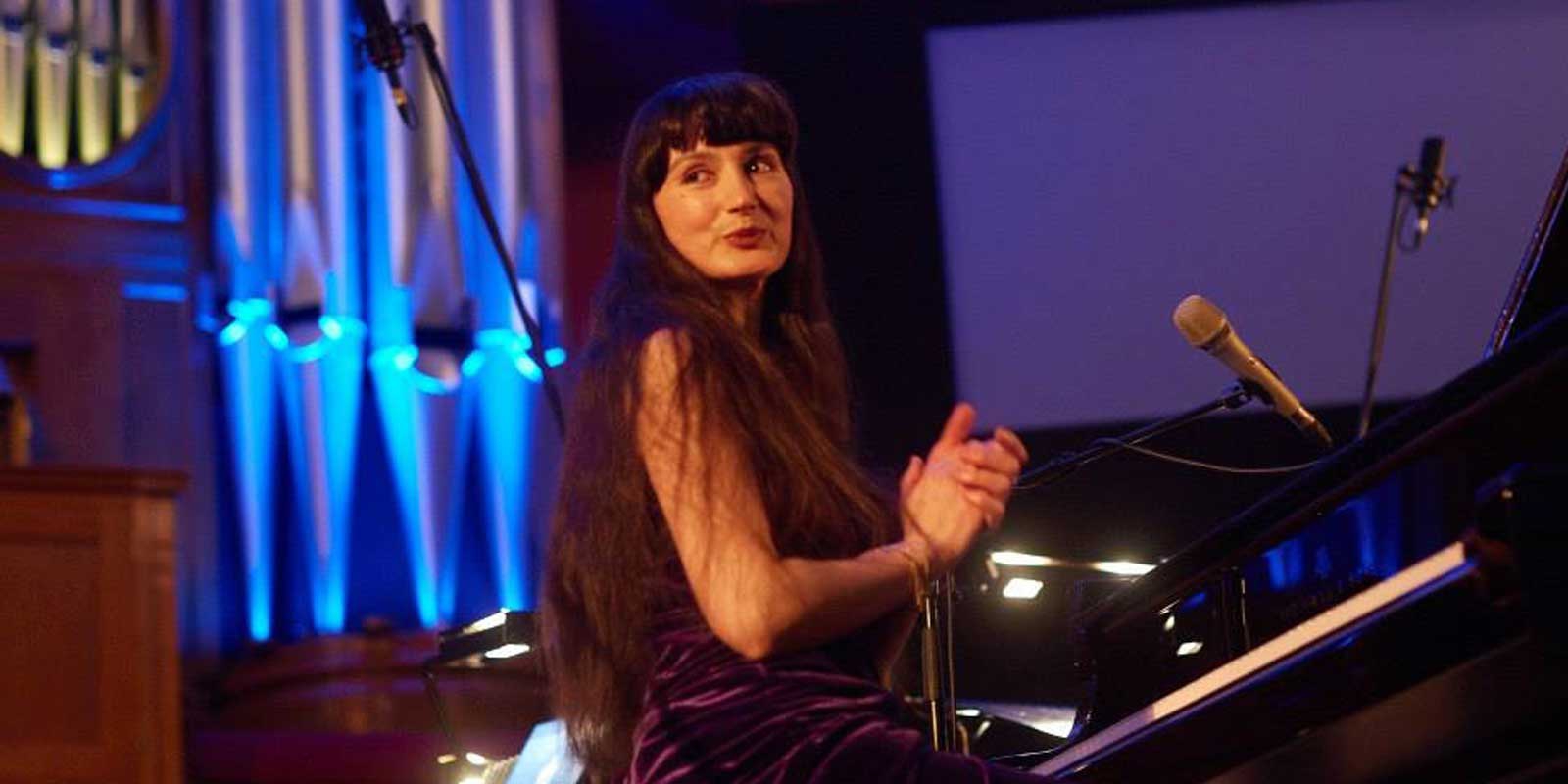 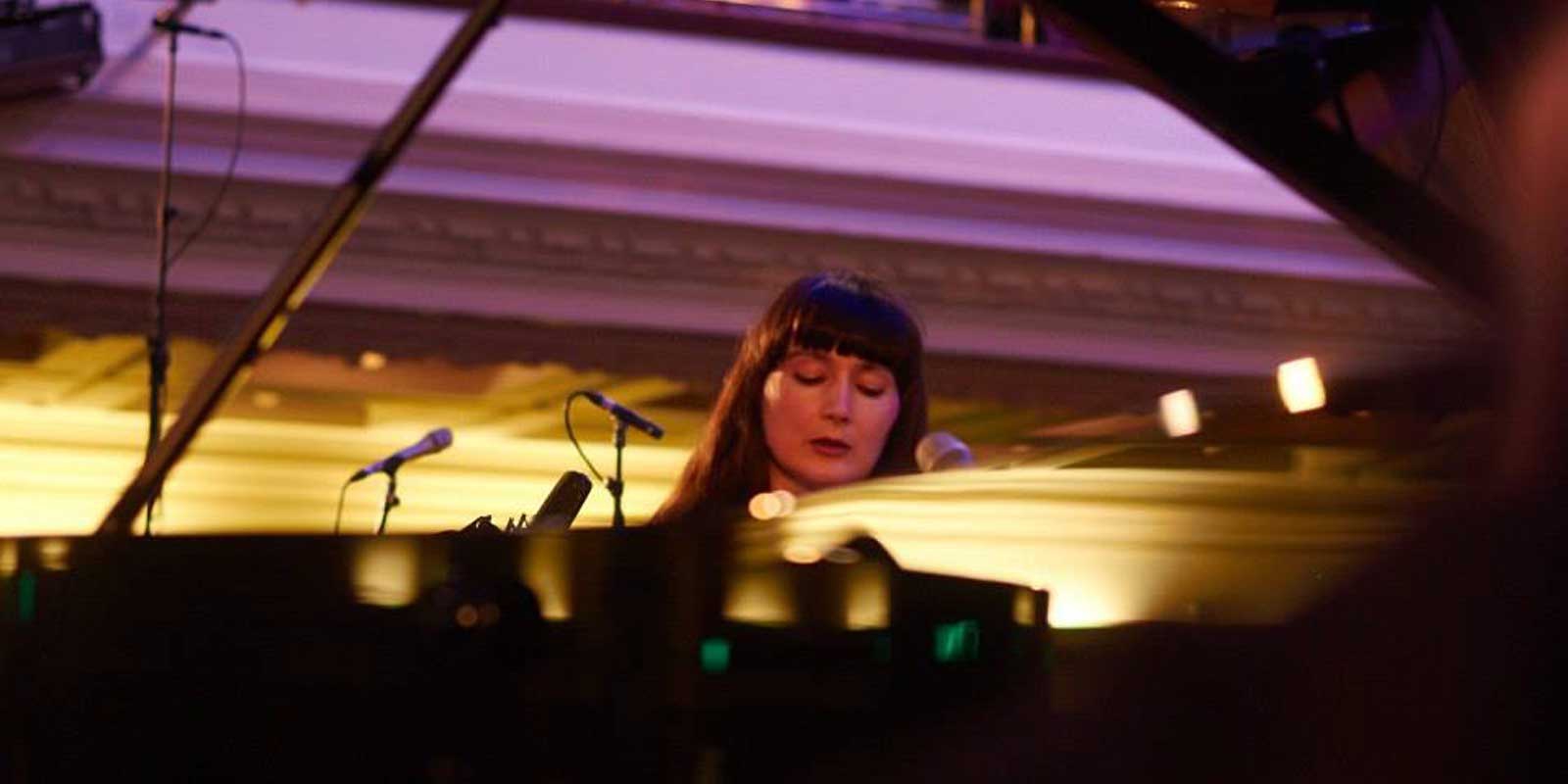 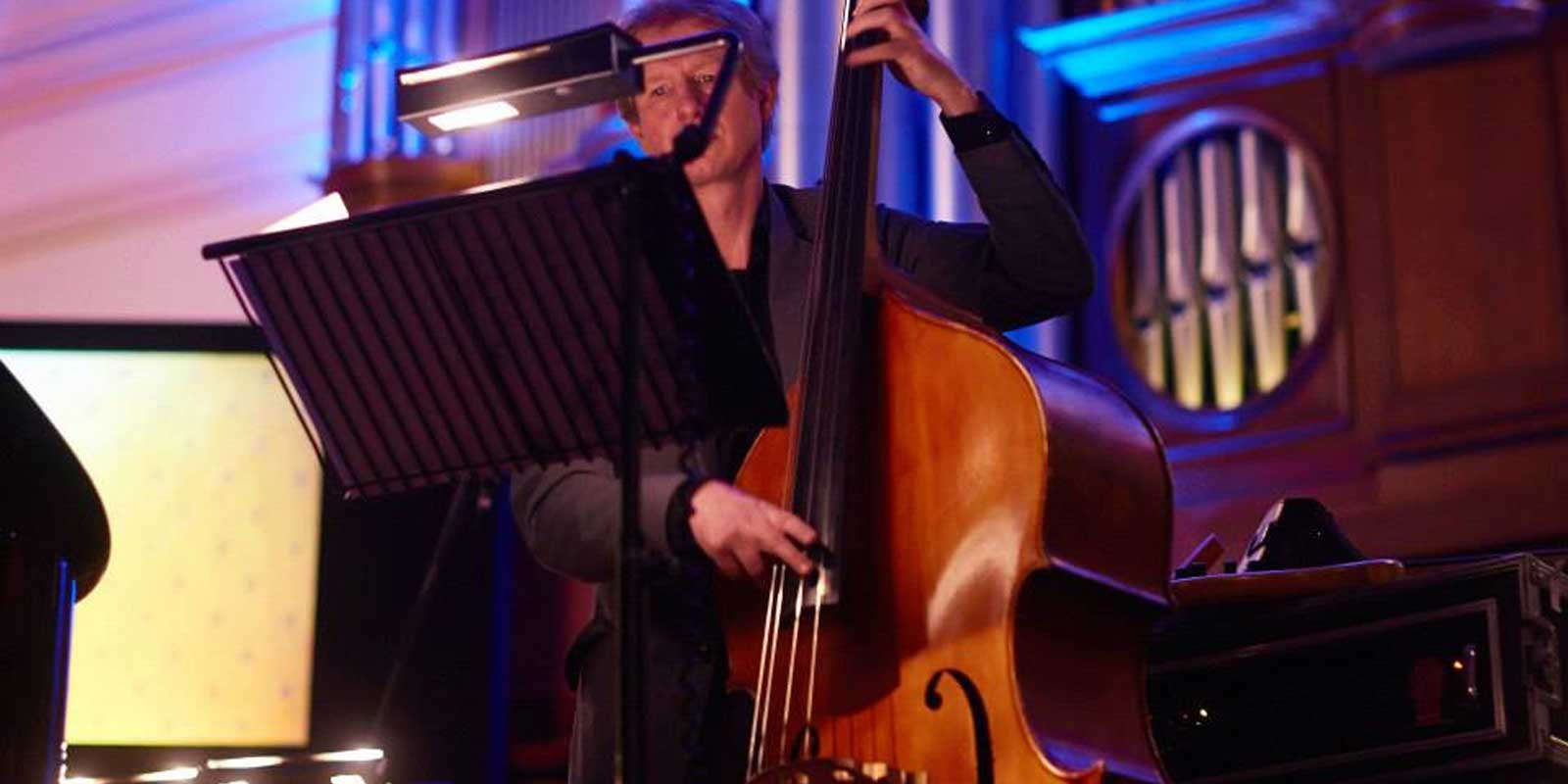 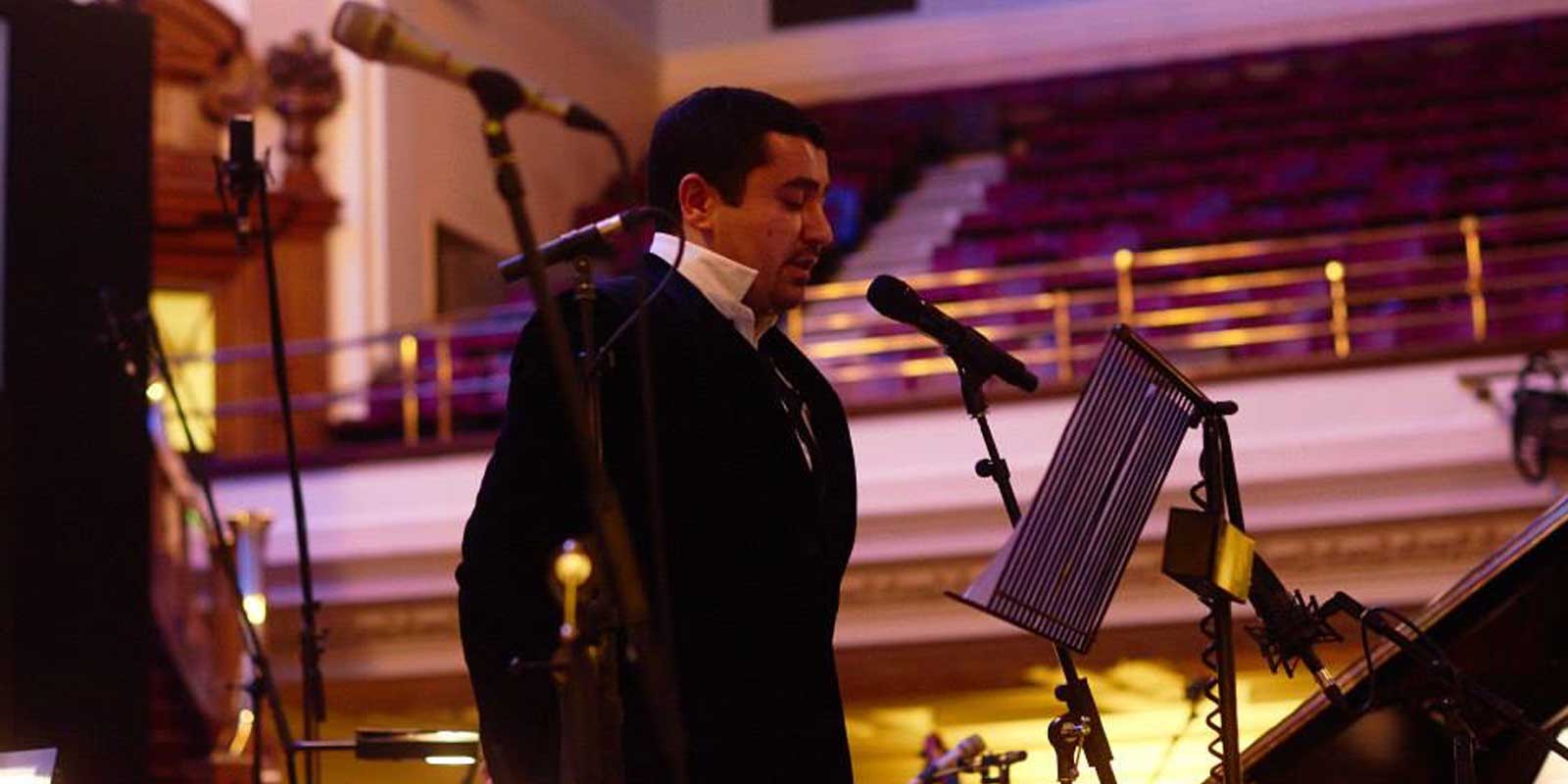 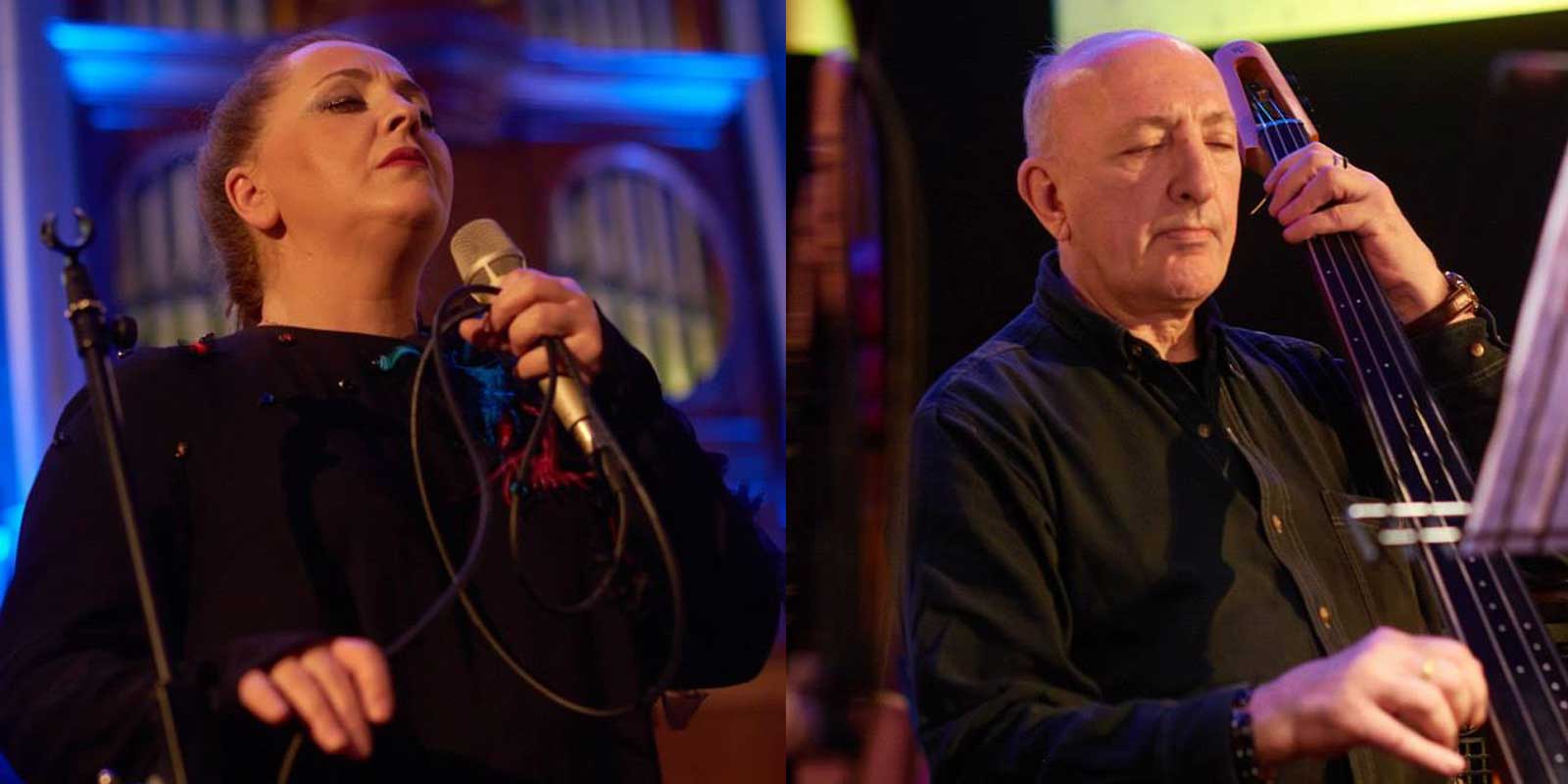 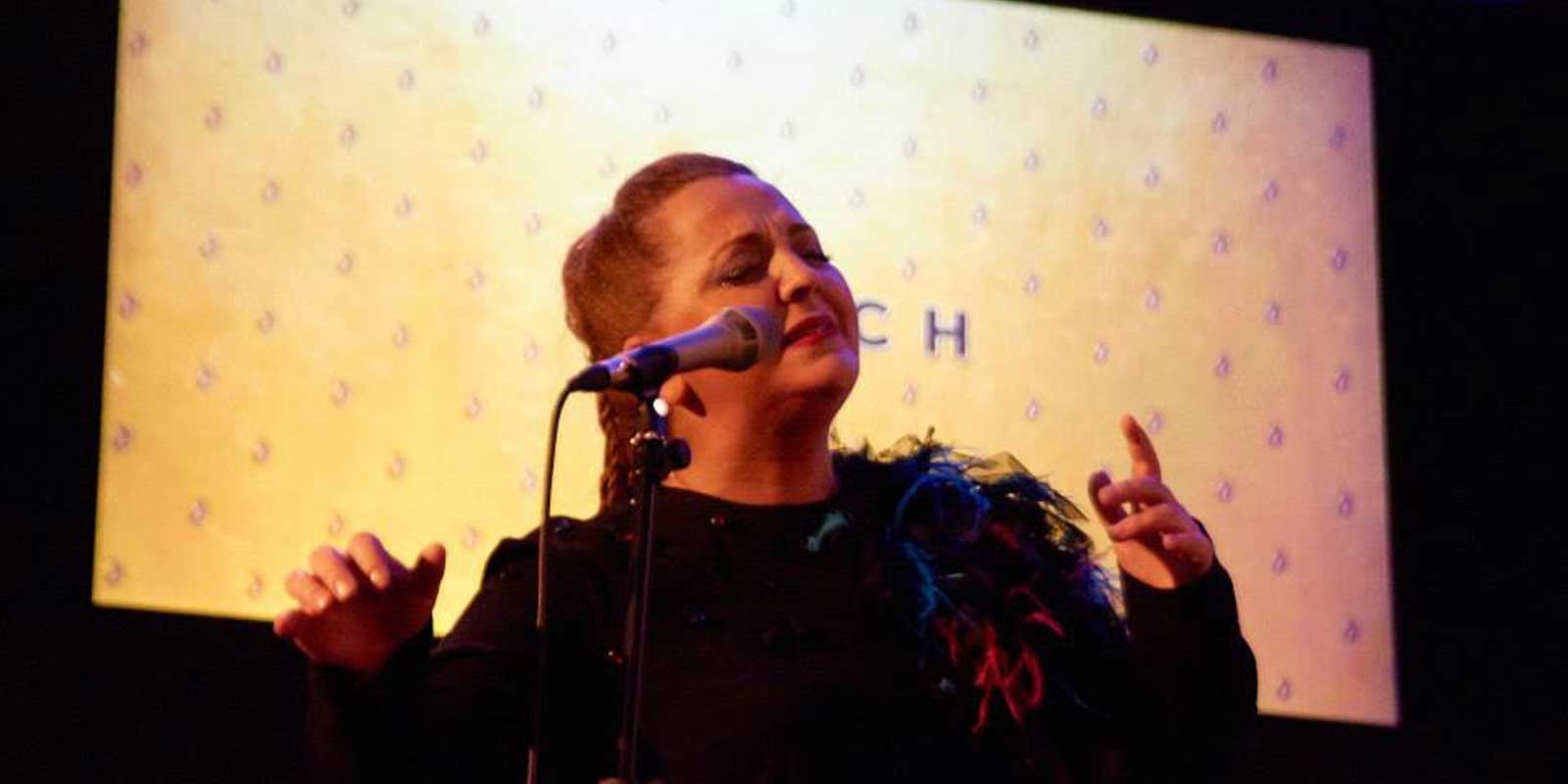 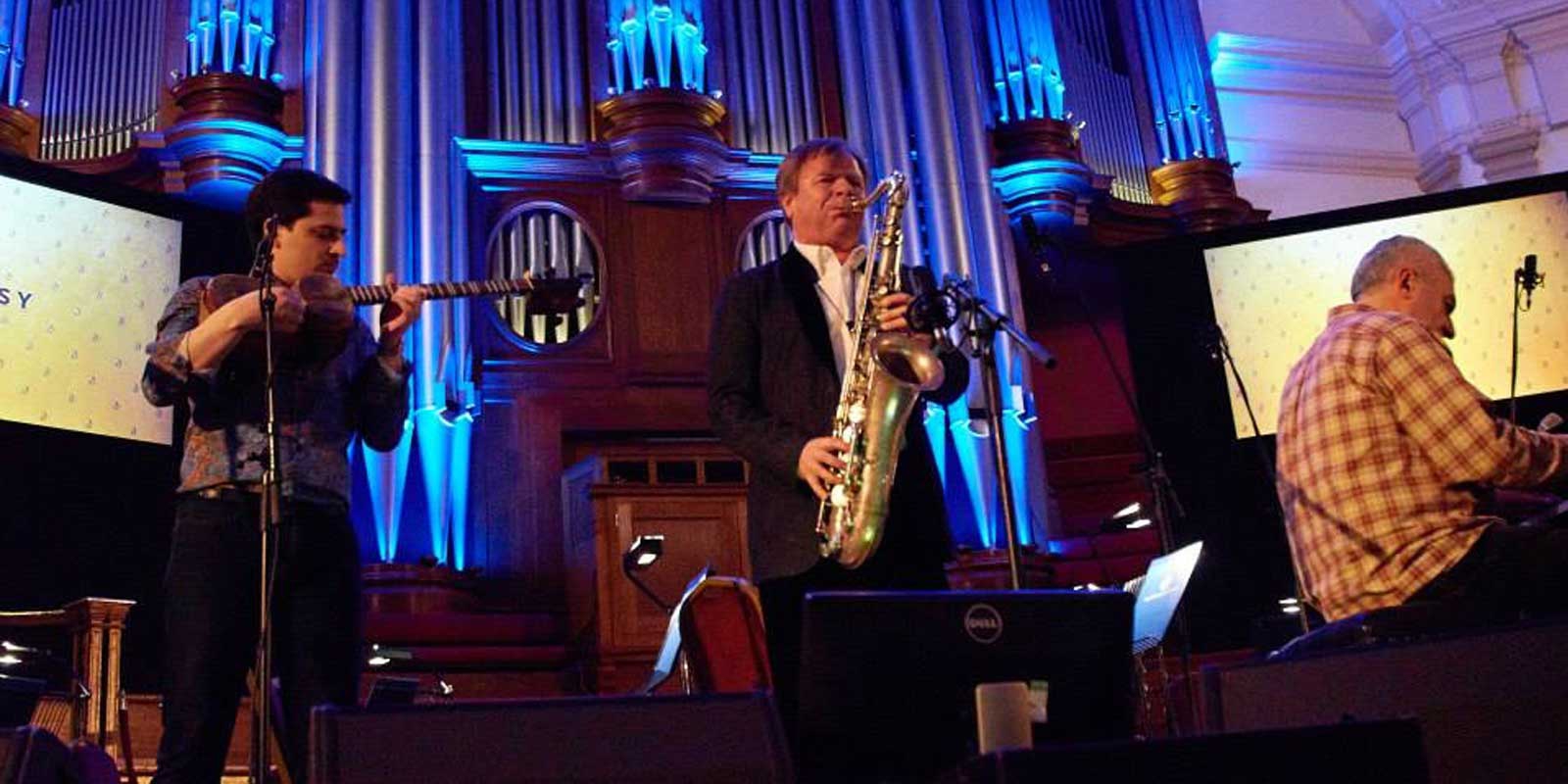 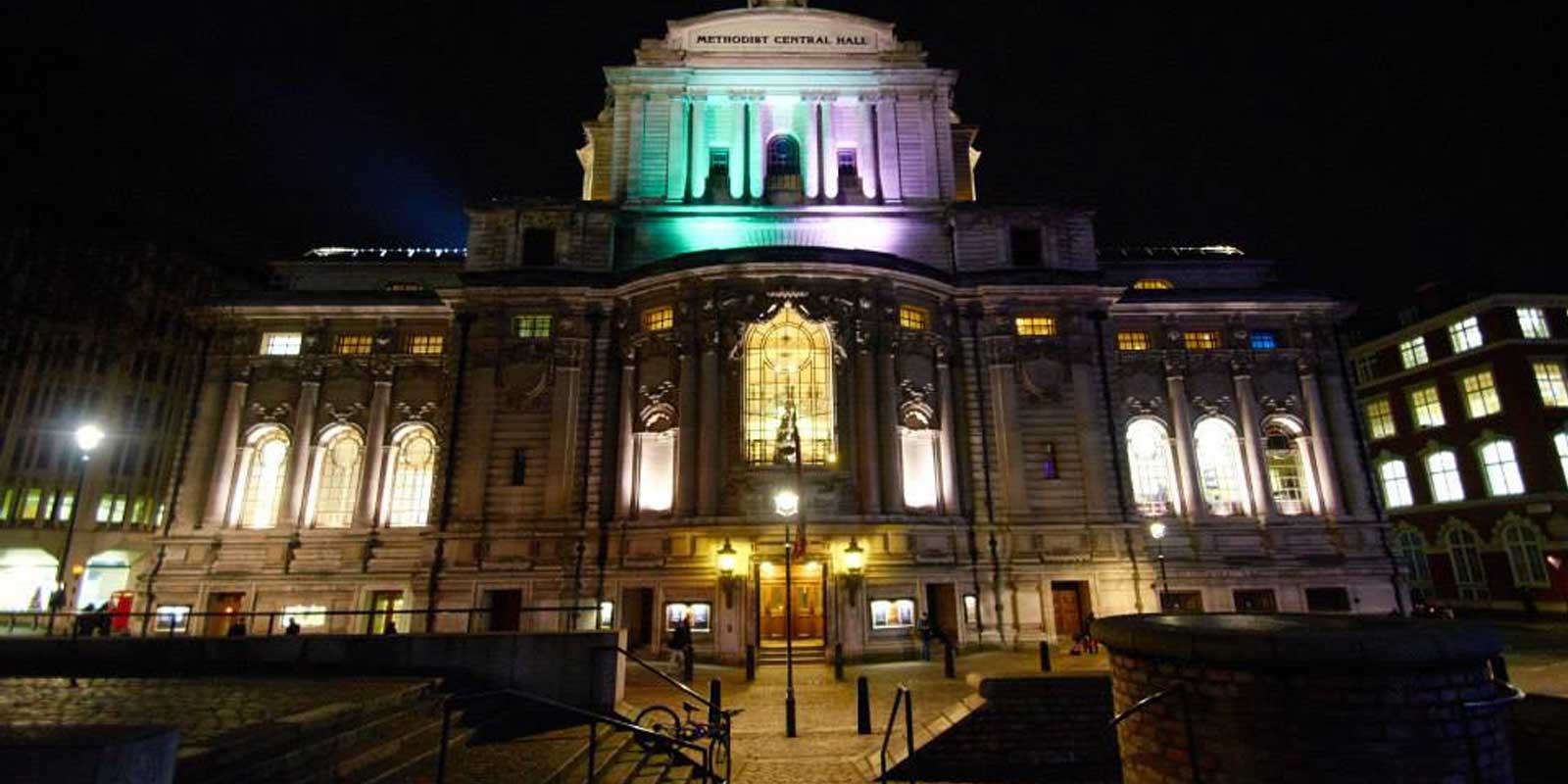 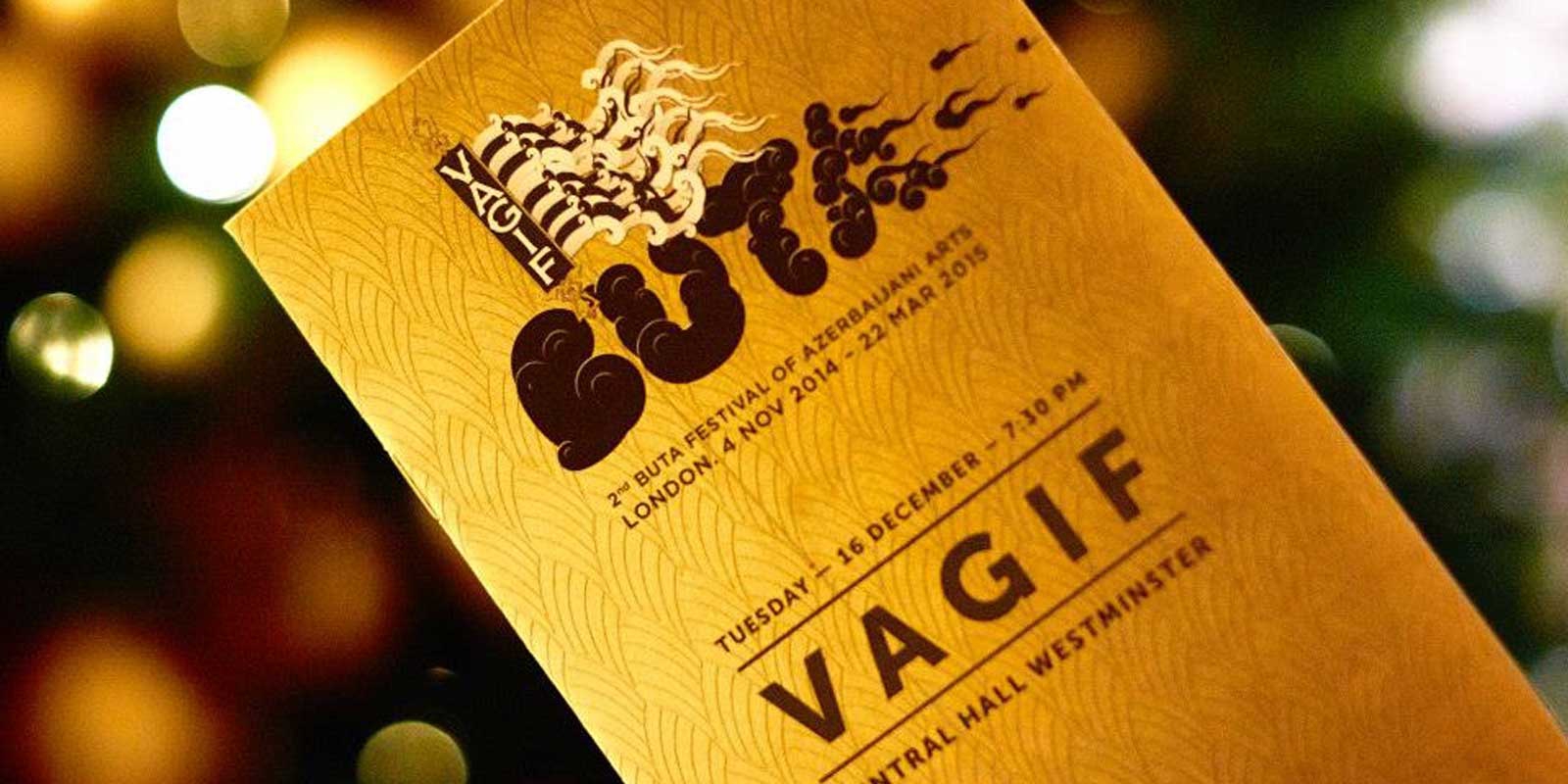 CONCERT FOR THE PIANO AND ORCHESTRA DANCE OF FIRE ♀

FRESCOES OF GOBUSTAN — ♀
CONCERT FOR THE PIANO AND ORCHESTRA

Welcome to tonight’s concert, which is a very special event for Buta. It marks the 35th anniversary of the untimely death of one of Azerbaijan’s greatest musical figures.

Vagif Mustafa Zadeh was a jazz pianist whose reputation travelled much further than he ever did in his 39 years. His brilliant innovations at the keyboard united two disparate musical traditions of his native Baku, creating a brilliant fusion that continues to inspire new generations of performers. His unique ‘mugham-jazz’, fusing the historical music of Azerbaijan with a contemporary sound, made the city swing through its first oil boom, and earned him global acclaim.

Vagif’s story is one of great talent, but also of great determination. As a child of the Stalin era he studied at a time when jazz was supressed in the USSR, playing and listening to this ‘decadent’ music was a jailable offence. While he found himself struggling for official favour at home, there was no question of his reputation among the jazz cognoscenti outside the USSR.

B.B. King, who played with Vagif, once said, “People call me the king of the blues, But if I could play the piano like you do, I would call myself God.”

Following in Vagif footsteps, The Buta Arts Center aims to bring East and West closer together. Over the next few months our Festival of Azerbaijani Arts will bring Londoners the opportunity to attend performances by Azerbaijan’s most celebrated musicians, artists, poets, photographers and special guests.

Our concert tonight is intimately connected with Vagif’s life. We welcome his daughter Aziza, an accomplished musician
in her own right, as well as Tamaz Kurashvili, who performed with Vagif. Tamaz joins Nino Katamadze, one of the biggest stars
of Georgia’s jazz scene, reminding us how Vagif’s career took off in Tbilisi. It’s also a great pleasure to welcome Igor Butman, Russia’s pre-eminent jazzman and one of many musicians who grew up influenced by Viagif’s pioneering role
in developing Soviet jazz.

There was little doubt about the future career of Vagif Mustafazadeh’s daughter, even at a very early age. The pianist herself tells a story of dancing and crying as her father improvised through different modes of mugham while she was still a toddler, reacting powerfully to the emotional pull of the music. Childhood promise grew into adult talent: as a 17-year-old she won the Thelonius Monk competition in Washington DC, blending Monk’s music with mugham in a unique fusion that owed much to her father’s work. By the time she released ‘Dance of Fire’ in 1995 she was already a big hit in Europe
and America thanks to her ability to blend classical, jazz and world music elements — a potent musical cocktail she had grown up with and one she has consistently continued to explore, right up to her most recent album, 2007’s Contrasts II.

Ralf Cetto has worked with Aziza Mustafazadeh since 2008 as well as featuring in several other projects. He is one of the most sought-after bassists in Germany with a reputation as a versatile groover and a sensitive soloist who can perform across the spectrum of jazz, funk, latin and world music. Ralf has performed with several renowned artists including Sheila Jordan, Percy Sledge, Ivan Lins, Adam Nussbaum, Tony Lakatos, Michael Sagmeister, and the radio big band of the Hessicher Rundfunk. Aside from his performing duties Ralf teaches in the department of jazz at the University of Mainz.

Drummer Simon Zimbardo joined the Aziza Mustafazadeh trio in 2008 and since then has toured extensively with the ensemble. The group has also enjoyed widespread TV coverage following its 2009 performances at the Montreux festival and the 2010 Leverkusen festival. Simon also frequently performs with big bands, jazz ensembles and in theatrical productions, as well as accompanying many performers both live and in the studio. Away from the stage Simon teaches drums at the Peter-Cornelius Conservatory in Mainz.

‘This music is not to be understood, but rather inhaled in large doses as an antidote to loneliness, a panacea against stress, a balm against aggression and a cure for scepticism.’ That’s what critics have said about Georgian jazz singer and composer Nino Katamadze, one of the leading performers in the former USSR. Her performing career began in 2000 when she teamed up with Gocha Kacheishvili’s ‘Insight’ group to create an intoxicating synthesis of Georgian traditions and contemporary world music. Despite performing in her native language Katamadze’s subtle improvisation style and invigorating stage presence have earned her an international audience, conveying a message that goes deeper than mere words. Her recent colour-themed albums, ‘Red’ and ‘Green’, have brought her music to a wide audience across Europe.

It’s a special pleasure to welcome Tamaz Kurashvili to this concert because he was a friend and colleague of Vagif’s, and his bass can be heard on many recordings, including ‘Waiting for Aziza’. Throughout his career Tamaz has devoted his skills to pushing at the boundaries of the expressive capabilities of his instrument, blending virtuosity with solid ensemble playing to fit into all genres. His versatile musicianship has trained his audiences to expect the unexpected; a reward for decades of devotion to his art and a tribute to his on-going thirst for new creative discoveries.

From jazzman in exile to hockey-playing buddy of the president, Igor Butman has followed a long journey to establish himself as perhaps Russia’s pre-eminent saxophonist. His career really took off in the 1980s when he was able to move to the US where he played with the likes of Dave Brubeck and Grover Washington as well as leading his own group in Boston with Rachel Z. After returning to Russia in the early 90s, collaborations with the likes of Wynton Marsalis and the Lincoln Center band continued to earn him Trans-Atlantic acclaim while his Moscow jazz club was regarded as one of the top venues in the world. Today he is a jazz icon, continuing to break new ground with his eponymous Moscow club and his jazz orchestra, which recently became the first Russian big band to tour India.

Timothy Redmond conducts and presents concerts throughout Europe. He is a regular guest conductor with the Royal Philharmonic Orchestra, both in the recording studio and the concert hall, and conducts many
of the UK’s leading orchestras.
He has given concerts with the Hallé, Royal Liverpool Philharmonic and Ulster Orchestras, with the BBC Concert, Philharmonic and Symphony Orchestras, and with the Northern Sinfonia, National Youth Orchestra and Orchestra of Opera North. He conducts concerts every season with the London Symphony Orchestra, has a long-standing association with the Manchester Camerata, and in 2006 was appointed principal conductor of the Cambridge Philharmonic. He has recently guest-conducted orchestras in Bosnia, Estonia, Finland, Italy, Macedonia, Slovenia and the US and broadcasts regularly on TV and radio. Timothy Redmond is well-known as a conductor of contemporary music, including several noted interpretations of contemporary operas, and has also performed several jazz-inspired works, most notably at the conclusion of the LSO 2012 Stravinsky Festival.

As a music student Vagif grew up in a country where listening to jazz was highly suspect: propaganda posters of his youth ‘He who listens to jazz today will betray his motherland tomorrow’ and inappropriate syncopation could land a musician on the wrong side of the law. But even in this unpromising soil a few shoots of inspiration could be found, thanks to illicit broadcasts from European radio. These strange sounds, later painstakingly recreated around a piano, offered a taste of creative freedom, the very act of improvisation becoming a rebellious gesture in the face of a state that sought to micromanage culture to fit a socialist-realist agenda. Even after the Khrushchev era thaw, Vagif was still treated with great suspicion by the Soviet authorities, closely monitored and never allowed to perform in the west.

For Vagif jazz was just one form of musical expression. He had a thorough classical training and a passionate interest in Azerbaijan’s own rich musical heritage. The opportunity to improvise mugham themes in a jazz context was irresistible. That led to the birth of ‘Mugham Jazz’, a uniquely Azerbaijani genre that continues to inspire the current generation of stars from ‘Jazz-erbaijan’.

The program brings together performers from Georgia and Russia, as well as Vagif’s daughter Aziza, in a show that reflects key places in his life. Baku and Azerbaijan was where he studied music, where he first encountered jazz and where he began to blend it with the local mugham tradition to create a potent synthesis of ancient and modern, east and west. Tbilisi, Georgia, represented by Nino Katamadze and her ensemble, was where Vagif moved after completing his studies, leading several ensembles that blended jazz and traditional music. Top Russian saxophonist and bandleader Igor Butman’s performance reflects the lasting influence of Vagif’s artistic integrity and musical legacy on the post-Soviet jazz scene.

Mugham is the historic song of Azerbaijan, jazz is the beat of its contemporary heart. Vagif Mustafazadeh was the man who brought the two together and this memorial concert traces the story of his life and work.

His fame spread far beyond the closed borders of the USSR, even though he was never allowed to perform beyond the Iron Curtain for fear that he might defect and deliver a prestigious cultural figure to the Cold War enemy. Despite this he was the only musician ever to be awarded a prize in absentia at the 1979 edition of the long- running “Concours International de Composition de Jazz” in Monaco. His piece, ‘Waiting for Aziza’, won him a white grand piano but sadly he never learned of his success; on December 16 of that same year he suffered a heart attack on stage in Tashkent and died.