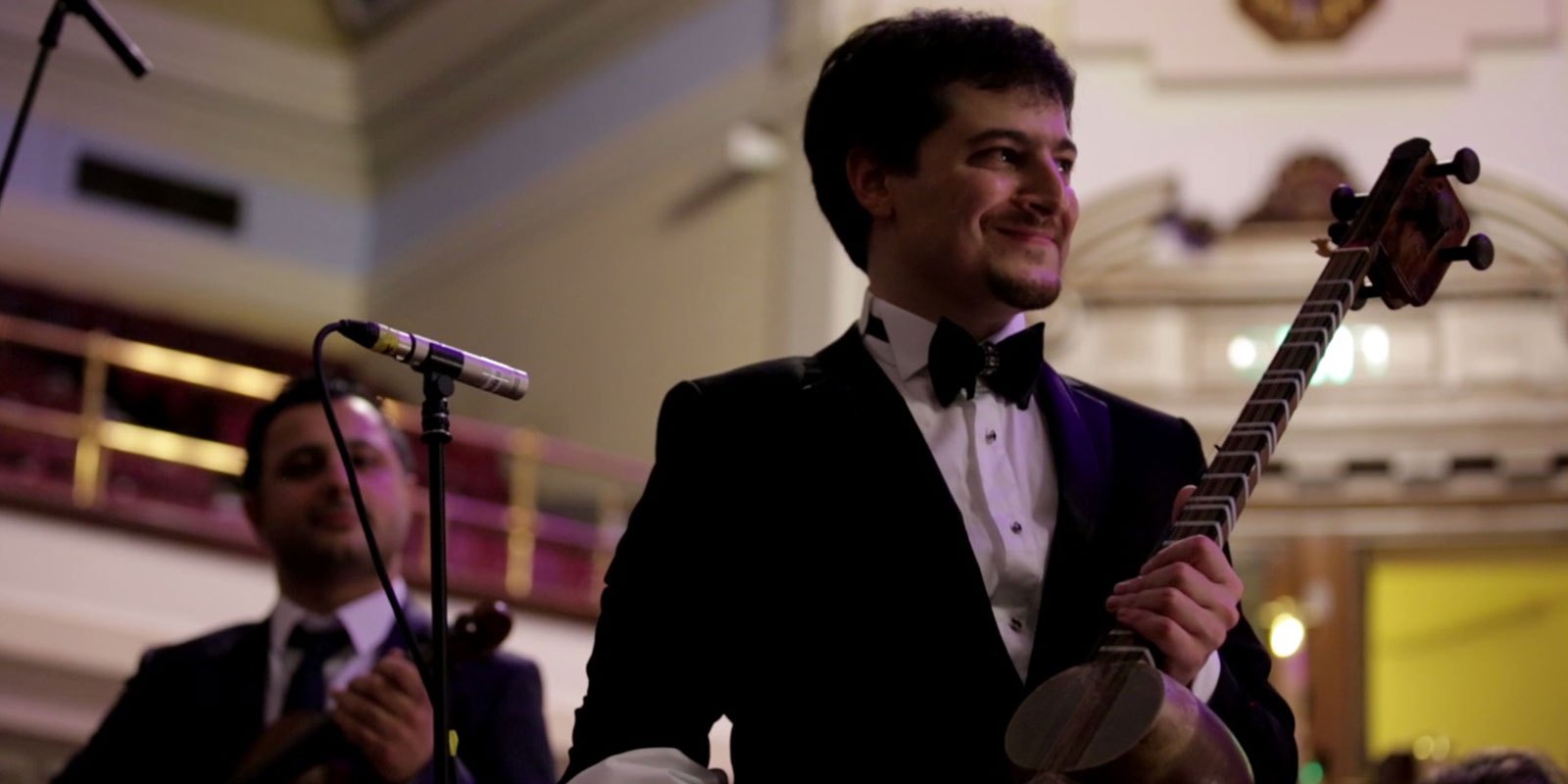 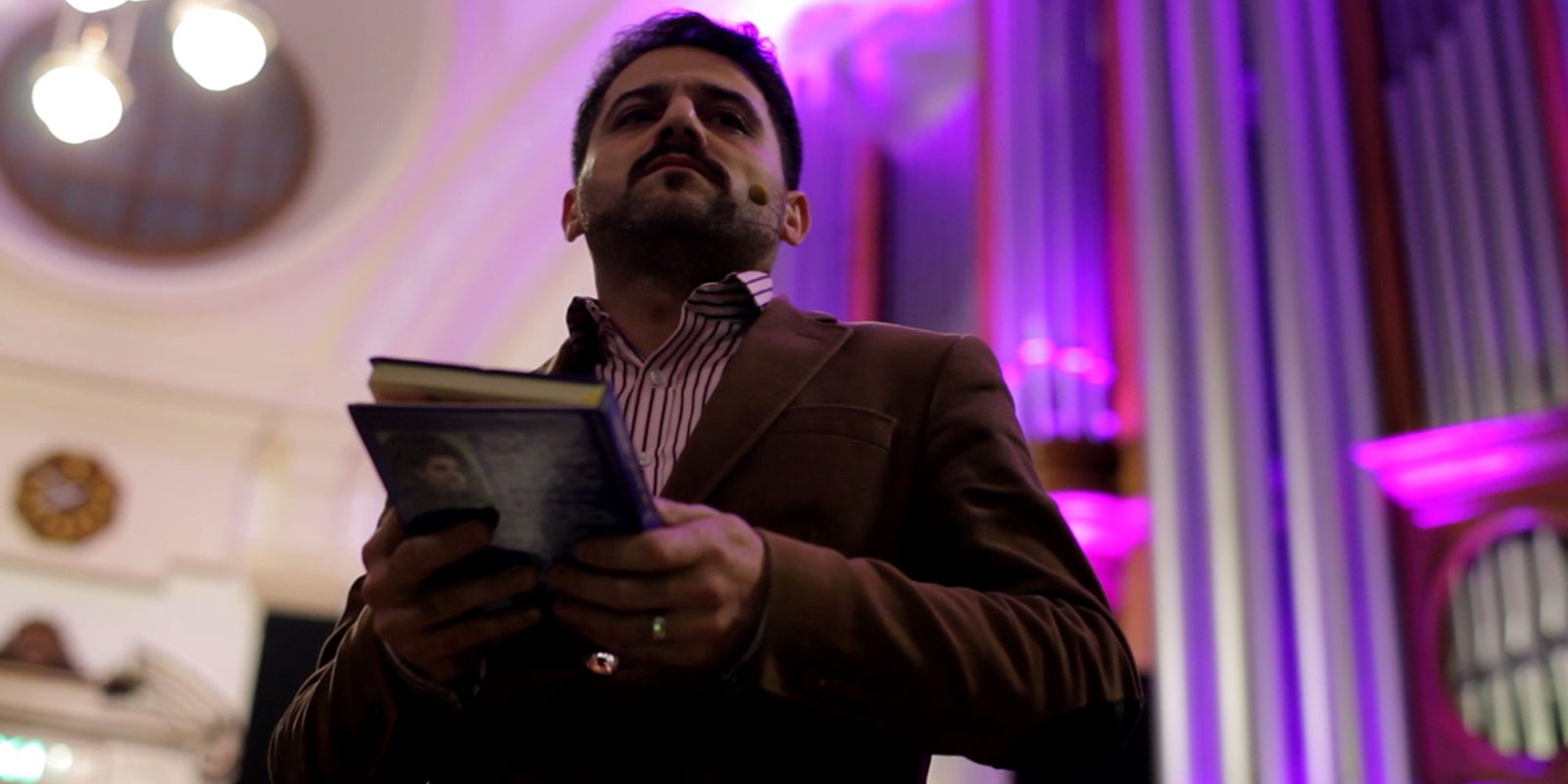 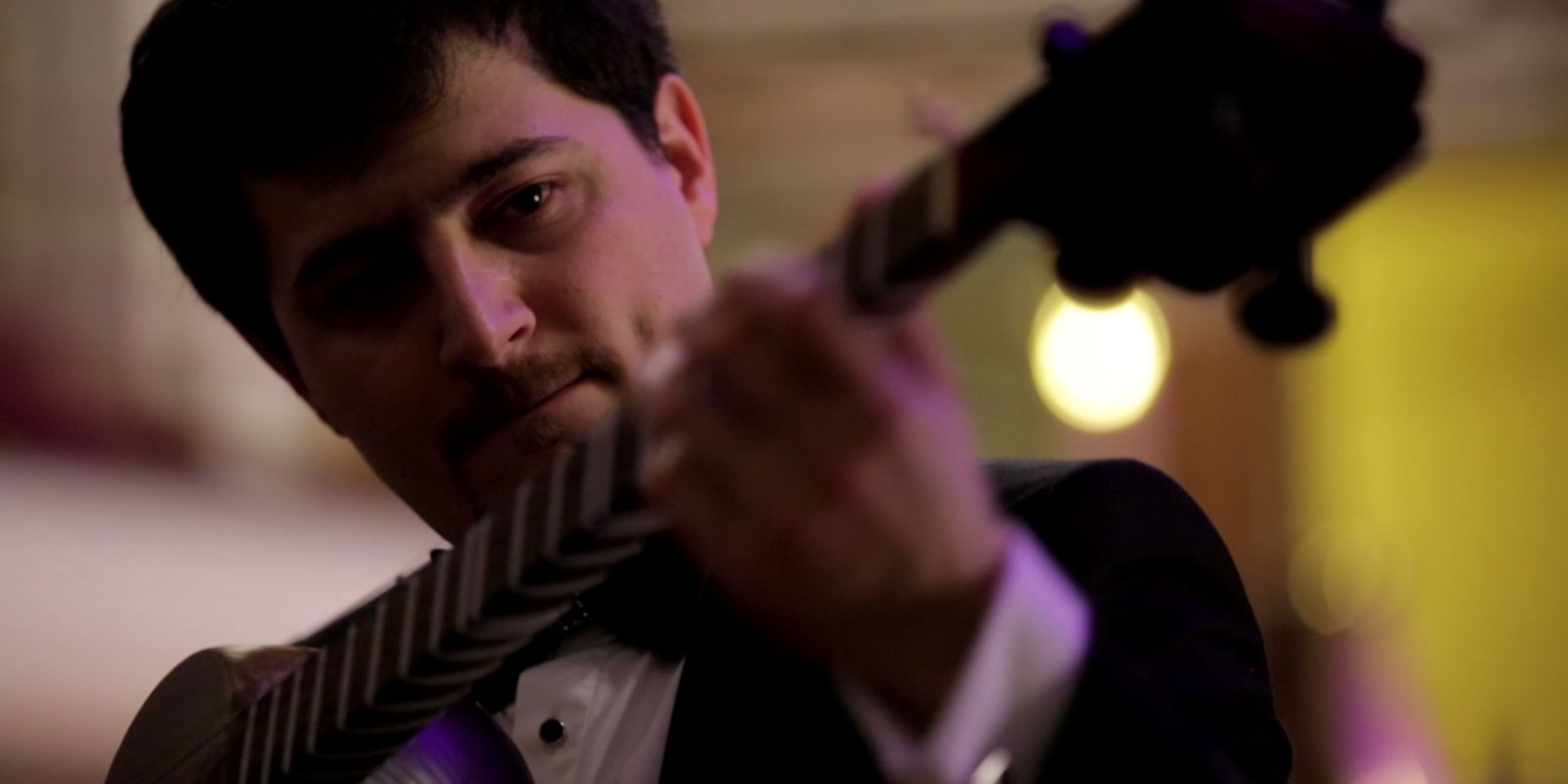 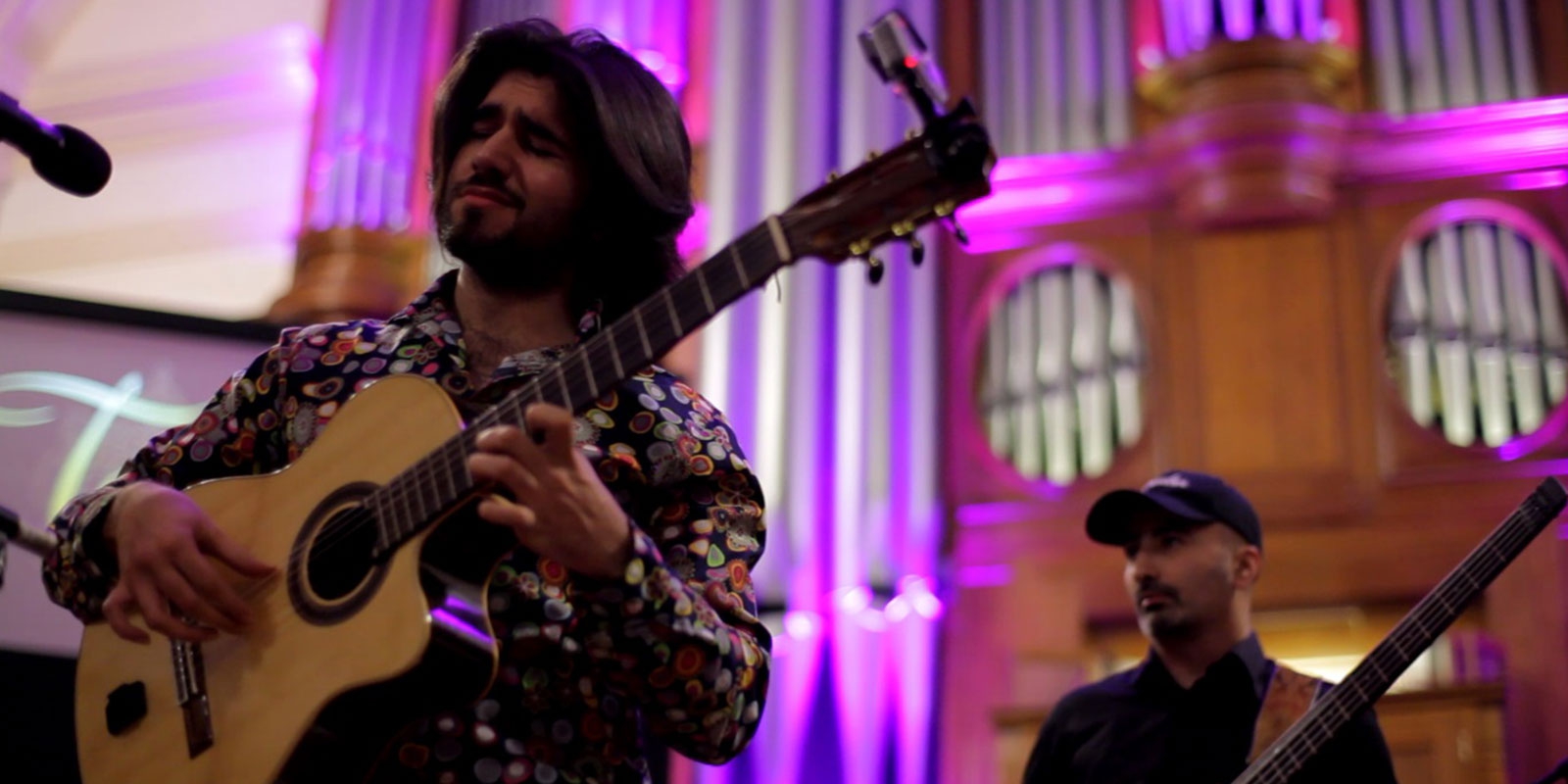 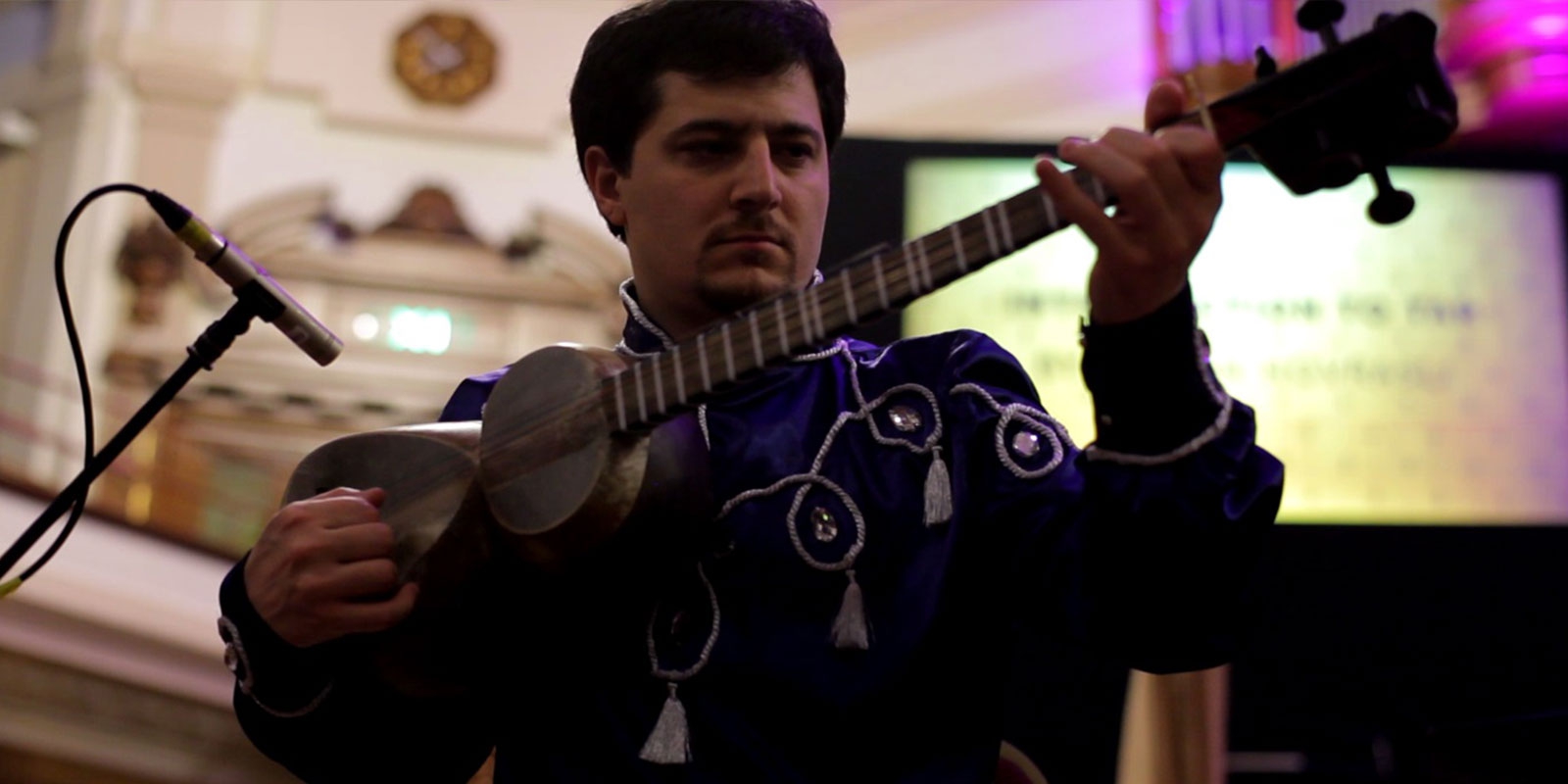 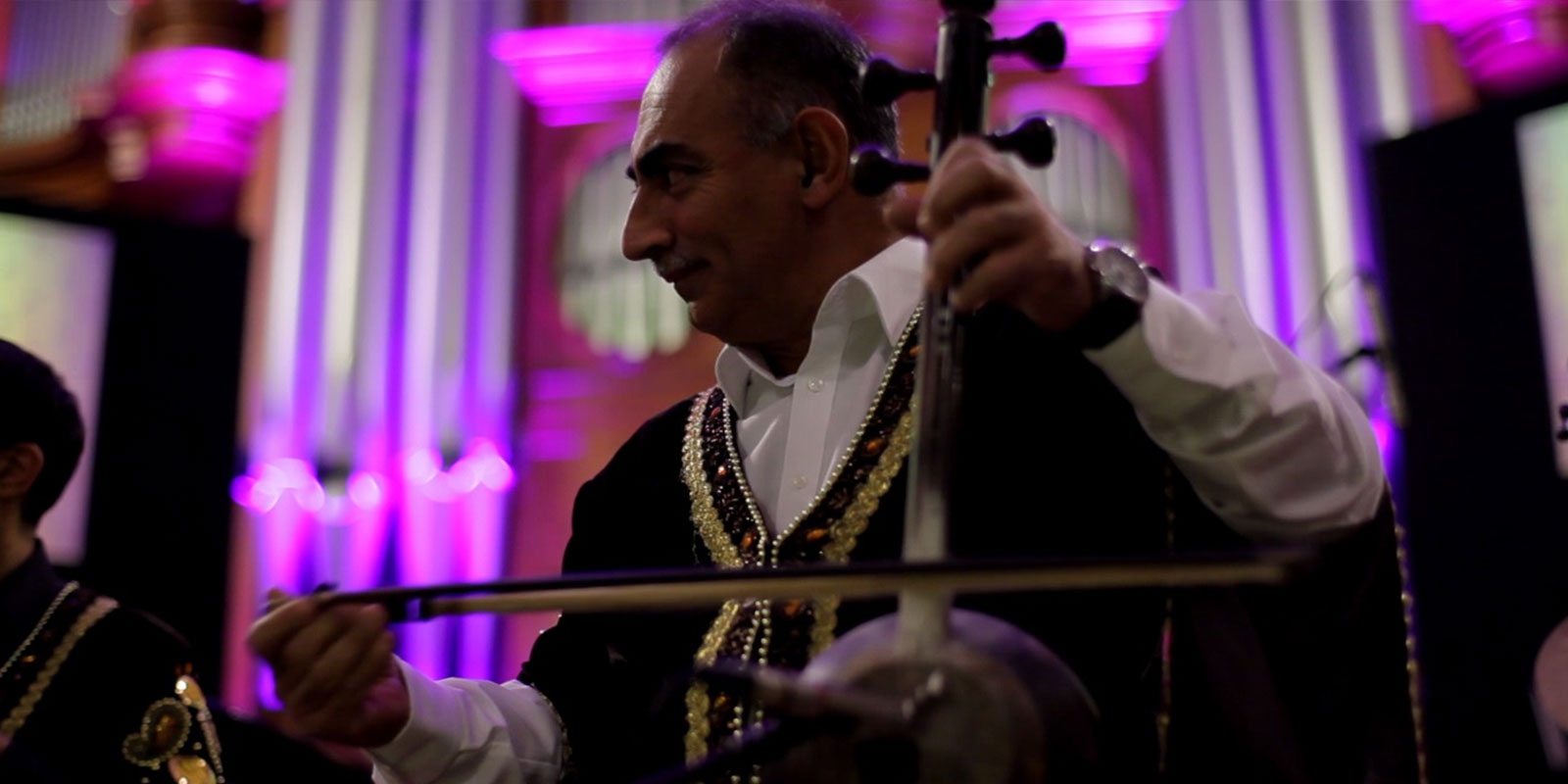 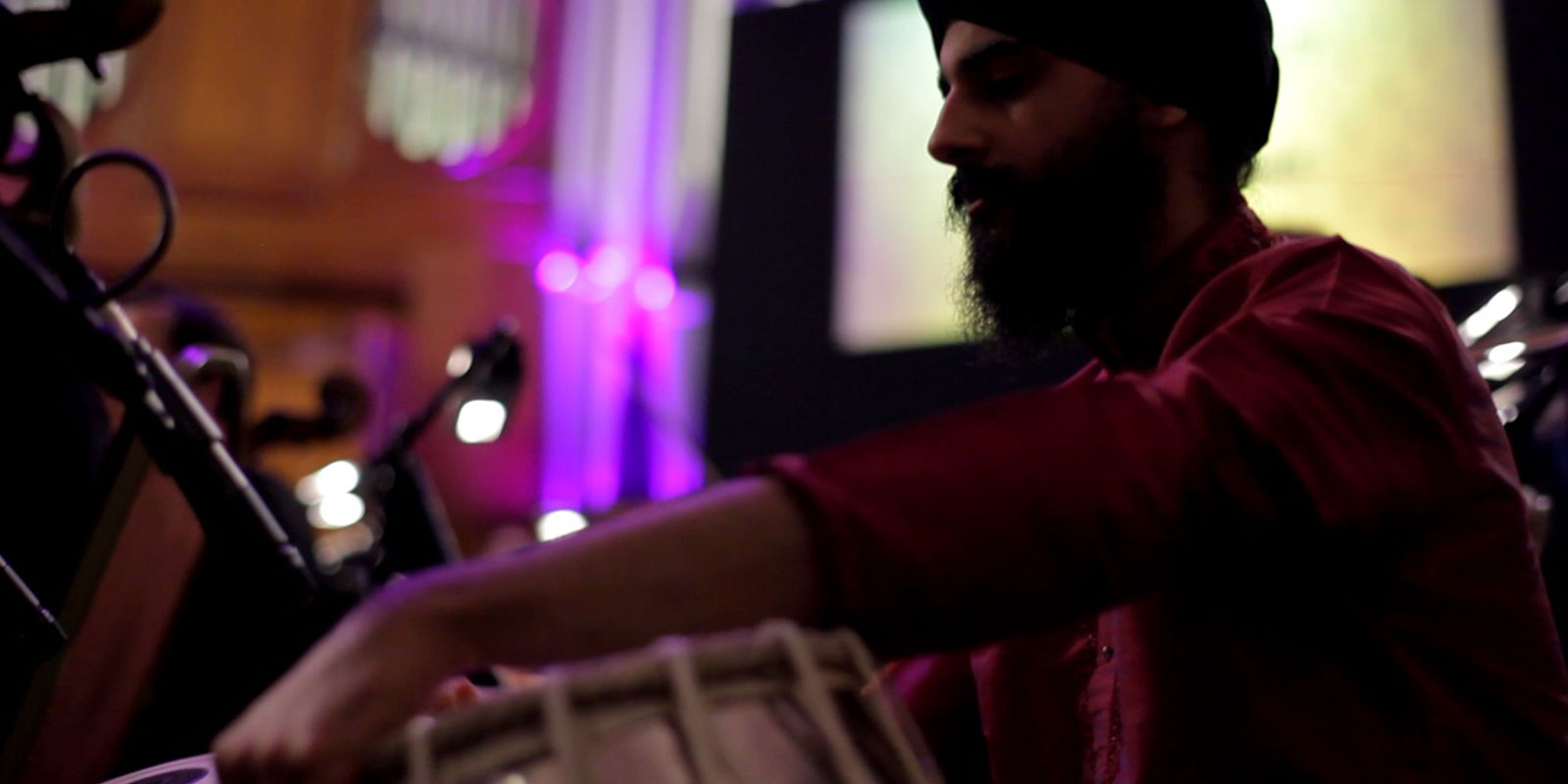 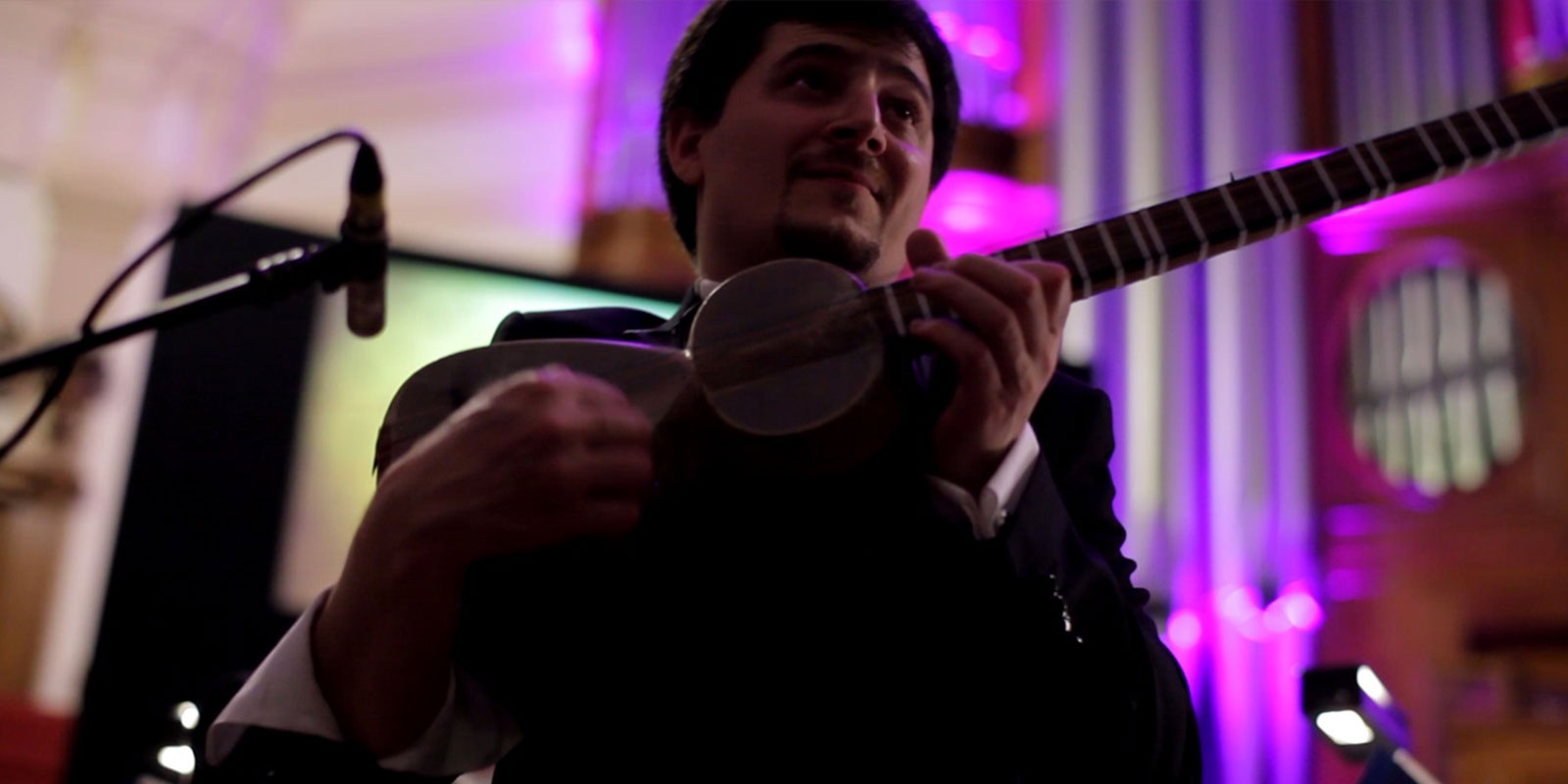 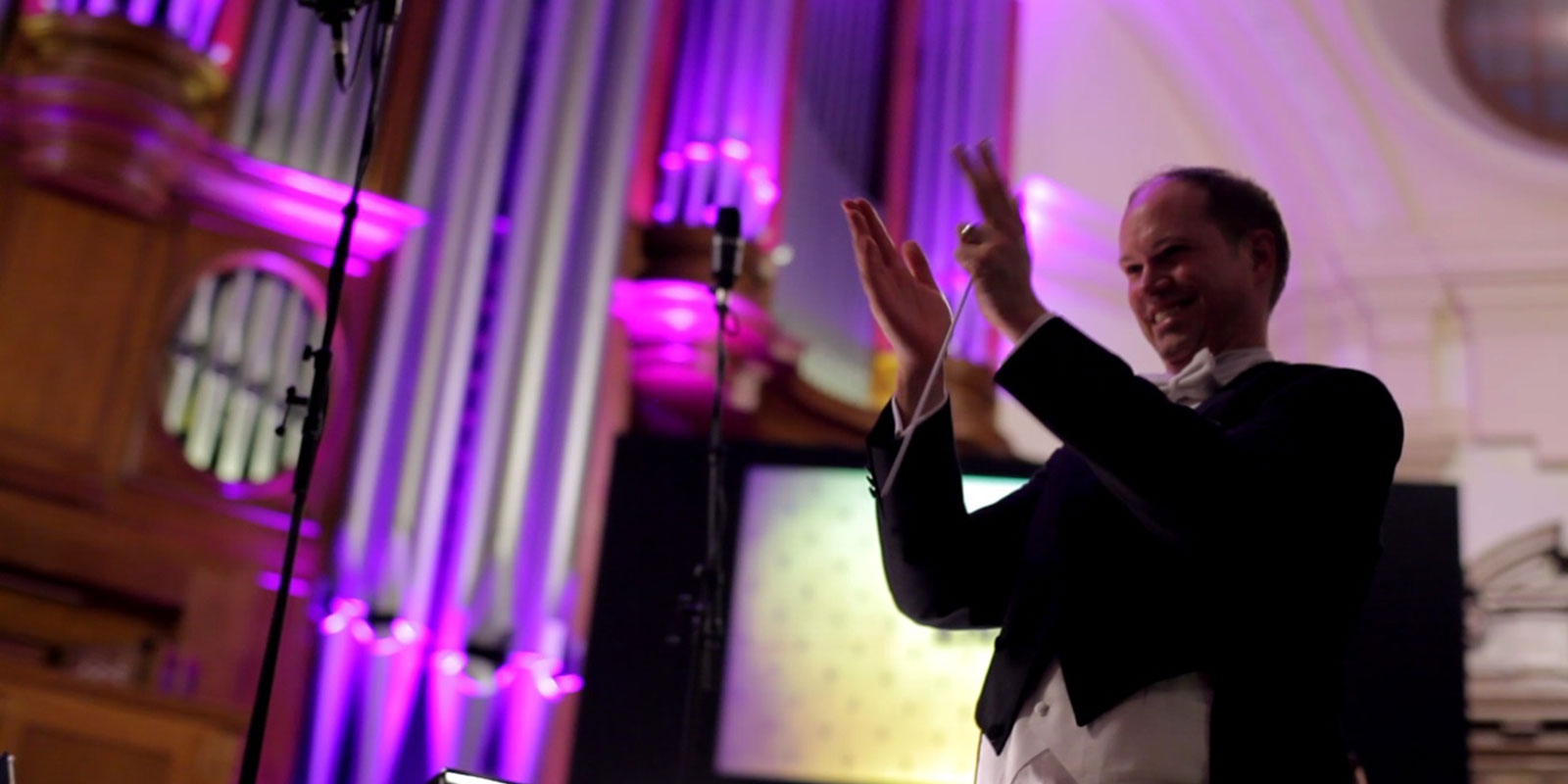 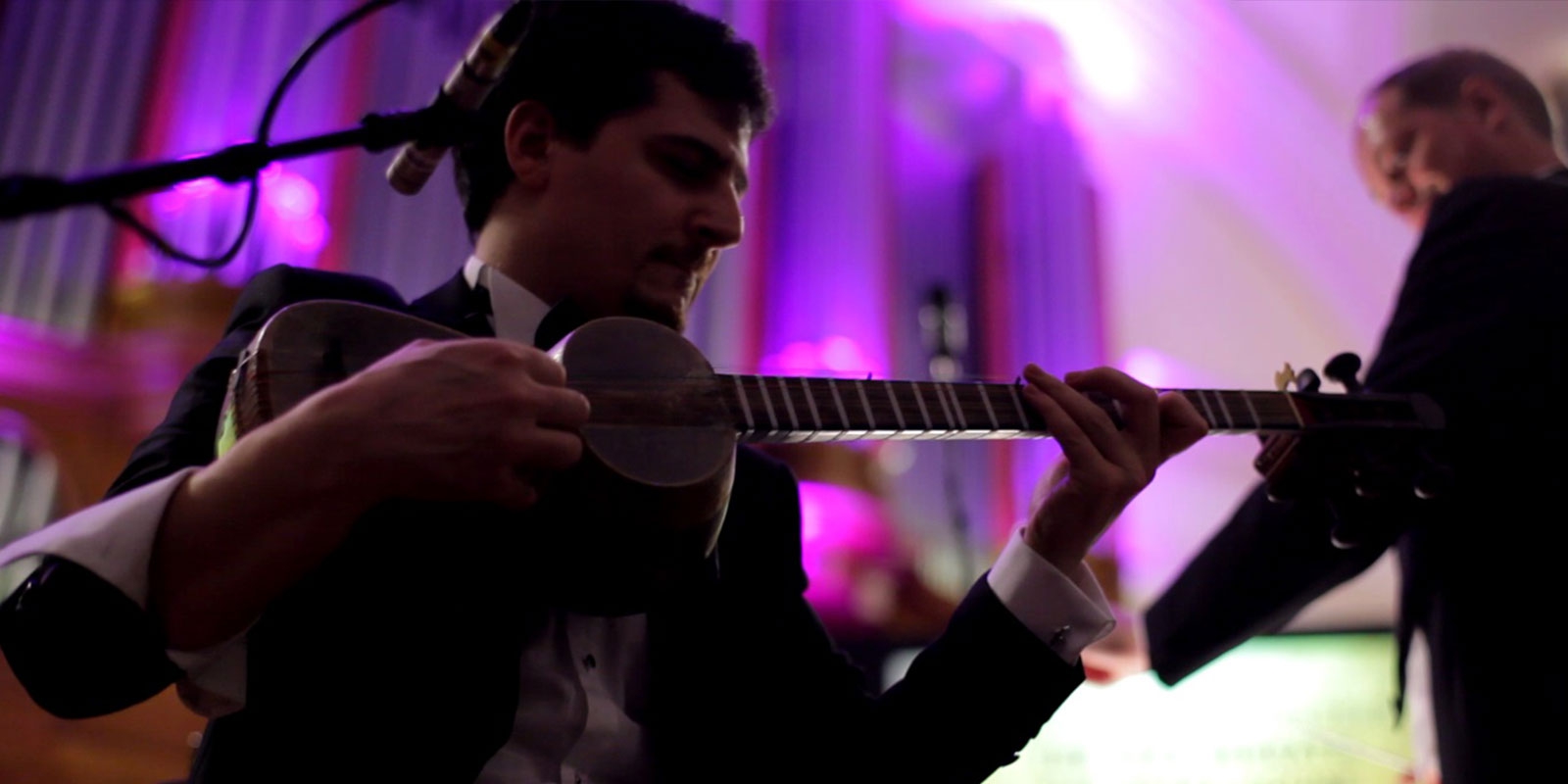 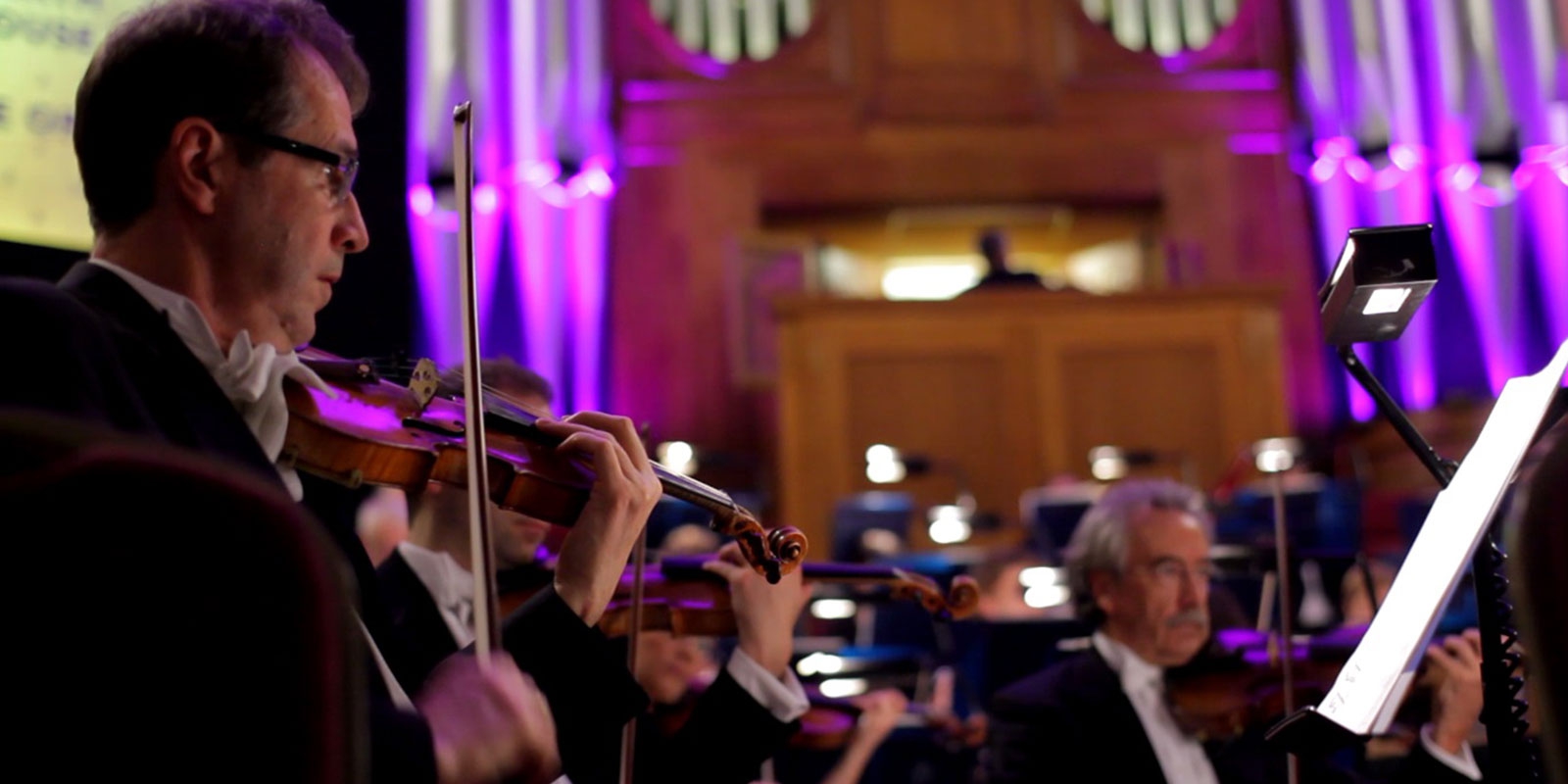 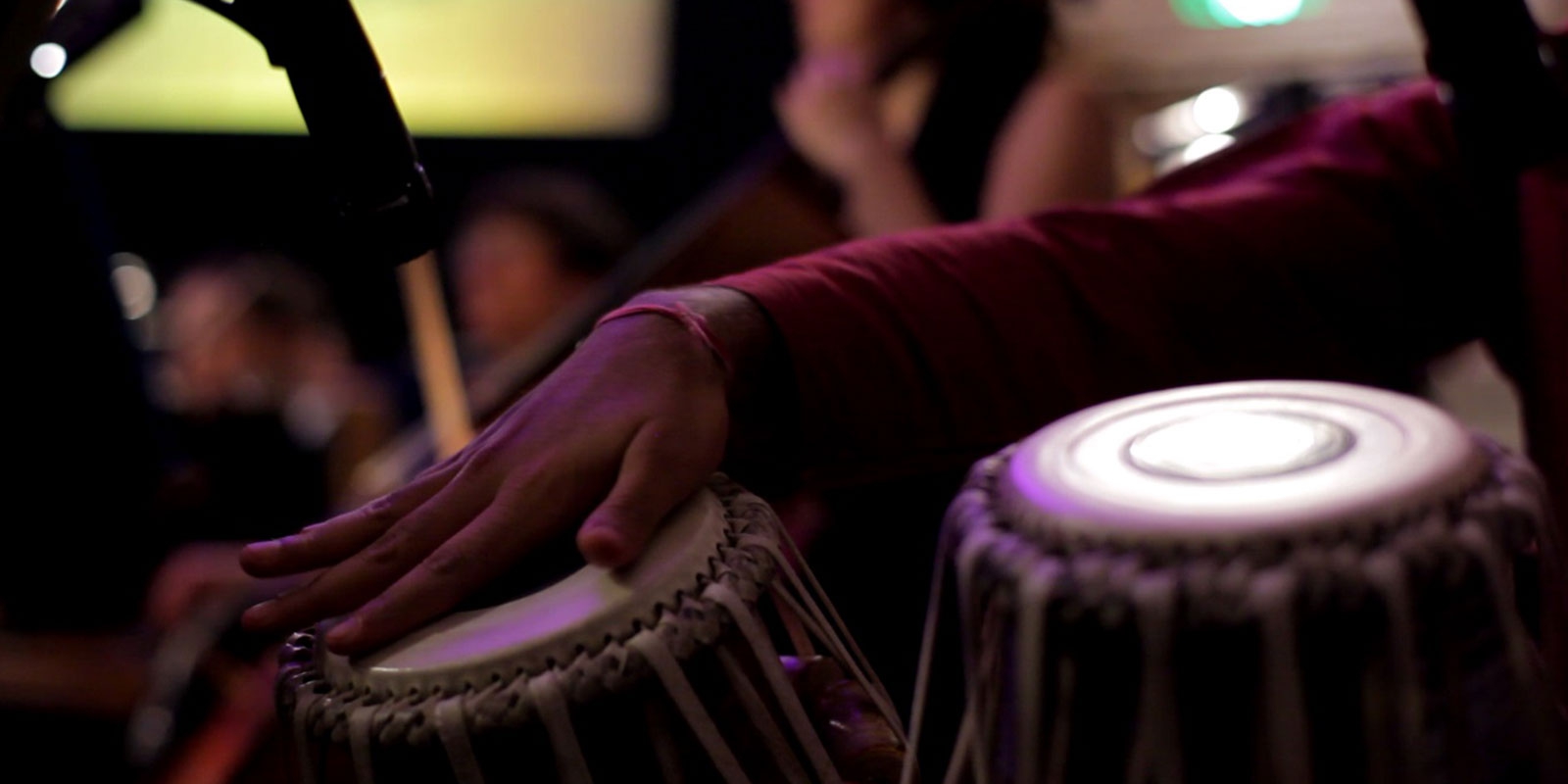 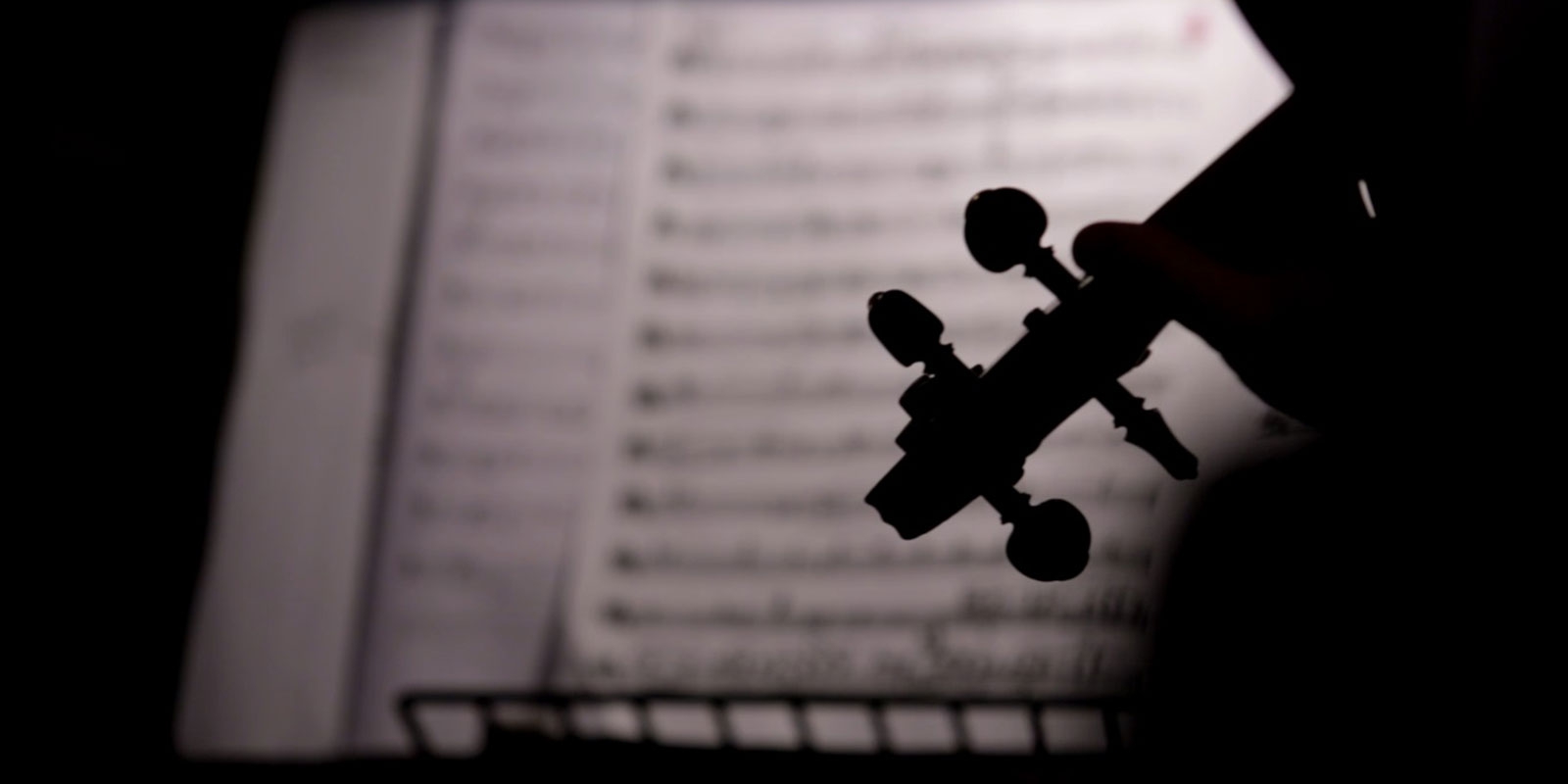 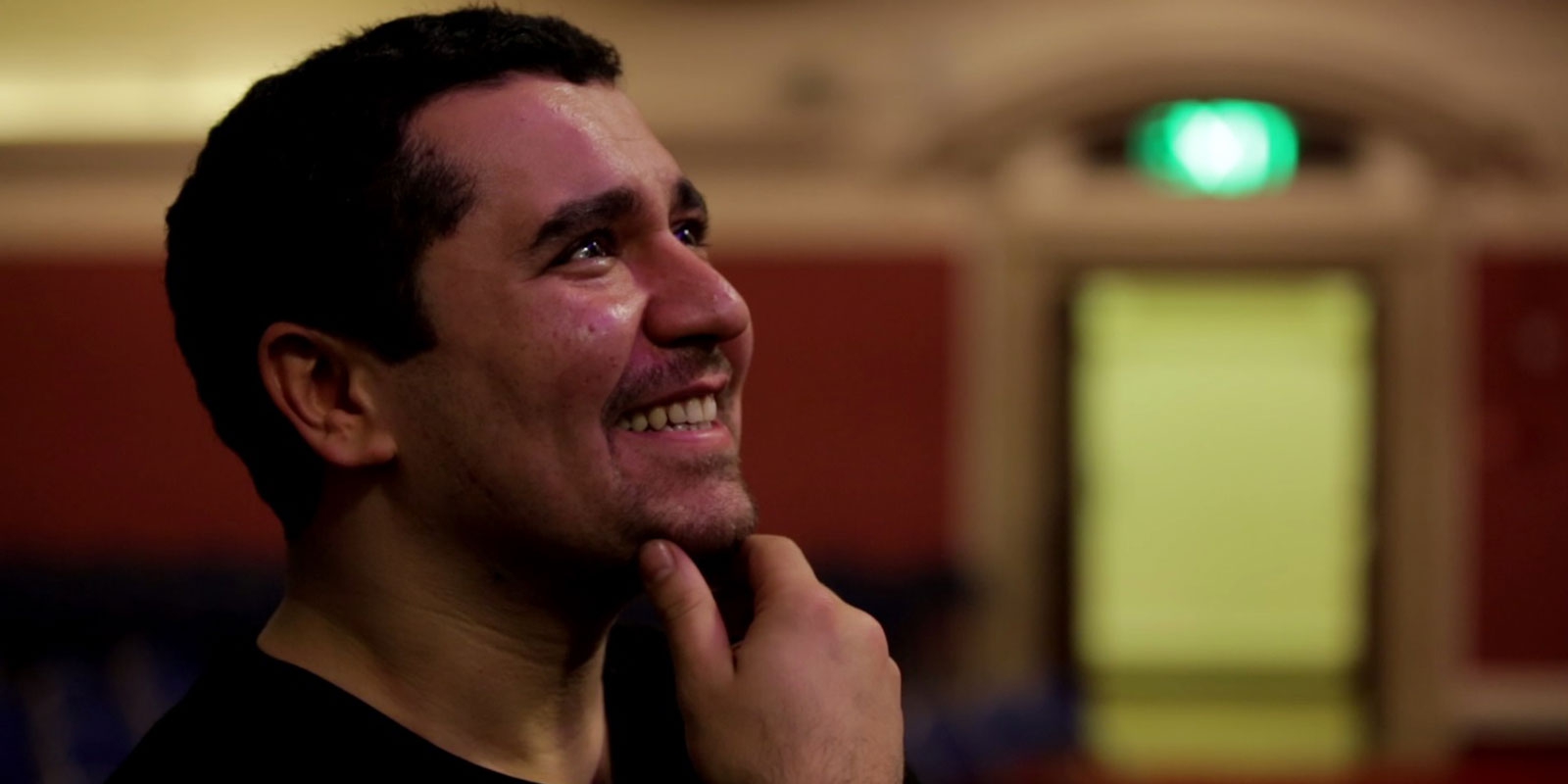 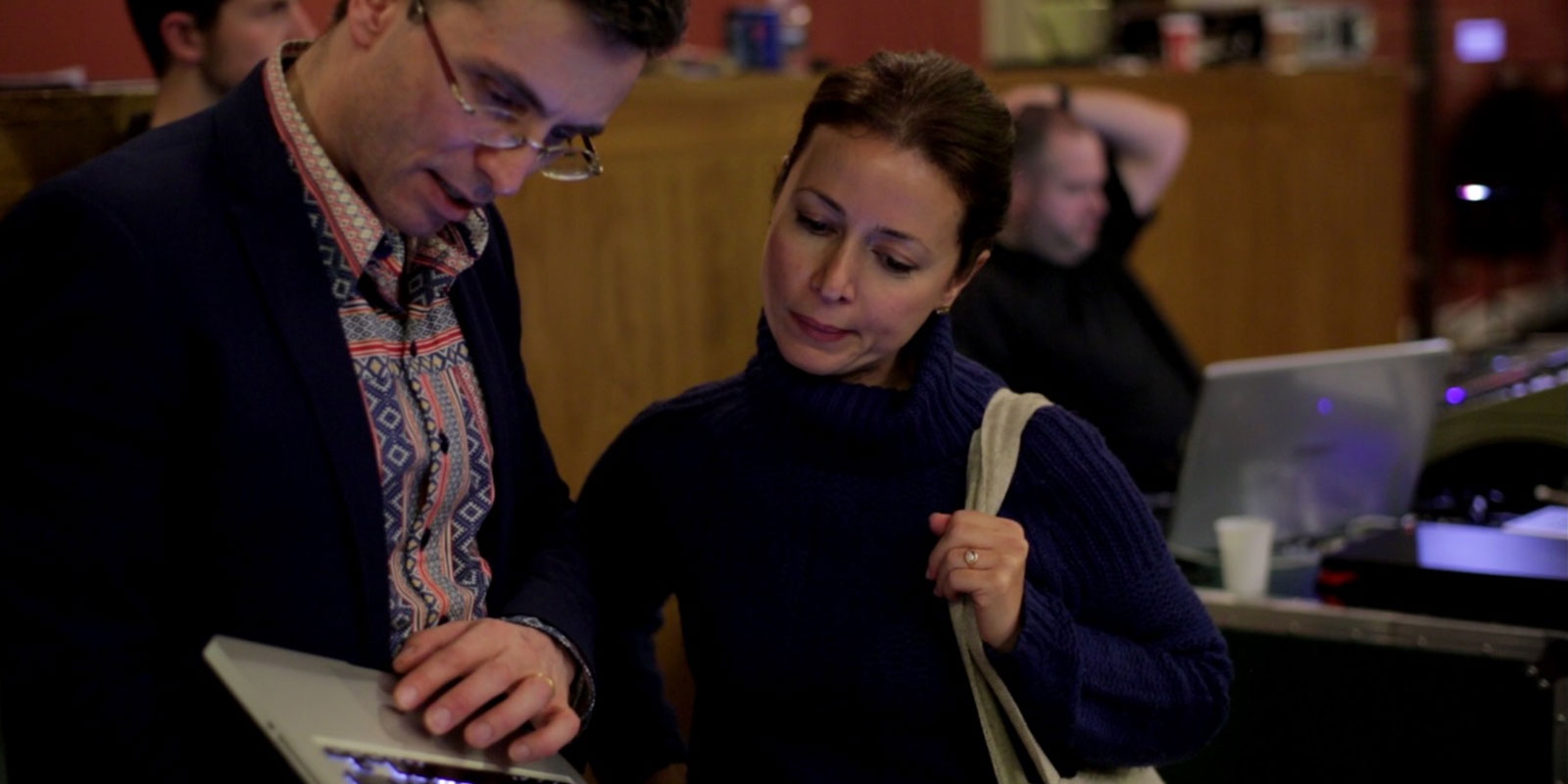 PART I
Introduction to the Tar

Tar in latin
with Chingiz Mustafayev

Tonight’s performance is a natural follow-up from the mugham evening we enjoyed at Southwark Cathedral earlier this month as we explore the tar, the instrument that plays such a vital role in mugham … and much more.

With its long, graceful neck and distinctive hourglass figure, the tar looks as beautiful as it sounds and its image and music alike are immediately recognizable symbols of Azerbaijan. But like so much in Azerbaijani culture it is also a hugely versatile instrument – and that is what tonight’s concert aims to demonstrate.

Tonights programme takes us on a journey through the tar’s vast repertoire, beginning with its role in mugham. which has been at the heart of life in Azerbaijan for thousands of years. Mugham has always been the song of my nation and expresses the soul of my homeland. It is a natural starting point for this evening.

Then our path takes us on some unexpected twists and turns, to the Latin passions of flamenco and the sultry swing of jazz. In the second half we explore the tar’s role with a symphony orchestra. We will hear Tofiq Bakikhanov’s Concerto for Tar and Orchestra, blending ancient Azeri music with the Western classical tradition. And we also have song arrangements of famous orchestral music for the tar. There’s even a touch of West End glamour with a special version of ‘Phantom of the Opera’.

I’m also particularly happy to introduce yet another talented member of the Novrasli family to our Buta festival. Poet Tarlan Novrasli will share some of his verses about the tar and introduce the instrument to us with help from his brother Arslan. While Tarlan has a long association with Buta, this is his first appearance at our London festivals.

So, from the glittering stages of Theatreland to the roots of Azerbaijan’s culture, the tar is our guide tonight – an instrument that truly bridges cultures and musical genres. Thank you for supporting tonight’s performance, and enjoy the concert!

The fourth of the Novrasli brothers grew up in the same musical environment as Shahin, Arslan and Nurlan – but he found his voice in the music of poetry, writing in both Azerbaijani and Russian. In 2009 Buta supported the publication of his first volume of verse, Sarab (Mirage), featuring more than 100 poems. He also became the first Azerbaijani to compete in the Turkstar TV talent contest, reaching the final. In 2012 Tarlan joined his brothers for Buta’s ‘Novrasli 4’ concert, performing two of his poems, ‘Hope’ and ‘Thank God’.

Vocalist Nurlan Novrasli is familiar to London audiences after his performances at the First Buta Festival of Azerbaijani Arts five years ago. He took part in a memorable evening of jazz-mugham fusion with his brothers Shahin and Arslan, as well as introducing the unique sound of mugham to the capital. He has won several awards, including the top prize in the 2004 TV contest Azeristar and the 2006 Cahan Dala festival in Kazakhstan. His concert engagements have taken him to many countries, appearing throughout Europe and also in Japan.

Munis Sharifov is a much-decorated performer on traditional Azerbaijani instruments and is the world’s only professional chagana player. Sharifov is also the director of the Azerbaijan State Ensemble of Ancient Musical Instruments. In the mugham trio assembled for the Buta Festival of Azerbaijani Arts he plays the kemancha, another string instrument. The kemancha, which derives its name from the Persian word for ‘little bow’ was described by Uzeyir Hajibeyli as the perfect instrument to accompany the human voice. It is also the cornerstone of the classic mugham line-up, along with a vocalist and a tar player.

Vugar Sharidzadeh studied the nagara from his childhood at Baku’s Azizbeyov Palace of Culture. The nagara is a type of paired drum, one high-pitched, one low, usually played with short wooden sticks that bend outwards at the top. After serving in the military in the 1990’s Sharidzadeh began his musical career in 1999 and has gone on to play with many of the biggest stars of the Azerbaijani music scene. He is a regular performer at major events within Azerbaijan and abroad.

Chingiz was born into an Azerbaijani family in Moscow, but in his childhood he moved to his mother’s home town of Qazax, near Gangha, after the break-up of the USSR. His father was a keen amateur musician, but Chingiz showed little sign of inheriting that passion until his teens when he encountered flamenco for the first time and decided he had to learn to play guitar. In 2011 he reached the semi-final of Azerbaijan’s competition to select a performer for that year’s Eurovision Song Contest.

One of the finest tabla players of his generation in the UK, Gurdain Rayatt has studied the tabla from his father Harkirat Singh, his grandfather Bhai Gurmit Singh Virdee and is a prominent disciple of Pandit Shankar Ghosh. Based in North London, he has performed at various prestigious festivals and venues inside and outside India and regularly delivers tabla classes in his area

Baku-born violinist Rüstem Mustafa demonstrated prodigious talents at an early age, winning awards at international competitions while he was still a child and making his concerto debut with the State Symphony Orchestra of Baku when he was just 13. As a teenager he moved to Turkey to continue his studies, first under Server Ganiyev at Ankara’s Bilkent University then with Venyamin Varsavski at the Istanbul University State Conservatory, while he won the first prize on graduation in 2002.
A familiar figure on the Turkish concert scene he has performed with many leading orchestras. Today he is the leader of the 2nd violins at the Borusan Istanbul Philharmonic Orchestra and the leader of the Chamber Orchestra of Istanbul and the Orchestra’Sion.

Still in his early 30s, Timothy Henty is one of the brightest stars among the new generation of English conductors. His perform­­ances at the BBC Proms have been hailed by critics for his ‘exact, inspiring and vivid presence’.
Henty has already garnered a strong reputation on the theatre stage and in the concert hall, where his interests range from contemporary dance with Matthew Bourne’s company to English light operetta and especially the works of Gilbert & Sullivan. Timothy studied conducting at the Royal College of Music and HRH The Prince of Wales presented him with the Tagore Gold Medal, the college’s top award for its most outstanding student. Henty is also a sought-after arranger and editor of scores and in 2008 he worked with director Anthony Baker to create an acclaimed new version of the lost Gilbert & Sullivan opera ‘Thespis’.

THE TRIUMPH OF THE TAR

Azerbaijan’s national instrument, the tar, is a unique sight. Its double head gives it an instantly recognisable ‘figure-of-eight’ shape with a long slender neck stretching strings traditionally made of gold and silver.

Its sound, which in the hands of a true virtuoso beguiles the Khans and warriors of legend and lures the lovesick in search of their sweethearts, is the bedrock of Azerbaijani mugham, the country’s great musical tradition. Versatile enough to evoke the various modes of that ancient song it forms the perfect accompaniment to the elaborate melodies of love and lullaby. Its music has been hymned in the verses of Azerbaijan’s greatest poets, including Nizami Ganjavi, regarded as the father and zenith of the country’s literary tradition.

“I beg the singer to play the tar just one more night,
and ease the sorrow that life bestows upon me”

“Eskandar Nameh” from Nizami Ganjavi’s “The Book of Alexander”

But that is merely the start of its versatility, for the tar also features prominently in Azerbaijan’s orchestral, operatic and jazz music — and even the contemporary architecture of Baku. In 2009 the waterfront Mugham House opened the doors to a building shaped in the form of the instrument, literally producing a concrete monument to the centuries-old sound of the national soul.

This concert highlights the different musical environments where the tar supplies its distinctive voice. In the hands of Azerbaijani virtuoso Arslan Novrasli, we hear it in traditional mugham, alongside a symphony orchestra and taking its place in jazz and flamenco bands, exploring how the role of the tar has evolved and expanded since the late 19th and 20th century. That’s when the boundaries between different cultural traditions began to blur, starting with the great body of mugham-opera that kick-started the whole process.