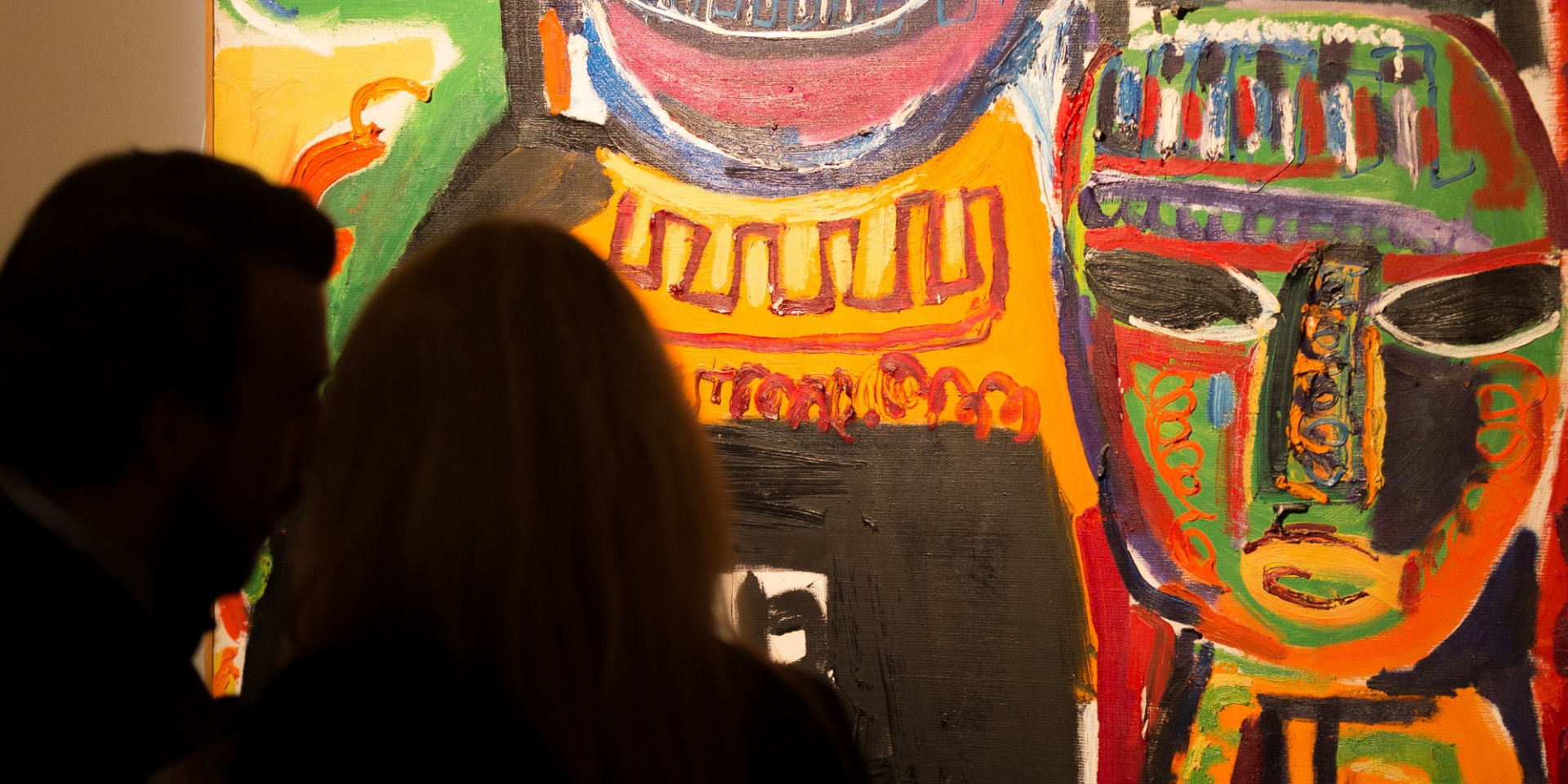 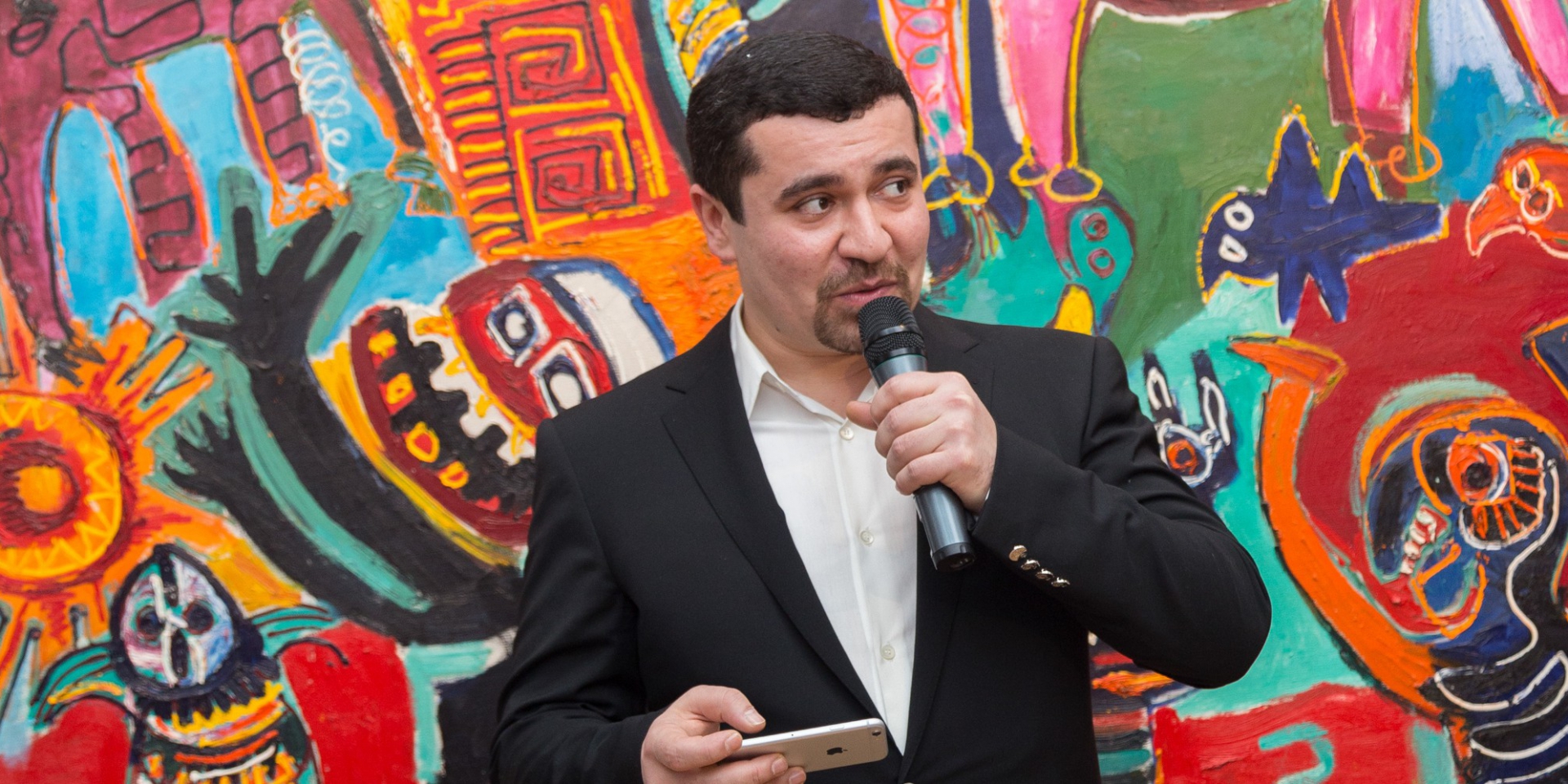 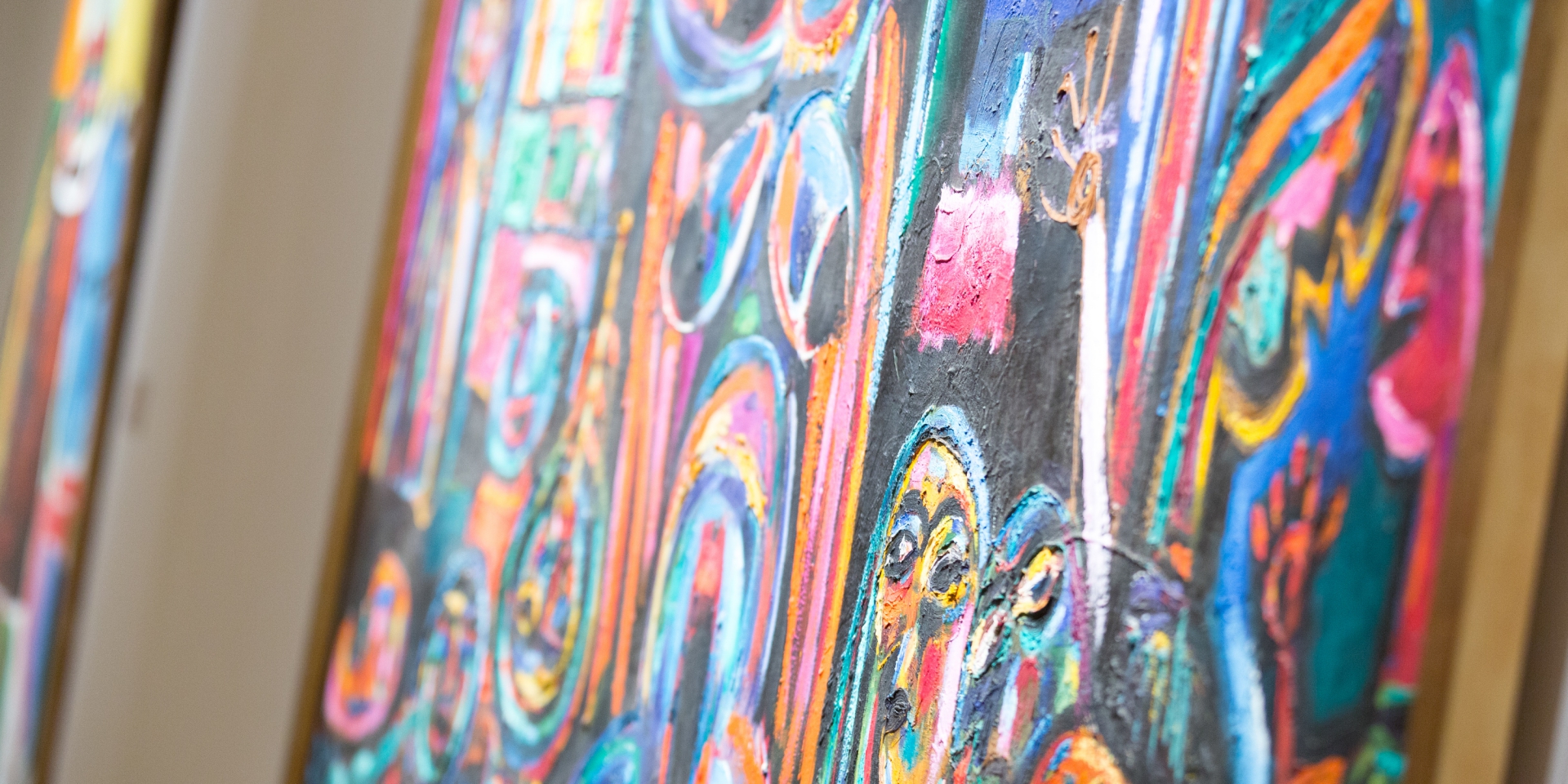 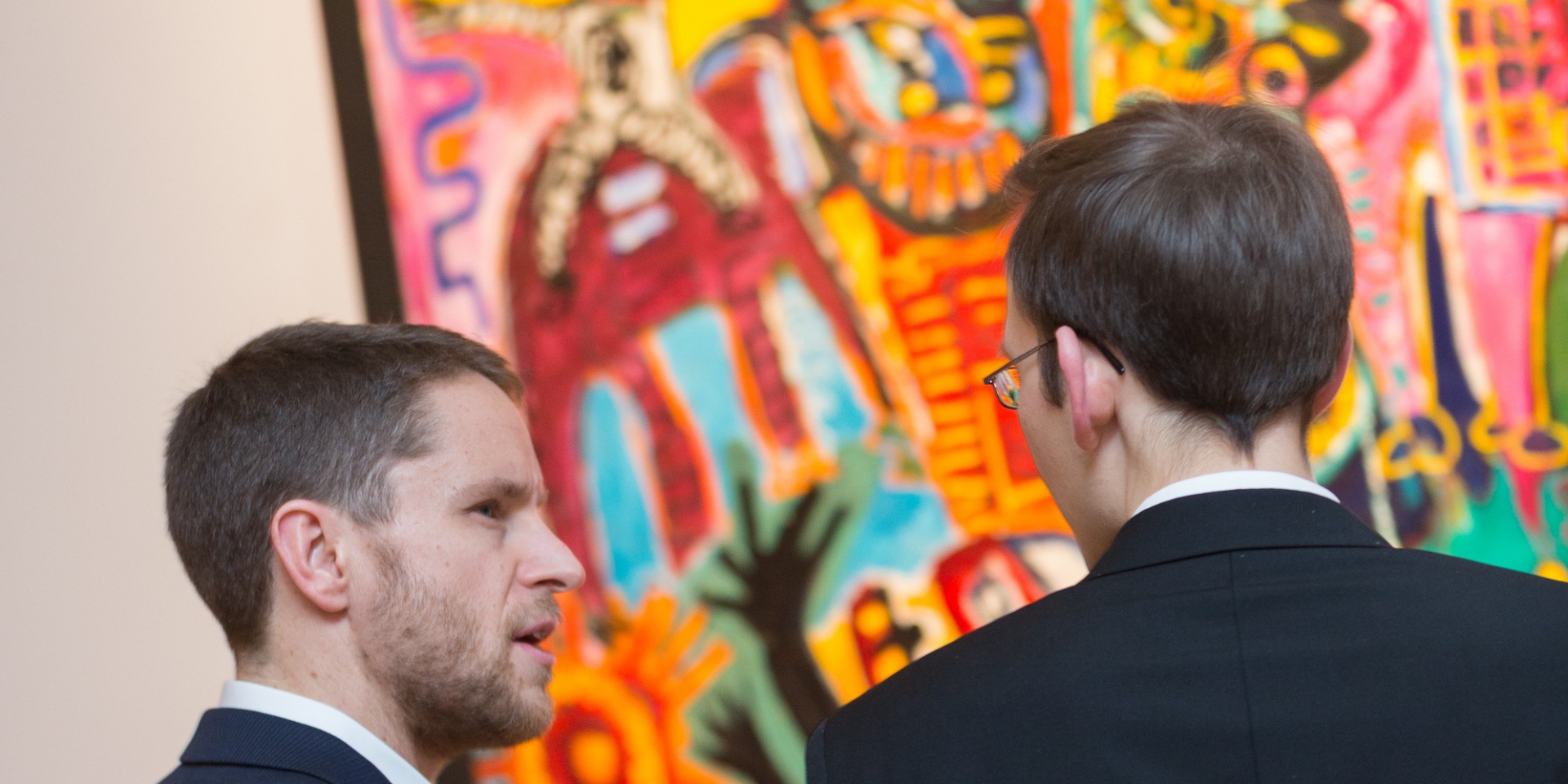 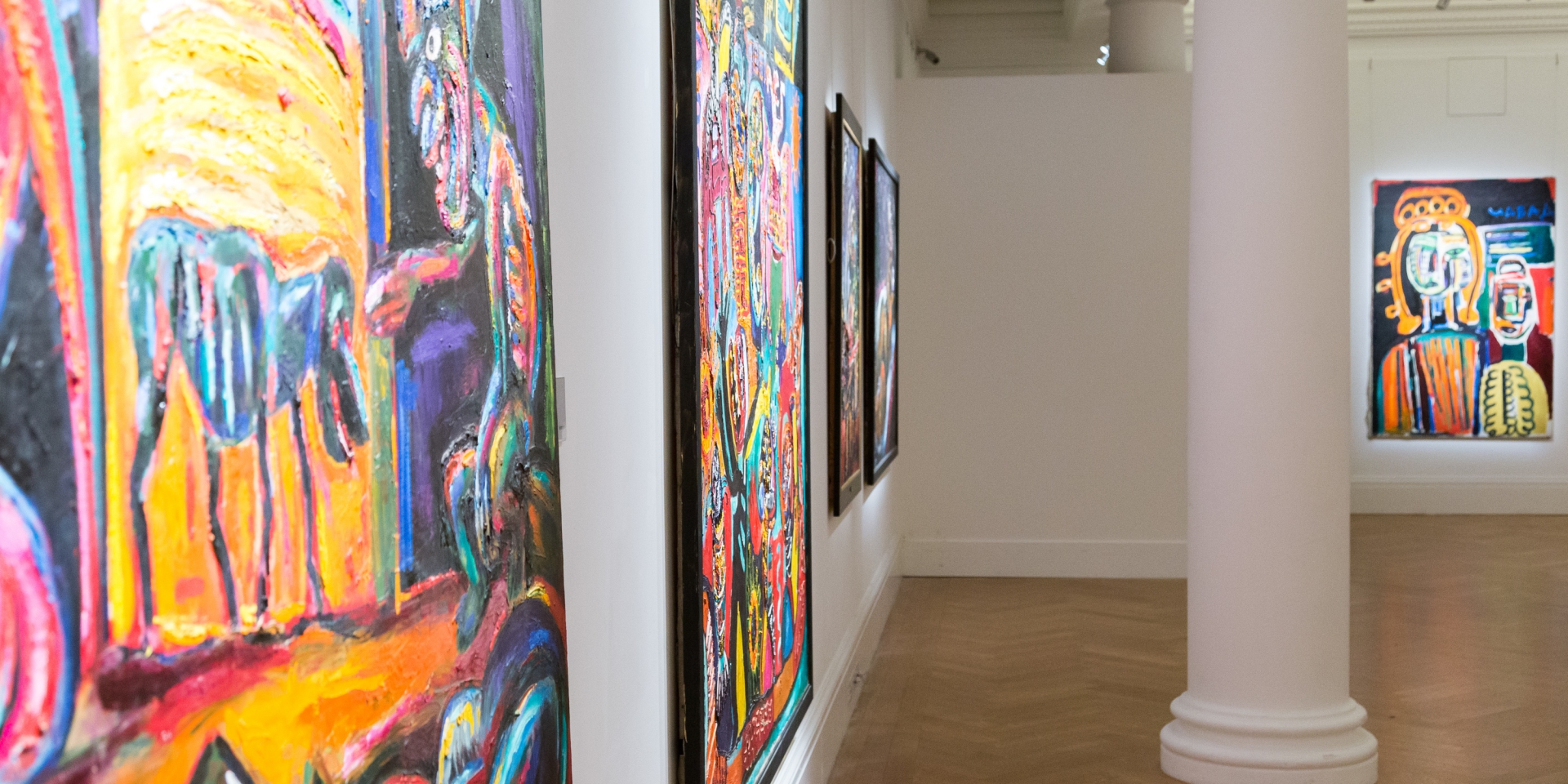 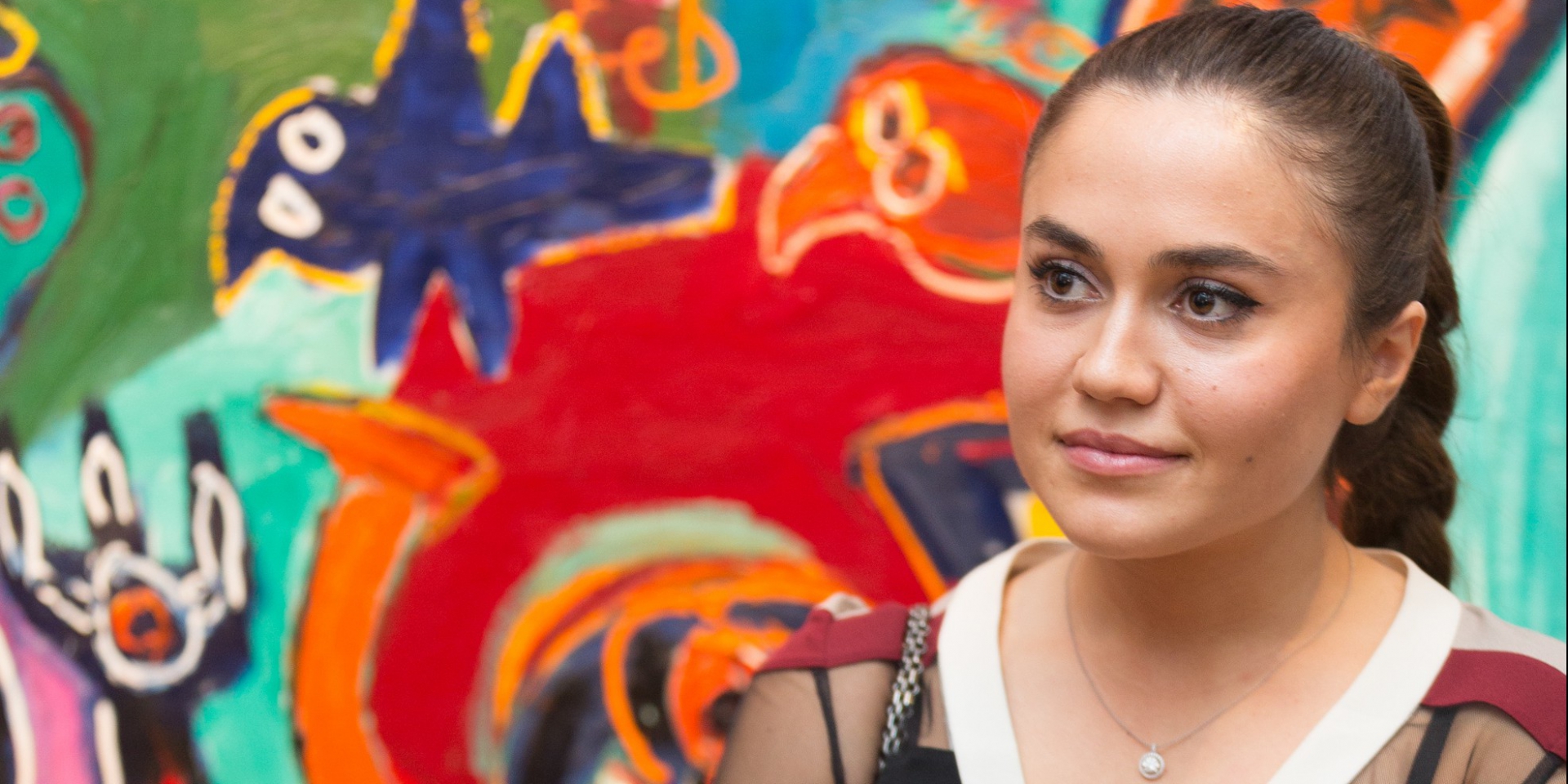 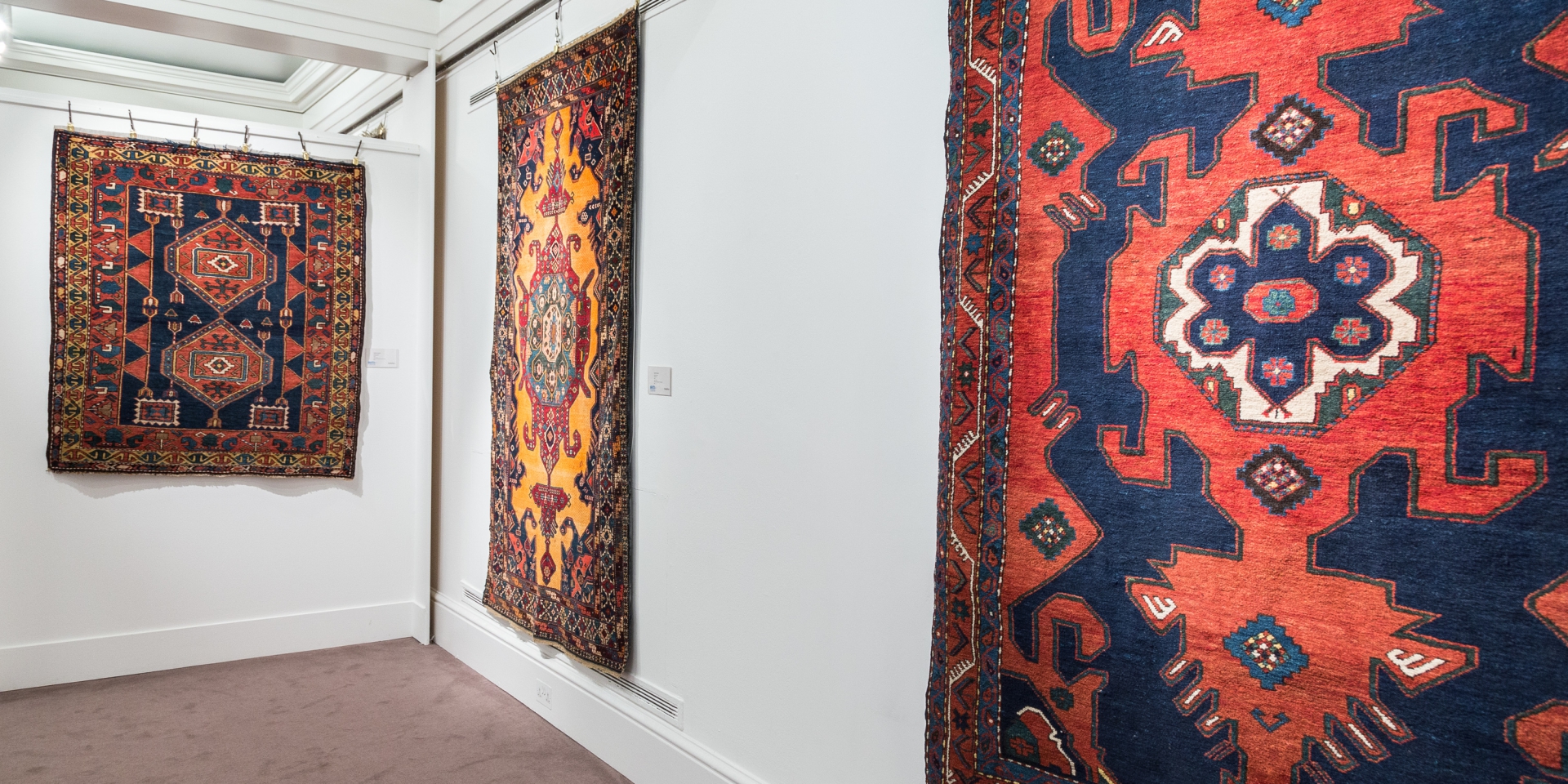 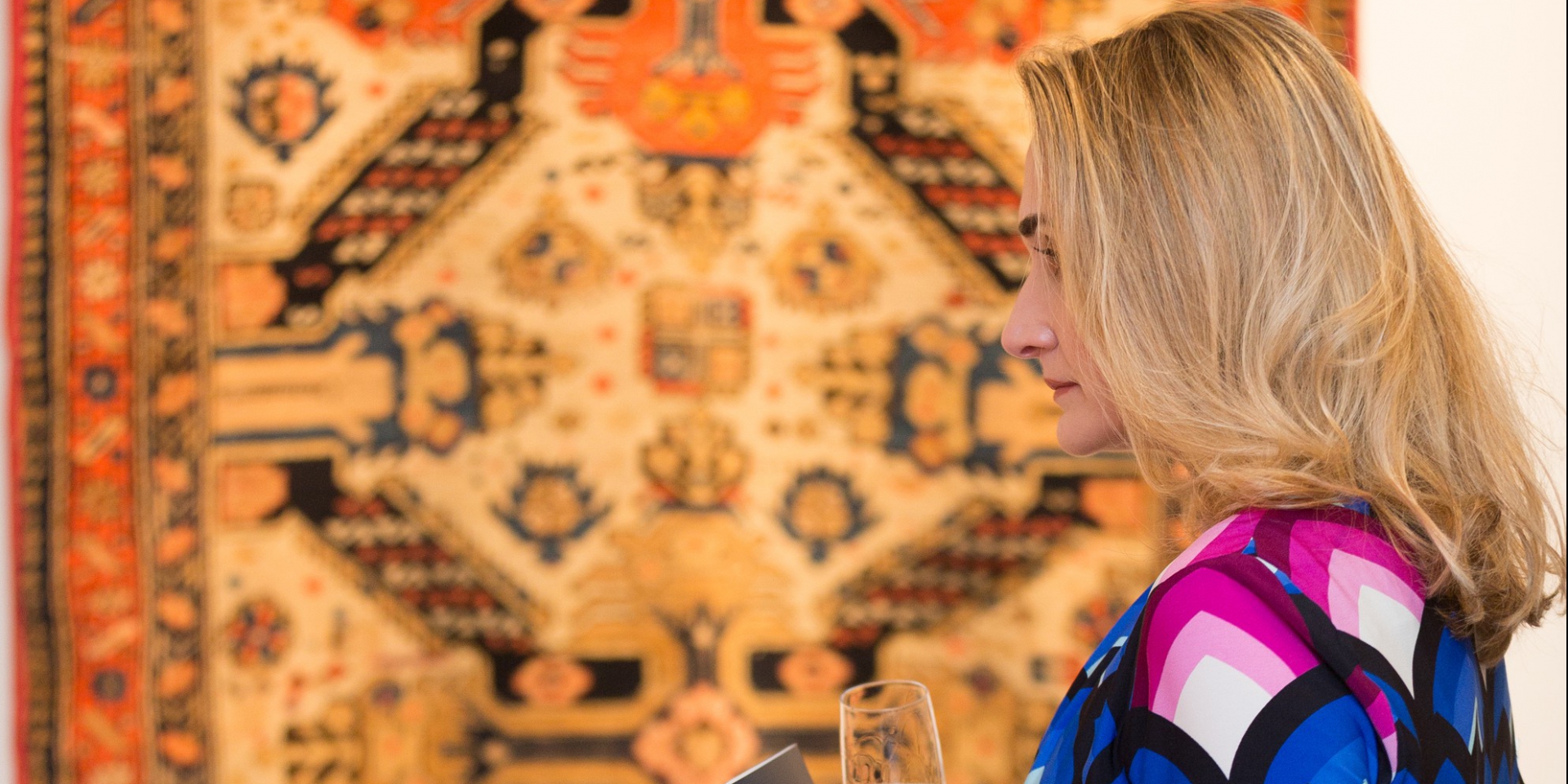 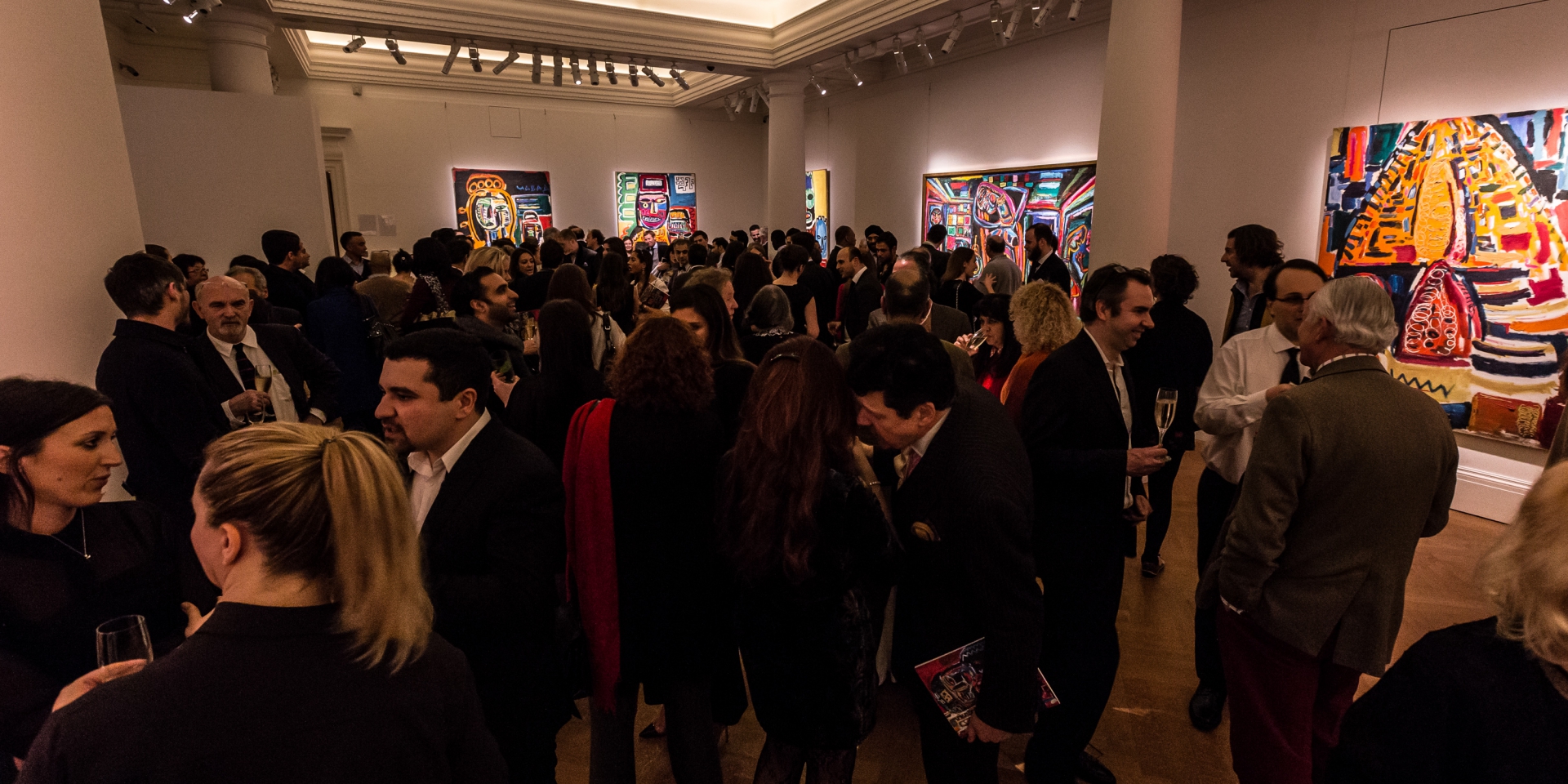 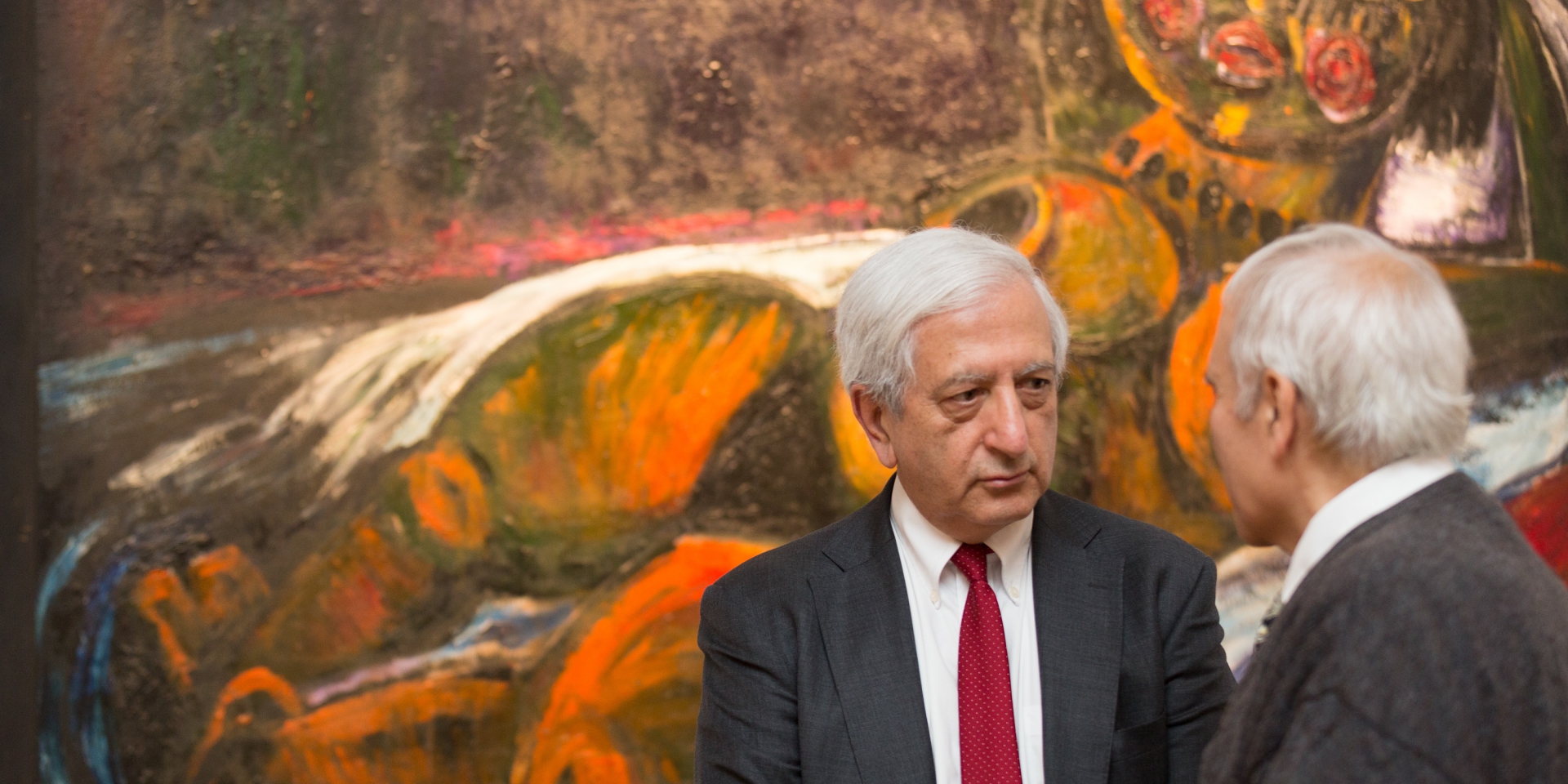 Javad Mirjavadov, one of Azerbaijan’s greatest 20th century painters, is famous for his huge, colourful canvases. His works are a riot of bright shades, a striking anti-thesis of the approved realist style of the age, and carry immediate reflections of the swirling masterpieces of Van Gogh – one of the forbidden painters whose work he managed to see in a locked storeroom at the Leningrad Hermitage in his student days.

This retrospective follows Buta’s successive display of unseen works by Tair Salakhov, founder of the gritty ‘severe style’ of realist art in the 1960s. That exhibition in the previous Buta festival prompted a re-evaluation of the importance of Salakhov’s work – and this display of Mirjavadov is sure to have a similar impact.

However the artists themselves could hardly be more different: where Salakhov is a painter of masterful restraint, Mirjavadov is a profoundly expressive user of vast spirals of colour. His work is intensely modern, perhaps surprisingly so given the institutionalised isolation of so much of the art of his Soviet contemporaries. Aside from Van Gogh, this is a visual language that recognises Picasso and Matisse – yet it also has surprising connections to one of Azerbaijan’s very own ancient decorative traditions.

The famous carpets of Azerbaijan are subtly woven into these painting. While the foreground subject might lack that geometric precision, the background detail often teems with those same geometric motifs. ‘The Zoroastrian Priestess’, from 1977, has a body made up of sinuous, buta-like shapes; her legs, eyes and breasts all have echoes of this tongue of flame. Later works like ‘Angel’ from 1987, with its crenelated motifs across the limbs of the stylized celestial messenger, or the enclosed rectangles of two maritime works, ‘Caspian Boat’ and ‘Mani’s Ship’ subtly show the influence of that ancient decorative style.

Mirjavadov, who died in 1992, spent much of his life battling against the obscurity forced upon him by the Soviet cultural system. His abstract style, far the heroic realism demanded by the authorities, kept him on the margins of the art world during his lifetime. But in recent years his work has been re-evaluated. The high-profile London show continues to introduce the wider art world to this very special talent.

A second display features some of Azerbaijan’s finest carpets. Aside from their beauty and their function, these are also representative of a nation and its history and culture. Their colour schemes and patterns encapsulate the beliefs, myths, traditions and hopes of the people who made them. Decorative motifs, including the ‘buta’ bud, carry great significance; specially-designed carpets are associated with each stage of life, from cradle to grave, via key milestones like marriage and having children. Images from everyday life – a woman with her hands on her hips, a ram’s horns – are transformed into highly stylised characters and incorporated into the design. The hands-on-hips represent fertility; the horns stand for masculine strength; combining the two, perhaps on a wedding carpet, expresses hopes of a fruitful union.

The world-famous fine art auction house, based on fashionable New Bond Street, has been synonymous with the top end of the art market since it was founded by Samuel Baker in 1744. Today it’s a multinational operation, combining regular sales – and setting regular records for the most expensive works of art ever purchased – with an extensive exhibition programme. Sotheby’s also has a long track record in exhibiting and selling artworks from the former Soviet Union – including an exhibition of the work of Baku-born Severe Style artist Tahir Salakhov in the 2009-2010 Buta Festival in London. In June 2014 its latest auction of Russian and former-Soviet art raised £21.4 million.